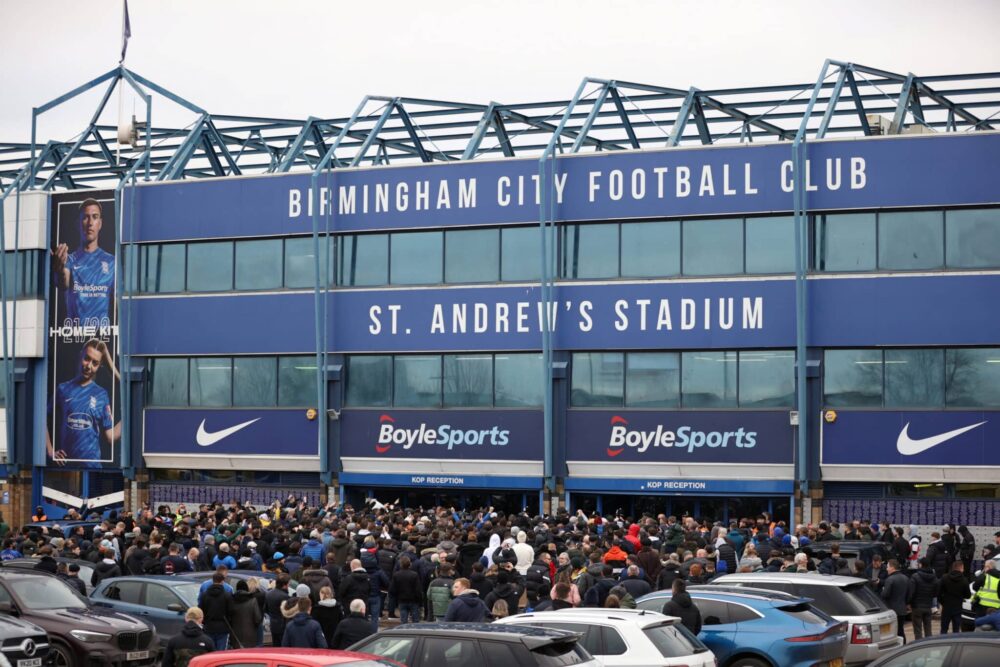 Punters love a big priced accumulator to place at the start of each football season and our four relegation tips will help you out for the 2022/23 campaign.

At the beginning of the season, if you ask the majority of football fans what they want their team to achieve this year the answer will be the same thing – to stay up and look forward from there!

Dan (@danlock123) takes a look at what teams are in trouble of facing the drop in 2022/2023 from the Championship, League One and League Two.

Are The Latics value to go straight back down? Can The Blues avoid the drop once more or is their time up?

As we know, the Championship is an almost impossible one to call. I’ve taken a look at a few sides who may well struggle this year and put forward one value selection.

Birmingham City (9/4 LiveScore Bet) – Once an established Premier League side and the League Cup Winners in 2010/2011, the Midlands team have spent the last 11 seasons plying their trade in the Championship. Things have been far from plain sailing for them since their ‘glory days’, and it could well be the year that they finally plummet to the lows of League One.

In the last 3 seasons, Birmingham have finished 18th, and 20th on 2 occasions. Manager Lee Bowyer has left the club and has been replaced by the inexperienced John Eustace, who takes his first managerial position having been assistant manager at fellow Championship outfit Queens Park Rangers.

They’ve hardly set the world alight in terms of summer transfers, and Blues fans should be very concerned that the current crop of players they have won’t be good enough to see them avoid relegation this year.

Wigan Athletic (4/1 Bet365) – Last years League One Champions look like excellent value to me at this stage of the transfer window, having not brought in any senior players. They have just lost one senior player in winger Gavin Massey, however I’m not confident the current crop of players they have will be strong enough to see them comfortably compete in this higher division.

They will look to forward Will Keane, who scored 26 League One Goals last term, to fire them to safety this season. His record in the Championship is rather underwhelming though, scoring just the 8 goals in 75 appearances. If he fails to turn that dire record around, I really think that The Latics will be in big trouble.

Play both Birmingham City @ 9/4 and Wigan Athletic @ 9/2 to be relegated as singles.

The ante-post market for relegation from League One is wide open, with Morecambe (11/10 William Hill) the favourites to face the drop and Lincoln City (7/2 William Hill) are also in danger. Amazingly, 10 sides are in between them in the current market ranging from odds of 6/4 to 10/3. I take a stab at one who may well struggle this year.

Port Vale (9/4 Willian Hill) – The Valiants stand out as the best piece of value to me at 2/1 to be relegated straight back to League Two, having won the Play Off Final at Wembley last season. They comfortably beat Mansfield Ttown 3-0. Striker James Wilson, once on the books of Manchester United, scored one that day and got the man of the match award. He will certainly need to be at his best if they’re to avoid the drop this year.

My main reason for siding with Port Vale is that they currently have just the 17 senior players on their books. Director of football David Flitcroft has stated that they won’t rush into making signings but I fear it could be too little too late for them as they prepare to adjust to life back in League One for the first time since 2017.

Will Hartlepool United start this year where they left off the last? Their fans will hope not…

Lastly I take a look at League Two, the dreaded drop from the Football League. Of course only 2 teams are relegated from this league, making it more difficult to predict who will fill those positions. However, I think I’ve found one at a price which may seem a steal in a few months to come.

Hartlepool United (9/2 with bet365) – Hartlepool finished 17th in the league last year, but finished the season in horrendous form. They were winless in their last 9, and were fortunate to have already done enough to see them anywhere near a relegation scrap at that point. That sort of form will not be good enough this year, and could see them in big trouble come the tail end of the season.

Luke Molyneux was their top scorer last season with 9 league goals, they will be looking for someone more prolific this year in order to see them away from the bottom 2 positions in the league. They’ve been busy in the transfer market, making 9 summer signings, 5 of those arriving from the Scottish Leagues. Worryingly, none of those are strikers. Experienced striker Omar Bogle has left for fellow League Two side Newport County, meaning there is a lack of depth and experience in the attacking department.

What is the William Hill sign-up offer and how do I claim it?