Are Chelsea still in the hunt for the Premier League title? 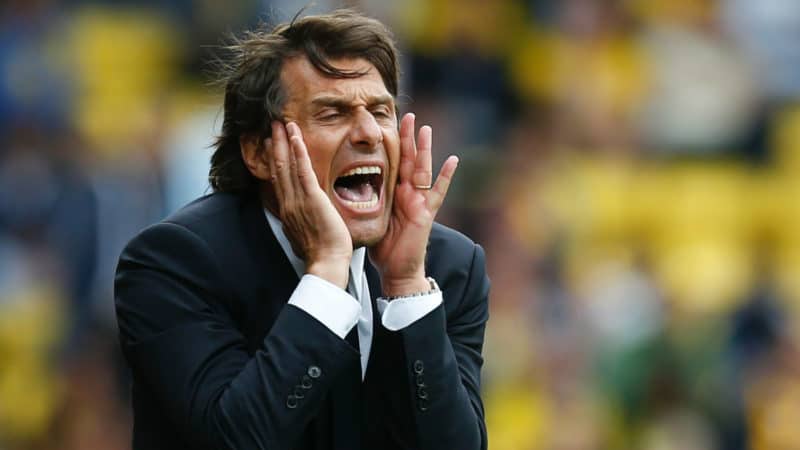 Blues fans far and wide will be looking to forget last weekend’s results with immediate effect. Antonio Conte’s side dropped all three points against a struggling Crystal Palace outfit who were yet to find the back of the net across all seven of their previous Premier League outings.

Yet whilst their counterparts in Manchester seem to be stealing a march on the current  Premier League title race, would it be unwise to disregard Conte’s once formidable Blues with so much of the ongoing league campaign left to be decided?

Chelsea currently remain in fifth position with just 13 points to their name. They have already lost on three separate occasions so far this season, which simply doesn’t bode too well for their upcoming title ambitions.

Without Diego Costa operating up top for the Blues, Antonio Conte’s side have arguably lost a great deal of the former fear-factor that made them oh so formidable among their previous league endeavours. Now, supposedly inferior sides such as Burnley and Crystal Palace no longer seem intimidated by what Chelsea have to offer, signalling a clear change in atmosphere down at Stamford Bridge.

We can all see it in the way this team go about their business. Although Alvaro Morata has shone rather brightly among the English top-flight thus far, it remains to be seen whether or not the side-lined Spanish international has what it takes to completely usurp Diego Costa as Chelsea’s most effective frontman in recent memory.

Chelsea trying to fit in the PL title race pic.twitter.com/bukeBqs2bC

Yet even with that particular notion in mind, Chelsea currently find themselves just a few consecutive wins away from claiming top-spot. Each of Liverpool and Arsenal arguably play host to clearly weakened squads compared to what Chelsea have at their disposal, whilst few within the English footballing community expect either Tottenham or Manchester United to maintain their strong form from now until the end of the season.

Manchester City therefore remain Chelsea’s most significant problem when it comes to reclaiming that illustrious Premier League title as their own. Pep Guardiola has his side operating at full throttle at this particular stage in the proceedings – so unless Chelsea somehow strike upon an unrivalled winning formula sooner rather than later – it’s going to be difficult to envisage Manchester City being toppled from the top of the table.

Should Chelsea serve to improve upon the surprise defensive frailties they have shown in recent weeks, perhaps Antonio Conte’s Blues will stand a greater chance. With one or two key signings made throughout the upcoming January transfer window, Chelsea could well be operating in full force once again.

Do Chelsea have the squad to get back in this title race? ? #CFC pic.twitter.com/SxtMjFFNmx

If Michy Batshuayi can step up alongside Alvaro Morata and wholeheartedly prove his worth in front of the determined Stamford Bridge faithful, Blues fans could soon be laughing. It’s going to be extremely difficult for this team to make amends for their faltering start to the 2017/18 campaign, but stranger things have certainly happened.

With so much left to play for among the current Premier League season – rest assured avid football fans, this particular title race certainly won’t be over until the fat lady sings…