Mauricio Pochettino charged for his altercation with Mike Dean 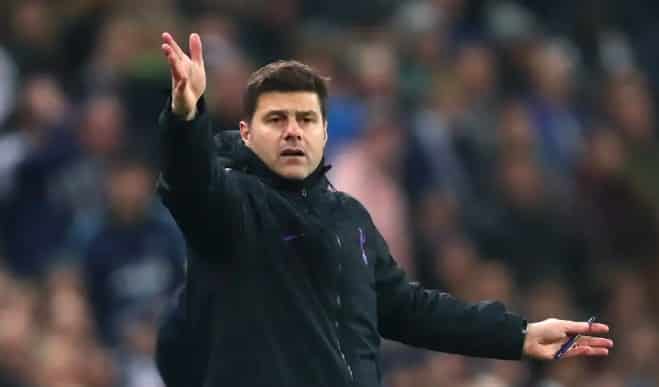 Tottenham boss Mauricio Pochettino has been charged with improper conduct by the FA following his behaviour at the end of their 2-1 defeat at Burnley.

With Spurs’ title ambitions taking another huge dent at Turf Moor on Saturday, the Argentine angrily confronted referee Mike Dean and also argued with the fourth official during the match.

The FA’s announcement comes only hours after it was confirmed that Dean had been removed from his role as fourth official for Spurs’ game at Stamford Bridge on Wednesday.

Pochettino in trouble with the FA

After seeing their four-match winning streak come to an abrupt end, Pochettino, who was joined by his assistant manager Jesus Perez began berating Dean.

Spurs were angry about a decision to award a corner to Burnley from which Chris Wood opened the scoring, though Pochettino accepted after the match that he had “made a mistake” in confronting Dean.

Despite publically apologising to Dean, the FA alleges that the 46-year-old’s behaviour at the end of the game, both on the pitch and around the tunnel area, amounted to improper conduct.

In a statement released by the FA on Monday afternoon they said:

“Mauricio Pochettino has been charged with two breaches of FA Rule E3 following the game against Burnley on Saturday [23 February 2019].

“It is alleged the Tottenham Hotspur manager’s language and/or behaviour at the end of the fixture – both on the pitch and in or around the tunnel area – amounted to improper conduct.

Speaking after their defeat on Saturday, Pochettino confessed that he would not challenge any punishment that is handed down due to his behaviour.

If the Football Association do hand down a charge, Pochettino could likely be handed a touchline ban for next weekend’s North London derby.

With or without Pochettino in the dugout, Tottenham will know that they must bounce immediately back from yet another upset in West Yorkshire.

Once again sat five points adrift of the leading pack, Spurs will travel to Stamford Bridge on Wednesday night, desperate to capitalise on the uncomfortable atmosphere in Maurizio Sarri’s camp.