Must Olivier Giroud seek to leave the Emirates this January? 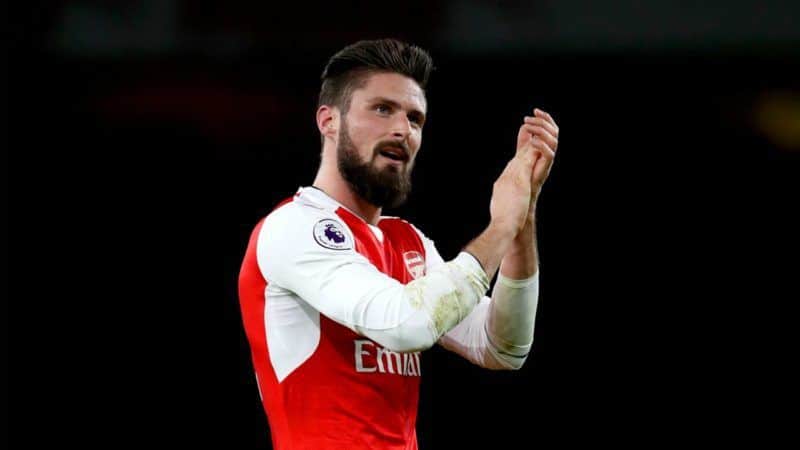 Olivier Giroud has proven something of a captivating personality ever since he first arrived in North London in the summer of 2012. He has gone on to score over 70 league goals for the Gunners, whilst playing numerous roles for his native France upon the prestigious international stage.

With the January transfer window fast approaching, it seems as if the hotly debated striker will once again be offered the chance to part ways with Arsenal, the club that brought him to the Premier League and helped him establish his name among the English top-flight.

Arsene Wenger has recently distanced himself with claims suggesting Giroud could leave the club this January. After the striker came off the bench to salvage his team a point last time out at Southampton, it’s easy to see why his manager is apparently so keen not to let him go.

Yet Arsene can’t have it both ways. If he really wants to keep Giroud on board at the Emirates, he must first offer him a starting role at the club between now and the beginning of the New Year. If Wenger seemingly fails to do so, there will be plenty of potential suitors looking to pick up the Frenchman’s signature, even if only on a temporary basis at first.

Giroud saves us from another Alexis disasterclass. The real example of ‘winning mentality’ at this club.

Whilst Alexandre Lacazette is yet to announce himself in truly rip-roaring fashion within the English Premier League, Olivier Giroud continues to score goals from the bench and bail his team out of numerous tricky situations time and time again. In some ways, the striker’s recent contribution has been a priceless addition for the Gunners.

He possesses the ability to link-up effectively and energetically with his teammates all across the final third. Whilst Giroud is by no means something of a world beater with the ball at his feet, the striker’s quick passing and intelligent positional play is often criminally underrated in the face of his supposedly superior counterparts.

Then again, maybe Giroud simply fails to represent a big enough name to successfully lead the Arsenal front-line for several more years to come. The Frenchman has never been totally accepted at the Emirates. Regardless of everything he has so far achieved in an Arsenal shirt, the Gunners faithful are notorious for always expecting more.

When you go from watching the likes of Thierry Henry and Dennis Bergkamp on a weekly basis, perhaps a striker of Giroud’s respective calibre will never quite fit the bill. Although the former Ligue 1 favourite continues to impress among the current Premier League scene, maybe Arsenal would begin to see the very best of Alexis Sanchez and Mesut Ozil with someone more like-minded operating alongside them.

How many times does Giroud save Arsenal and yet he’ll still get disrespected week in week out smh.

Now that Arsenal have paid a great deal of money to Olympique Lyonnais for the services of Alexandre Lacazette, Giroud’s long-term future at the club remains far from confirmed. In the eyes of some, he simply must leave the Emirates this January in order to save his top-flight career and make the French national squad for the upcoming 2018 World Cup in Russia.

Questions would nonetheless be asked of Arsene Wenger for allowing Giroud to leave North London this January, in a move that could seriously damage the Gunners’ title chances should the club’s dreaded injury curse come round to haunt the Emirates faithful once again.

Olivier Giroud gets so much criticism yet when we need a goal, he is always to the rescue.
Such an underrated player at this club, our Solsjkaer.

Yet perhaps the writing is already on the wall for Olivier Giroud and his upcoming international ambitions. If the striker fails to leave his current employers for pastures new this winter, he could effectively be kissing those dreams of playing at the 2018 World Cup goodbye – and no one really want to see that happen, now do they?