This weekend’s footy accumulator bet is a 5-fold from the 3pm kick-offs in England and Scotland. The odds for the tip are 15/1 at Coral so a £10 bet will return £160 if all five teams win their matches.

Promotion and relegation issues dominate this Saturday accumulator betting tip which includes Swansea’s attempt to mount a late play-off challenge and Rotherham’s aims of avoiding relegation when travelling to West Brom. League One action is also covered with lowly Walsall facing a difficult task when hosting Peterborough and Barnsley hoping to enhance their promotion ambitions when entertaining Blackpool. Scottish Premiership action is also featured with Motherwell likely to confirm the relegation of Dundee.

Open a Coral account and get THREE free £10 accumulator bets.

Today’s accumulator picks are all researched by our tipster and the reasons each selection has been made can be seen below. Once you have read about the picks it’s up to you to decide whether to bet on today’s 5-fold.

Three successive Championship defeats have ended the promotion hopes of Hull and those aspirations have not been helped by their recent poor form on the road. The Tigers have earned just three points on away soil since the beginning of February when clinching a 2-0 win at relegated Ipswich last month. Hull now travel to Swansea with the hosts becoming outside contenders to secure a promotion playoff berth. Although the Swans are not a reliable team on away soil, they have won six consecutive league matches at the Liberty Stadium and are tipped to claim another three points from this encounter.

Relegation from the Championship is becoming increasingly likely for Rotherham as their defensive problems show no signs of easing. The Millers have netted in each of their last eight matches but have conceded twenty-one goals in those same fixtures, while also winning just one away match this season when beating out-of-form QPR. A visit to West Brom now awaits with the hosts scoring at least three goals in winning their previous four contests at the Hawthorns. Despite Rotherham opening the scoring in four matches this month, their defence may be breached several times by a potent home attack.

With just two fixtures remaining of their League One campaign, Barnsley could clinch automatic promotion by winning those two games. A 3-1 defeat at Burton earlier this month threatened to end those ambitions but three successive subsequent victories with at least two goals scored per game have boosted the Tykes. Blackpool will be their visitors on Saturday and they will be aware that the hosts have yet to lose a league game at Oakwell this term, while the Tangerines have won just twice in nine outings including the defeat of bottom team Bradford. A home win is likely.

During the early stages of the League One campaign, Walsall were considered as outside contenders for promotion but they now appear doomed to relegation after claiming just one point from eight previous matches. The Saddlers need to win this game and hope for favourable results elsewhere but visitors Peterborough are unbeaten in five outings and can still secure a promotion playoff berth. Posh fought back from conceding a late goal against Sunderland on Saturday to net an even later equaliser, and they could earn a third victory this month.

Any hopes of avoiding relegation from the Scottish Premiership now seemed to have ended for Dundee after losing eight successive league games. The Dee were jeered by their away supporters during a poor 2-0 loss at St Johnstone on Saturday and they now face a Motherwell outfit set for a lower mid-table finish. A recent 3-0 defeat by Rangers ended a five-game winning sequence for Motherwell on home soil but they should claim another three points at Fir Park and condemn the visitors to relegation.

Bet £10 on this accumulator with a new Coral account 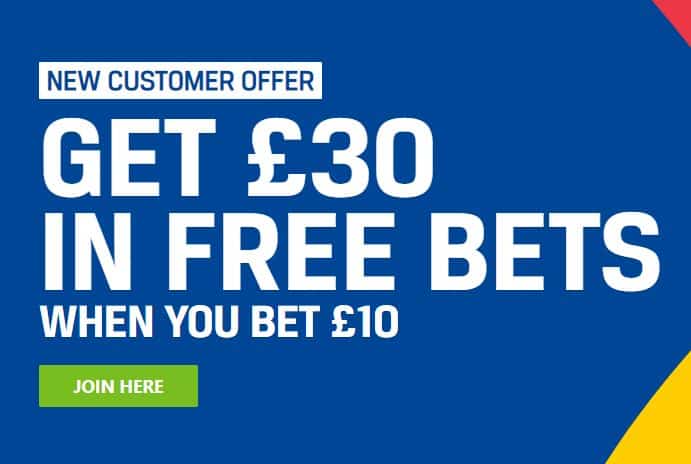