Sheffield United to have a ‘Healthy’ Budget in the Premier League 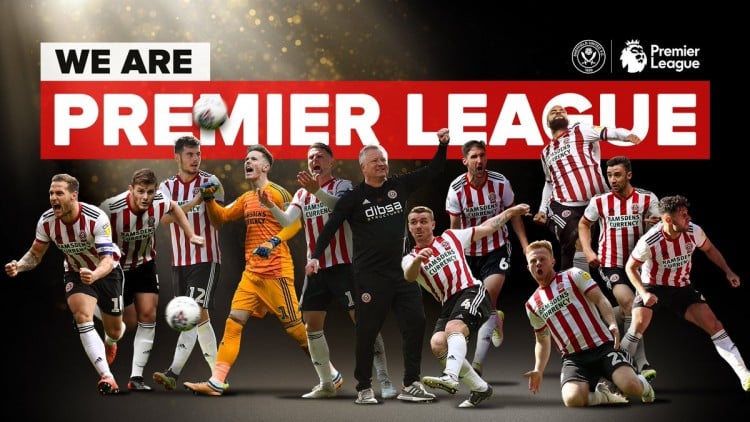 Sheffield United secured their promotion back to the Premier League when finishing second in the Championship this season, and now Chris Wilder has been told he’ll have a ‘healthy’ budget for their first assault back in the top flight.

It is claimed that the manager will look close to home for new recruits because he wants the new players to have the right mentality to join his revolution at Bramall Lane. The togetherness he has created got them to the Premier League, and now he’ll be looking to keep them there with a largely UK and Irish squad of players.

“We’ve not had the ability to put three or four scouts in every country in Europe because obviously that’s a cost.

“We don’t shy away from foreign players, but they would have to fit into the togetherness and mentality of what we’ve created.

“People have cottoned on that there’s money in the Premier League and European agents are trying to move their players in. But many of them are expensive.

“It’s suited us when we’ve gone British and I don’t think we’re going to veer away from that too much.”

What will Sheffield United’s Transfer Budget be?

The current season has only just finished but there will already be plans going on behind the scenes at Bramall Lane, and the Chairman Kevin McCabe has been talking about the Sheffield United transfer budget. He said:

“Let’s just say it’ll be a healthy one.

“We’re not in the Premier League for fun and when you play in any market, you can’t buck it.

“We accept that the world of football sees clubs go down. In recent times ourselves, Sunderland very recently, Norwich in years gone by, Leeds United, Wednesday etc.

“We’ve got to plan in the Premier League to have a nucleus of a squad that will maintain its position, but that if we did come on hard times, we wouldn’t go down with a massive, massive tumble.”

The Blades had quite a few players on loan last season and Dean Henderson is one player they seem keen to keep hold of. The youngster is unlikely to get chances at his parent club Manchester United, so it may be wise for him to either move to Sheff United permanently, or renew his loan for another season.

Scott Hogan and Gary Madine are two more players who were on loan with Chris Wilder’s side last season, and their deals could be made permanent.

In the other newspaper rumours, Sheffield United and Aston Villa have both been linked with a move for Stephane Bahoken, who has scored 11 goals in Ligue 1 for Angers this season.

Tigres right back Luis Advincula is a target for both Sheffield United and Norwich City, with Benfica also interested.

The following five players will all leave Sheffield United when their contracts expire at the end of this season: Martin Cranie, Conor Washington, Daniel Lafferty and Caolan Lavery and Paul Coutts.

Never too early for a bit of Sweet Caroline.

Sheffield United players are set for a big one today!pic.twitter.com/74IMzrL1Y9