Tottenham play Manchester City in the Champions League quarter final first leg tonight and there are a few injury worries for both teams, so how will the sides line-up at the Tottenham Hotspur Stadium for this one?

Eric Dier, Erik Lamela and Serge Aurier are all expected to miss this match but Pochettino will be able to pick his first choice attacking players if he wants to. Harry Kane has been his usual brilliant self this season and helped Spurs though against Dortmund in the last round.

Son, Alli and Eriksen are all expected to start the match as well as Spurs look to get a first leg lead before the second leg at the Etihad Stadium in a weeks time.

Sissoko and Winks are set to be the midfield shields for the defence tonight and they’ll have a tough job against a strong Manchester City line-up. 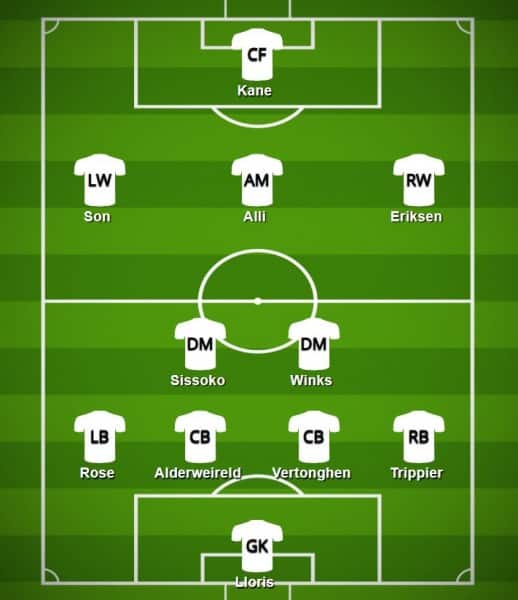 Sergio Aguero has returned to training and might be fit to start for Man City tonight, which would be a huge boost for Pep Guardiola.

Elsewhere, Kyle Walker is a doubt after picking up a knock in the FA Cup semi-final against Brighton so Danilo could play right-back.

Oleksandr Zinchenko, Fabian Delph and Claudio Bravo are all out injured but Benjamin Mendy came though the FA Cup semi-final and should keep his place at left-back.

Kevin De Bruyne might keep his place depending on his fitness. 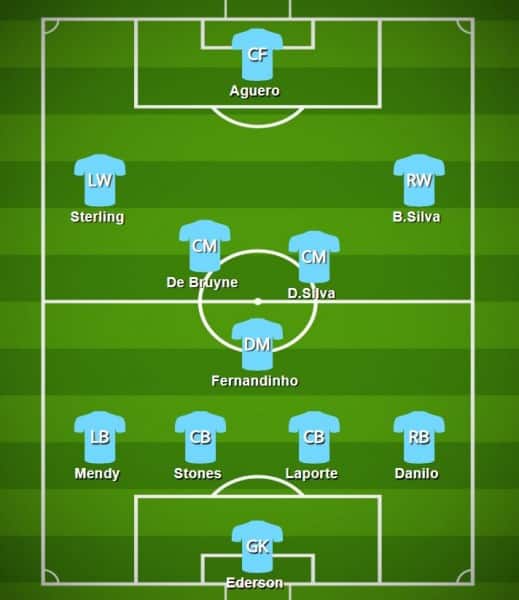 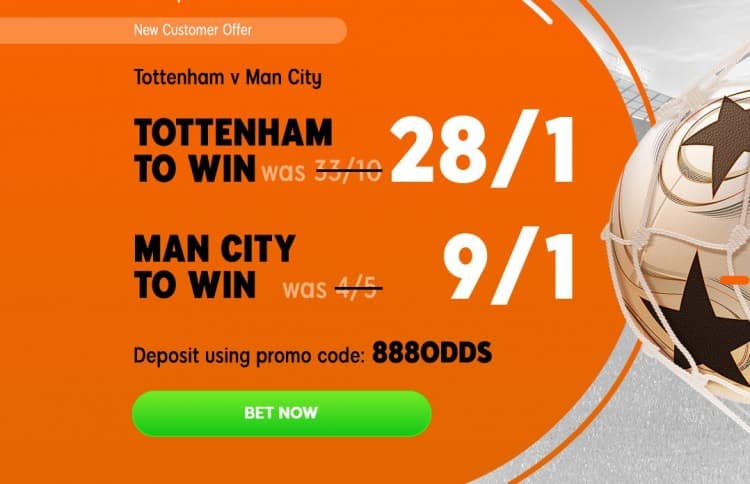 Read More: See our Tottenham vs Manchester City predictions or our Liverpool vs Porto predictions for tonight’s matches.