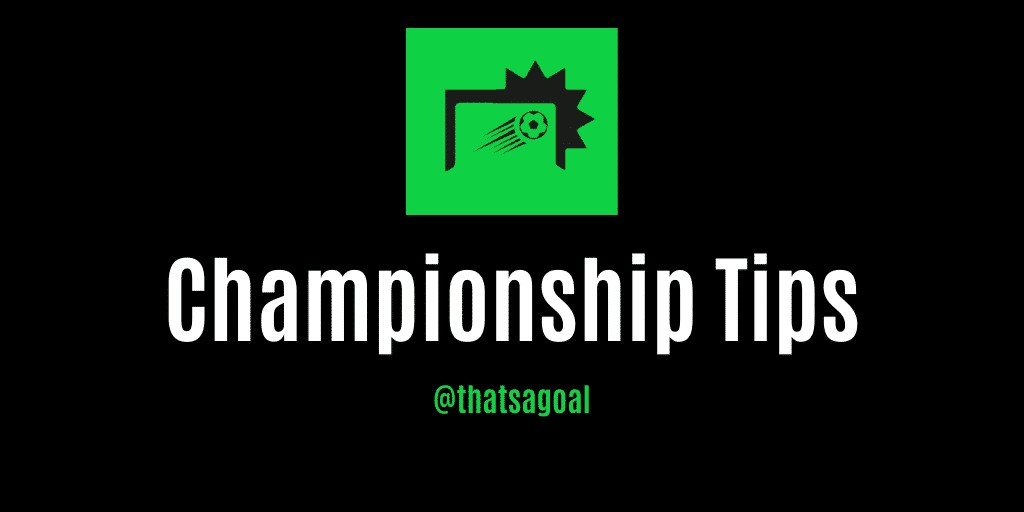 There is another round of Championship matches taking place this weekend and we have taken a look at some of the key matches and picked out betting tips for each game – the fixtures include West Brom vs Nottingham Forest, Birmingham vs Brentford and Preston vs Millwall

As well as a prediction for many of the Saturday games, you also will see a Championship accumulator tip at the bottom selecting bets from a few of the games using the William Hill bet £10 get £30 sign-up offer, meaning you’ll get 2 x £15 free bets when you open an account and place a £10 bet on our League One betting tips.

West Brom opened up the gap at the top of the Championship table with a victory over Reading in midweek. The Baggies have overcome their wobble and they have now put together a run of three consecutive victories. They’ve been arguably much better on the road this season and have won less than 50% of their matches the Hawthorns this season.

They have benefitted from the return of Matheus Pereira, and the addition of Callum Robinson has also helped add some more zest to proceedings. Slaven Bilic now has a big enough squad to rotate and he may choose to make some changes for this weekend’s clash with Forest.

The visitors beat Leeds seven days ago before inexplicably slipping up against lowly Charlton in midweek. The Tricky Trees tend to struggle against sides in the lower reaches of the table and they often find it tough when asked to play on the front foot. Sabri Lamouchi made some changes in midweek, and he is unlikely to repeat that trick here. Lessons have been learnt and Forest could be very dangerous on the break here. Don’t be surprised if they nick it.

Birmingham come into this game as one of the form sides in the division with the Blues having won three games in a row. They’re five unbeaten in the Championship and will be full of confidence coming into this tie. Scott Hogan’s arrival has coincided with an upturn in form and the striker has linked up very effectively with Lukas Jutkiewicz.

Tuesday’s 1-0 victory was their first clean sheet since October 22nd, and they’ll be keen to make it back-to-back shutouts here.

On the opening day of the season, Brum pulled off a huge shock by beating Brentford 1-0 with their only shot of the game. The Bees will be desperate for revenge this weekend.

The West London outfit have been superb this season, although their away form is occasionally patchy. They drew 1-1 with Leeds in midweek, although they were far from swashbuckling.

Having won just two of their last five on the road, it’s hard to trust Thomas Frank’s men away from Griffin Park, so backing BTTS may be the best way to approach this one.

Cardiff got back to winning ways in midweek with an emphatic victory over Huddersfield at the John Smith’s Stadium. They have lost just twice since Neil Harris took over in South Wales and they are yet to be defeated at home since the former Millwall gaffer arrived.

Lee Tomlin has proved to be the match-winner on multiple occasions, however the likes of Callum Paterson, Josh Murphy and Robert Glatzel have also chipped in recently.

The Bluebirds have also kept consecutive clean sheets coming into this tie and they’ll be full of confidence ahead of this clash with struggling Wigan.

Paul Cook’s men are showing some fight and they picked up another important point in midweek at home to Middlesbrough. Last weekend’s display against Preston was hugely disappointing, although they will be buoyed by the fact that they’ve won two of their last three away games.

They’ve kept just one clean sheet in their last nine matches and could struggle against a decent Cardiff side.

On the opening day of the 2019-2020 season, Barnsley shocked Fulham by beating the Cottagers at Oakwell. A solitary goal was enough to secure all three points, however, since that day, these two clubs have gone in opposite directions. The West Londoners are challenging for a top two position, whilst the Tykes are struggling at the bottom.

Scott Parker’s men could only pick up a point in midweek at Millwall, and are now unbeaten in six matches. Aleksandar Mitrovic continues to plunder goals and remains one the biggest threats at this level. At the other end, Michael Hector’s arrival has helped them tighten things up at the back and fans will be feeling confidence about their side’s chances in this contest.

Barnsley suffered another defeat in midweek, going down 1-0 at home to Brum. The South Yorkshire club have struggled to score goals in recent weeks and Gerhard Struber must find a way to get his side firing again. Away from home, they’ve lost three consecutive matches and their fortunes are unlikely to change here.

Despite a mini mid-season wobble, Preston remain in play-off contention and credit must go to Alex Neil for keeping his side amongst the top six challengers. PNE are extremely tough to beat and were victorious once again at Stoke. They’ve won four of their last five, including each of their last three away games.

Although they have scored the most home goals in the division, they have dropped some points recently, and failed to beat Swansea, Middlesbrough and Reading.

Ben Pearson has been key to them this season, whilst the impress Tom Barkhuizen continues to fire Preston up the table.

Millwall held Fulham to a point in midweek and Gary Rowett’s side continue to make themselves incredibly difficult to beat. Since the former Derby boss arrived, they’ve endeavoured to play better football, although that proved more of a hindrance against WBA six days ago.

Jed Wallace remains their biggest threat and he is on song, they have every chance. However, an in-form and confident PNE could nick this by a single goal.

Sheffield Wednesday are struggling and the Owls suffered yet another defeat in midweek when slipping up at bottom club Luton. There have been some murmurings of discontent amongst supporters and Garry Monk must quickly turn things around.

They’ve won just once since Boxing Day and have slipped to 15th in the Championship table. Since beating Bristol City on December 22nd, they’ve failed to win at Hillsborough and have failed to find the net in each of their last three. They need to bounce back here.

Reading are also out of form, and the Royals slipped up against in midweek. Although they took the lead, they weren’t able to hold on against West Brom and have now failed to take maximum points since NYD. They’ve scored just two goals in their last three away goals and haven’t netted more than a single goal in any of their last seven.

Neither side are in vintage form and this could be a difficult watch.