There’s are just two points between these two sides.

Fulham are odds-on favourites for this West London clash on Friday evening. The Cottagers got back to winning ways against Birmingham a fortnight ago and can be backed at 3/4 with Coral to make it back-to-back victories in the Championship.

The Cottagers have been a little hit and miss at Craven Cottage this season although they have won four of the six games against sides below them in the table.

QPR slipped up at Elland Road during their last away trip so you might need a risk free bet from Unibet to bet on them, but face a much shorter trip this weekend. They can be backed at 10/3 to clinch all three points and register fifth away victory of the campaign. It’s 3/1 for the game to end all-square whilst it’s 8/13 for Over 2.5 Goals in this tie.

The Cottagers were expected to be competing for promotion this season and whilst it’s far too early to write them off, they will be disappointed to sit seventh at this stage of the campaign. Scott Parker’s side have had plenty of possession and they have enjoyed some decent results at Craven Cottage, although they’ve suffered a couple of damaging defeats along the way (vs Hull and Forest). Fulham will have to do things the hard way on Friday night as they will be without Aleksandar Mitrovic, who is suspended for this crucial tie. The Serbian striker has been in blistering form on International Duty this week, although his accumulation of yellow cards will result in him sitting out of this one. He’s scored 50% of Fulham’s goals this season with twelve so far and his firepower will be much missed here.

QPR have overachieved this season and Mark Warburton’s young side are always dangerous in the final third. The R’s have scored plenty of goals although they rarely keep clean sheets. On the road, they’ve won four times with each of those victories arriving by a single goal. They are also yet to keep the opposition off the scoresheet on their travels and if they are to collect three points here – they are likely to do things the hard way. QPR are now winless in four Championship matches and they will be desperate to get back to winning ways in this fixture.

There are usually goals between these two sides and this game is likely to follow suit. It’s now 16 matches since QPR kept a clean sheet and they are unlikely to keep Fulham off the score-sheet. Even without Mitrovic, the Cottagers still have plenty of dangers with Tom Cairney, Anthony Knockaert and Ivan Cavaleiro all in decent enough form.

The last three fixtures between these sides at this venue have ended 2-2, 1-2 and 4-0 and this game shouldn’t scrimp on the entertainment.

Likewise, it could be worth backing Ivan Cavaleiro for an anytime goalscorer tip. The winger has scored four times and claimed four assists so far this season with 75% of those arriving at Craven Cottage. He tends to save his best for this venue and is 2/1 with Bet365 to notch anytime in this one.

4 If it’s ANY other result, you get a £30 in free bets to use across the rest of the weekend 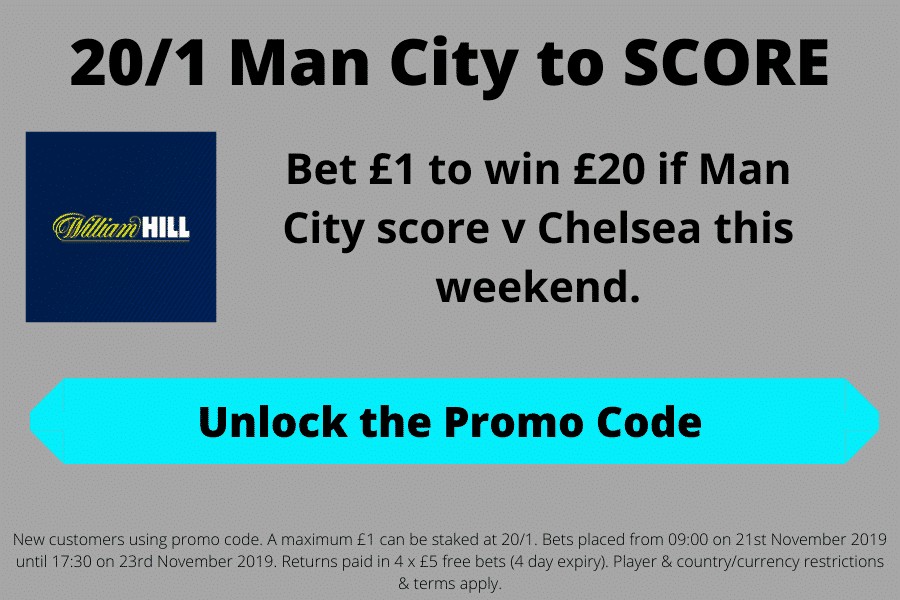