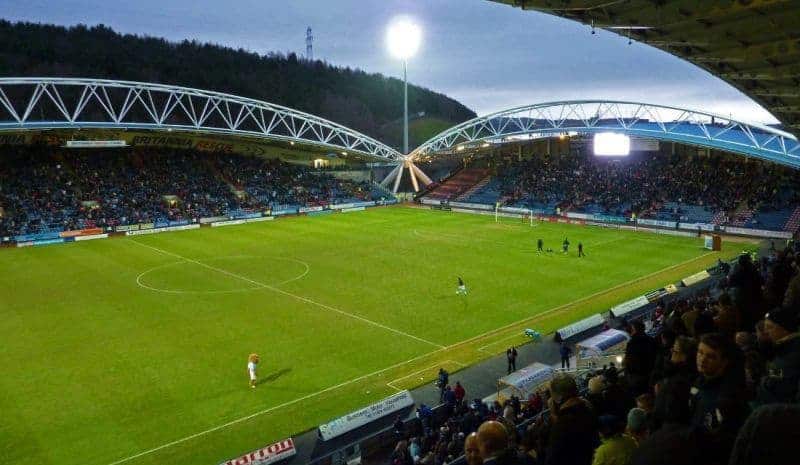 Huddersfield Town didn’t wait long to sack their manager Jan Siewert this season, and now the search is on for a new manager. After a disastrous run of results and a terrible start to this season, the new manager needs to act quickly.

The final straw was a defeat to Fulham in the Championship last weekend, which quickly followed an embarrassing defeat to Lincoln City in the League Cup a few days earlier. That signalled the end of Siewart after less than seven months in charge.

Now, Huddersfield Town are searching for a new manager and we’ve checked out the latest betting odds with William Hill. 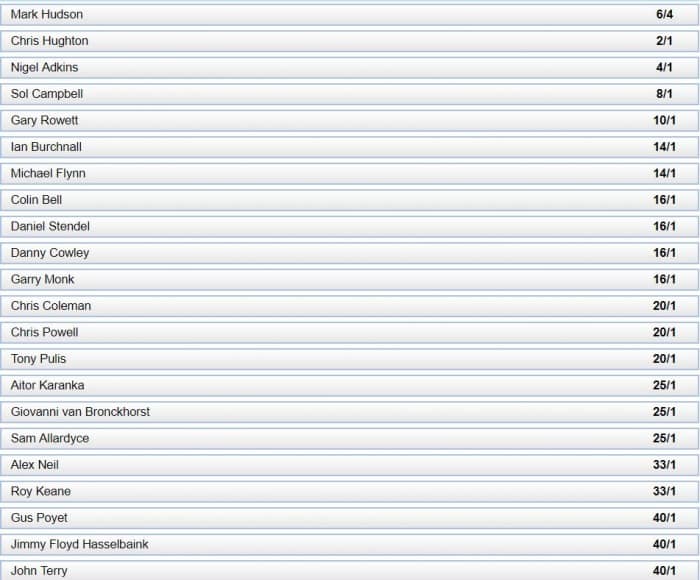 Huddersfield Next Manager – The Contenders

With soma familiar names on the list, we take a look at a few of the men at the top of the betting odds for the Huddersfield managers position. Aitor Karanka was as short as 8/1 with some firms but William Hill make him a 25/1 shot now and the likes of John Terry and Gus Poyet look unlikely to get the job.

The current favourite is Huddersfield Under 23 boss Mark Hudson. He is a former Town player and that might stand him in a good position to take the managerial position at the John Smith’s Stadium. His lack of experience managing senior sides would be a concern to the Huddersfield board though, especially after their former boss flopped after having no English league experience.

A much better fit to the role might be former Brighton boss Chris Hughton – but it remains to be seen if he would be keen on a return to management in the Championship. He took Brighton up the Premier League and did a fantastic job on the south coast for the most part before losing his job after Brighton narrowly survived in the Premier League last season.

After his surprise departure from Hull City in the summer, Adkins is in the market again and this could be a good fit for the former Southampton boss. He guided Hull to a midtable finish in the Championship last season and his experience of this league would be welcomed at the John Smith’s Stadium. He was around the 10/1 mark when the new Huddersfield manager odds market first went up, but is now around 4/1.

After his departure from Macclesfield Town by mutual consent last week, Sol Campbell is an interesting name linked with the Huddersfield manager job. He worked a miracle to keep his former side in the Football League but his lack of experience would mean Huddersfield are taking yet another gamble with their choice of manager.

A man with vast experience of the Sky Bet Championship is Gary Rowett. He’s previously managed Stoke City, Birmingham and Derby County and would be a good fit to this role. His stint at Stoke only lasted a few months after he was sacked in January but that might not be enough to put Huddersfield off appointing him. At 10/1, he looks a lively outsider to be the next Huddersfield manager.

Bet on the new Huddersfield manager with William Hill

When you open a new William Hill account you get 3 free £10 bets – use these bet on who you think will be the next Huddersfield Town manager.