Stoke vs West Brom Prediction & Betting Tips: Plenty of Goals at the Bet365 on Monday Night 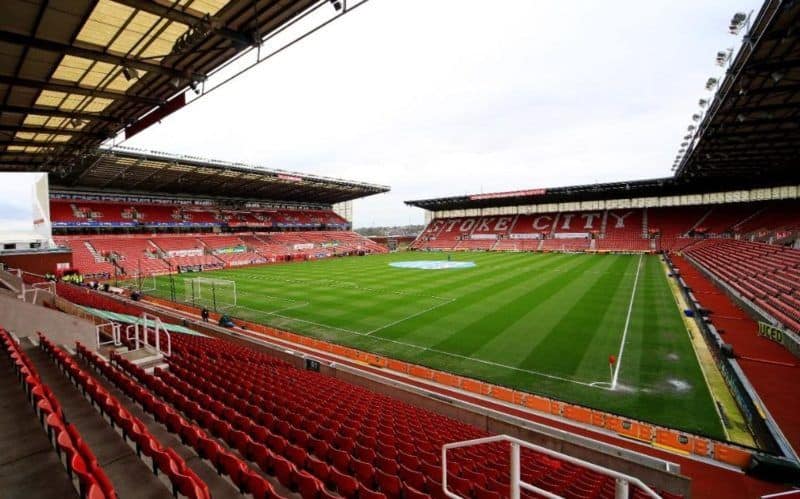 Stoke vs West Brom predictions and betting tips for tonight’s Championship fixture kicking-off at 8pm. The visitors are top of the table, but have drawn their last two games. Can they get back to winning ways here?

Will Stoke take some much needed points from this fixture. The Potters have lost their last two games and are still deep in relegation trouble.

After a short period of optimism, Stoke have suffered back-to-back defeats in the Championship and are now four points shy of safety. Nathan Jones was dismissed on Friday and the hunt for his replacement is already underway.  Names that have been linked with the vacancy include Neil Harris, Alex Neil and former boss Tony Pulis. However, none of them are likely to be appointed ahead of kick off on Monday night.

Stoke are set to welcome back Tom Edwards and Peter Etebo for this contest, Nick Powell may not be fit enough to feature.

Stoke have failed to score in their last two games, but they were both on the road. They’ve netted in five of their seven matches at the Bet365 and they should be able to test a WBA defence which has conceded four goals in their last two matches.

It doesn’t get much tougher than hosting the league leaders and Stoke are likely to be up against it in this contest. Jones was famed for his diamond, although he rarely stuck to it in recent weeks. His temporary successor is likely to revert to a more conventional 4-4-2 or 4-3-3 here.

If Preston are victorious on Sunday afternoon, West Brom will come into this game in second place. The Baggies have failed to win either of their last two matches, drawing both 2-2 and their defence (particularly Semi Ajayi) has looked shaky in recent weeks.

On the road, they’ve won two of their last three games and they’ve managed keep a clean sheet in both of those games. However, Nathan Ferguson will miss this tie and they didn’t defend particularly well against Charlton at the weekend.

WBA have a good record against Stoke and have only lost one of their last nine encounters with the Potters, they’ll be hoping to continue that run on Monday night.

A Sprinkling of Pereira Magic

One of the standout stars of this West Brom squad has been Matheus Pereira. The Brazilian has transitioned to the Championship perfectly and has been involved in a number of Baggies goals so far this season. On top of his three goals, he’s claimed five assists and he is likely to be the man to unlock this Stoke defence.

He has been one of the best players in the division and will surely play in the Premier League sooner rather than later. As a striker, it must be a lot of fun to work alongside a player with so much creativity.

Phillips Back with a Bang

Matt Phillips returned to action last weekend and was immediately in the thick of the action. The former Blackpool winger is an excellent player and a constant goal threat. He is 3/1 with Unibet to score anytime in this fixture and could make it two in two.

It’s fair to say that very few players in the Stoke squad have impressed this season. However, Lee Gregory has endeared himself to the home crowd with his workrate. The former Millwall man has scored twice and claimed two assists and could be on penalty duties here.

Stoke do score goals at home and it could be Gregory who comes to the rescue once again. He is 13/5 with Unibet to score anytime in this game.

Join Betway and bet up to £30 on any of our football betting tips tonight, win or lose you will get £30 in free bets to spend on betting the rest of this week.

CLAIM HERE – £30 of free bet when you join Betway

Bournemouth are winless since the restart but need to start picking up points quickly, check…