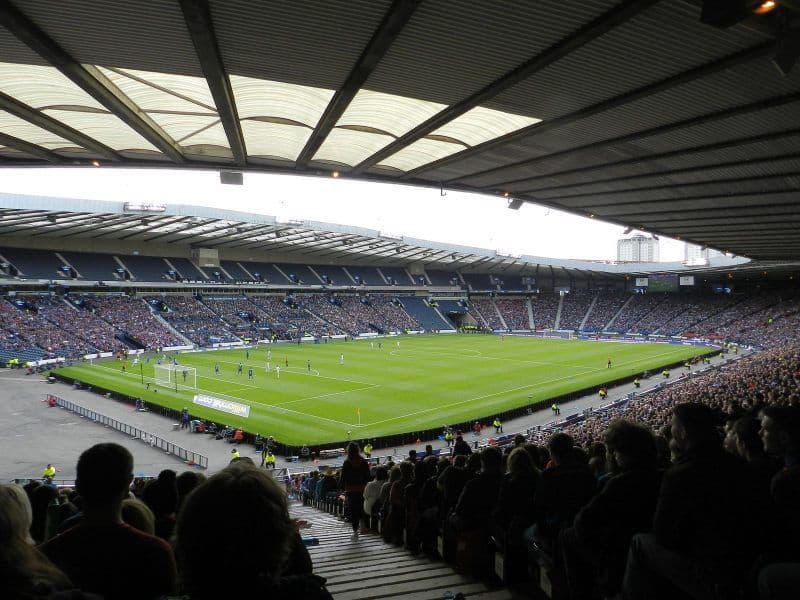 Daily Fantasy Football is growing bigger and bigger each season and the 2020/21 campaign will be no different. We have teamed up with FanTeam to play their season long Premier League Fantasy Football league, but they also offer daily Fantasy tournaments with cash prizes.

As the football begins to return, there are a few chances to have a go at a Daily Fantasy cash league in the Nations League this week, and I have entered their €2 tournament for Friday 4th September

To enter the daily Fantasy game for Friday’s Nations League fixtures, you need to select a team of seven players from across six of the fixtures, including Scotland vs Israel, Netherlands vs Poland and Romania vs Northern Ireland.

The game will start and end today, with the matches all kicking-off at 7.45pm, the prizes will be decided by full-time, around 10pm.

You can select seven players from any of the teams and you also pick a captain and vice-captain. The captain of your team earns double points but his cost is also doubled. The vice-captain received 1.5x the points, but his value is 1.5x higher.

If you do not spend all your budget, you start the game with bonus points already added to your score.

How much is it to play?

Entry to the smaller game is just €2 and this is where I have submitted my team. You can also choose to play the €20 game if you wish or even the high roller €370 game. The bigger the entry fee, the bigger the prize pot!

In the €2 game, is is not just the winner who gets paid. The number of players in the game will dictate how many places get paid out and the prize pool is decided by a ratio of 20. The more players that play, the bigger the prizes become!

You can change your seven selected players up until the teams are announced and that means my team is still subject to change, but as things stand this is my first draft for the Daily Nations League Fantasy Football game on \friday. As you can see, I have picked my seven players and chosen my captain and vice-captain. This team can still be changed as we get closer to kick-off if I wish.

How to play Daily Fantasy Football

To play this kind of Fantasy Football game for cash, you need a FanTeam account and to be verified and activated. This takes about an hour. Once you have your account you are ready to start playing and in the ‘Lobby’ section, you will see all the available leagues, games and daily fantasy football games available.

If you want to join me and play the Friday Fantasy Football Nations League game for €2, you need to click on Football and select “UEFA Nations League €30K [ [€4K to 1st]“

Once you have selected the €2 game you are ready to start selecting your Fantasy team for the Friday fixtures.

How to navigate the blank gameweek 1 for FPL.

The best value FPL players for the 20/21 season.