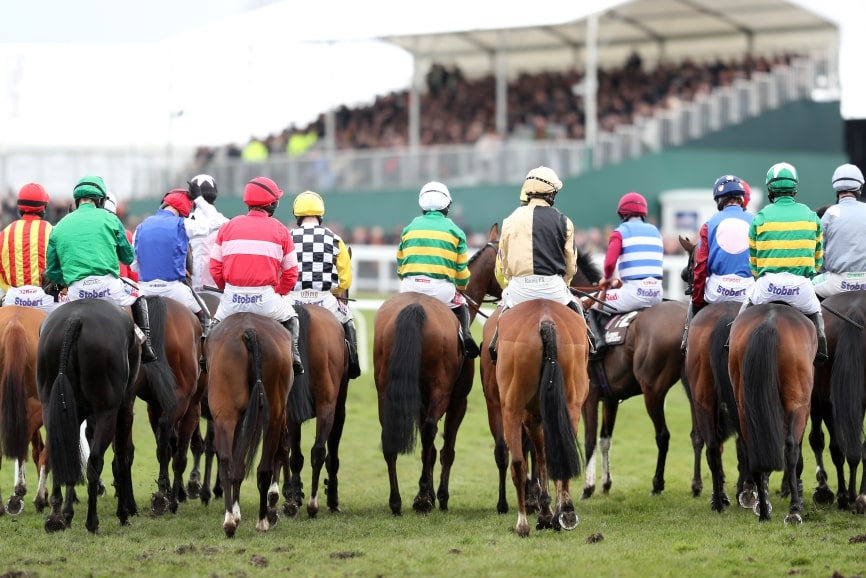 The First Day of the Cheltenham Festival is one of the most anticipated days of sport in the entire sporting calendar it is also one of the biggest betting days of the year for us as punters. 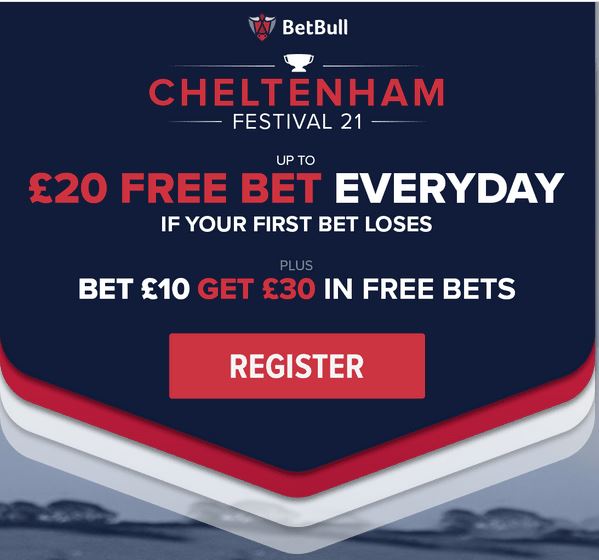 OFFER: Join BetBull and get a risk free £20 bet every day of the Cheltenham Festival.

The main races on the opening Tuesday card include the Supreme Novices Hurdle, Arkle Novices Chase, Champion Hurdle and Mares Hurdle and I’ve picked out my four best day 1 tips below.

The Irish challenge looks strong as always on Tuesday. Willie Mullins has a strong hand in the majority of these races, with his stranglehold of Cheltenham becoming more and more prevalent in recent years. He saddles the favourite for the Supreme, Appreciate It – who will be looking to gain compensation for last year’s near-miss in the Champion Bumper.

Henry De Bromhead has some very live chances on the opening day as well – with three viable contenders for the Champion Hurdle itself in the form of Honeysuckle, Aspire Tower and Jason the Militant. His prize mare, Honeysuckle, is probably the pick of the three and she will be looking to add the Grade 1 hurdle to her Mares Hurdle from last year.

Nicky Henderson will be looking to wave the English flag for the home team, and there will be a lot of long faces in English camps if Shishkin was to fail to collect the Arkle. The Arkle is one of the most fascinating clashes of the Tuesday action – with unbeaten chasers Shiskin and Energumene facing off against each other. The English often have a good handle of the Ultima Handicap Chase, one of the festival handicaps on the opening day. They will also be looking at Harry Fry to carry the flag in the Supreme, with the extremely exciting Metier looking to line up and continue his winning run over hurdles since joining this stable.

Every day, I will be giving you four selections – which you could put in a Lucky 15. Hopefully, between the four days, we will back some winners.

There is no better feeling than backing a winner in the Supreme at Cheltenham, it sets you up perfectly for the week ahead. There have been plenty of people trying to take this favourite on, but I don’t think that’s the wisest plan at all. Appreciate It is a fine horse for Willie Mullins, and is unbeaten over hurdles going into this race. He was a fine bumper performer last year and after he won the Grade 2 Bumper at the Dublin Racing Festival (DRF), a lot of people thought he would take a lot of beating in the Champion Bumper. Appreciate It ran a very respectable race before being collared close home by stablemate, Ferny Hollow, in last year’s Champion Bumper. That performance can also be upgraded, given he was the only one that was up with the pace throughout the race that still finished in the first six.

His hurdling career has looked rock solid also. Having won a Cork maiden hurdle, beating the talented Master McShee in the process, he soared to new heights when thrashing a good looking field in the Grade 1 novice hurdle at Leopardstown over Christmas. Without being quite as visually impressive at the DRF, he still confirmed placings with Ballyadam – winning quite decisively at the line.

I see the argument that people want to take him on, as Willie Mullins has probably trained more speedy two milers in his time, but this horse looks very robust at the top of the market. With a pure lack of proper alternate challengers – I feel his chances are reflected very accurately by his price of 7/4 with Betfred (NRNB). One could easily make an argument that this is a very backable price in the festival opener.

Honeysuckle, a mare that I have just plain and simply got wrong. I have been far too keen to take her on, citing reasons such as jumping at 2 mile pace, tough opposition and lack of form substance. Everytime, she has come to the well and her performance in the Irish Champion Hurdle was a career-best in my book. She travelled and jumper more like a proper 2 miler that day and that has set her up for a crack at this.

Having managed to repel the gallant Benie Des Dieux in a titanic finish to the Mares Hurdle, she should be cherry ripe to give this a fair bash. I have been convinced to finally take the plunge and back this mare, and swallow my own pride in the process. I know her win in the ICH wasn’t the strongest form you’ll find – but it was enough to sway me, putting away Abacadbras, Sharjah and Saint Roi in a fairly common canter. I think she will take the world of beating in this and the 11/4 with Betfred (NRNB) is more than fair. 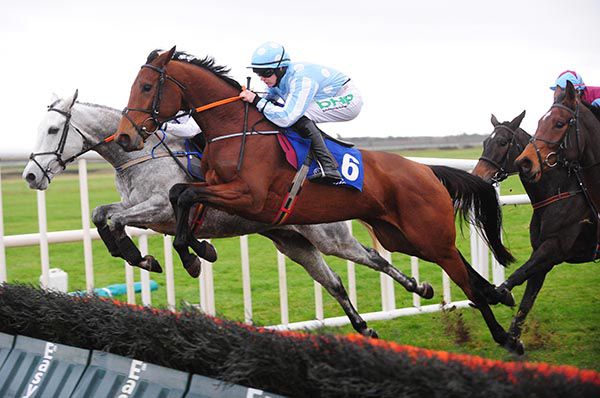 I have been a big fan of this progressive Joseph O’Brien trained juvenile this year and I think he would have a great chance in the Boodles if he turns up here. The handicaps weights are out this Wednesday, but this gelding has a rating of 130 in Ireland, so should in theory receive a lovely racing weight for the Boodles.

His form this year looks good also, he won his maiden hurdle comprehensively from Ilmig, defying a morning drift on the day to win impressively. He looks a professional horse for a juvenile, with plenty of speed over his hurdles and a willing attitude in the finish. He was then sent off as short as 11/4 for the Graded Juvenile Hurdle at Fairyhouse, only just bigger than Zanahiyr on the day. He was well beat that day, but that experience would have helped him out a lot – going at a proper graded pace. He won the last day at Naas from Zoffanien, with the form boosted since. That form leaves him as a player in this field and I’m hoping the handicapper won’t be too harsh when assessing him.

A tricky race to get a handle on in terms of who is going to turn up where, but I’m quietly confident that they are leaning this way with Escaria Ten, who I think has all the tools to go very well in this race. Having been a backward sort early in his career, he has flourished with some nice performances this year over fences – with his form linking with some of the main protagonists for Brown Advisory Novices Chase.

Escaria Ten won a few nice races over hurdles last year but fences was always the plan and this horse put in an adequate display on chasing debut, when fifth behind Monkfish. He bettered that performance considerably when winning a Thurles Beginners in a romp. He went on to Grade 3 level last time out at Naas, when only managing to find one too good, the exciting Eclat De Rire. He jumped superb that day and stayed the 3m trip well, causing a lot of optimism over him at this extreme distance of 3m6f. He is also entered in the Ultima but he is a relatively inexperienced horse and I wouldn’t be too sure they would be mad keen in rushing him into a big field handicap. This may well be more his cup of tea at 8/1 with Betfred (NRNB) and if he does turn up here, he will be a lot shorter than his current price.

Review
CLAIM!CLAIM!
New customers only. Deposit £20 using Debit Card, bank transfer or Trustly. Up to your first £20 of losses will be refunded as CASH within 24 hours of qualifying bet having been settled. T&Cs apply.
6.

We will have a Cheltenham Festival lucky 15 tip each day from Andrew Blair White this year and you can also see more of his previews on YouTube. His day 1 preview and best bets can be found on the vido below: 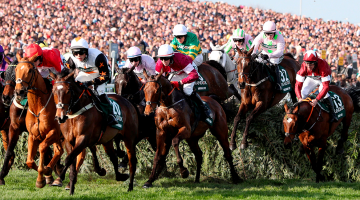