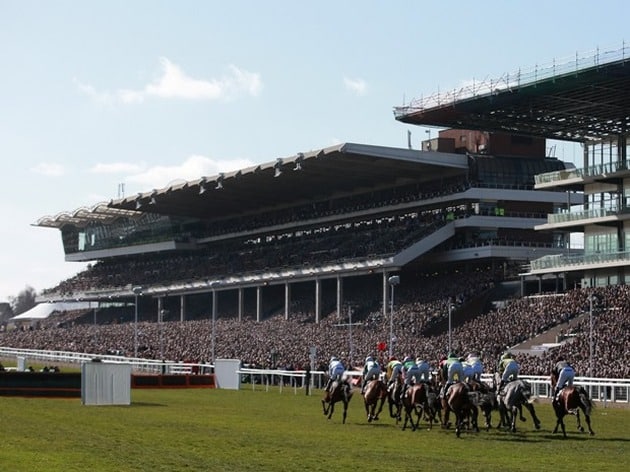 The Wednesday card at the Cheltenham Festival has always been a very intriguing day, and this year is no different with the Champion Chase taking centre stage.

There are also hot renewals of the Ballymore and the newly named, Brown Advisory Novices Chase (formerly the RSA Chase). Add the Cross Country, Champion Bumper, and a couple of handicaps, and it becomes a seriously competitive day of National Hunt Racing.

The Champion Chase will be the race on many people’s lips on Wednesday and it will hopefully see Chacun Pour Soi finally grace the Prestbury Park turf. The Willie Mullins trained 2 miler missed the race last year when getting a stone bruise on the day, and with the way the race worked out, it would have been a struggle to not see him involved in the finish. If translating this winter’s form from Ireland over to Cheltenham – he may well have the winning of the big feature race.

Willie Mullins and Rich Ricci will be hoping that Chacun Pour Soi will be bringing up a double for them on the day, with Monkfish a short price to win the Brown Advisory. Having won a competitive renewal of the Albert Bartlett this year, Monkfish has been electric over fences this year. He is 3/3 over the larger obstacles and has beaten his old foe, Latest Exhibition, the last twice at Leopardstown. He will certainly be down as one of the best Irish chances of the week, but at odds on, he is priced accordingly.

Like on every day of this meeting, I will be giving four selections for a Lucky 15. My four plays for the Wednesday card are..

OFFER: bet365 are our top-rated bookmaker for Cheltenham and you will get the following offer when you use them for the Festival:

CLAIM!CLAIM!
Back a winner at 4/1 or more and get a risk free bet on the next live ITV race (up to £50) at bet365. Offer applies to first single bet placed. Applies to Win and Each-Way Fixed Odds markets and Enhanced Place Terms markets only. Bet restrictions and T&Cs apply. New and eligible customers only.

It will take a lot of convincing to get me away from Bravemansgame, who quite simply, looks like some tool of a horse. The Paul Nicholls trained horse is another fine specimen, and it wasn’t a surprise to see this horse struggle as a bumper performer. He has found his niche over hurdles though and after a very encouraging second to Soaring Glory on reappearance, he has been transformed by front running tactics.

He trounced a solid field at Exeter before winning impressively at Newbury twice in a row. The second time was the Challow Hurdle, in which he wiped his hands of Star Gate, The Glancing Queen and Wilde About Oscar by ten lengths.

That was an incredible performance and one that should have him as favourite for this race. People will bandy about the Challow Hurdle stats, but rarely has the race been won in this fashion – it was a destruction, earning him lofty comparisons to Denman. He looks like a monster and at 9/2, I think he should be a point or two shorter.

When Chosen Mate won this race twelve years ago, it looked like the world was at his fingertips. He won in the style of a very good horse, making impressive headway from three out to lead going to the last. Despite making a blunder at the final fence, he still won snug on the line and I know a few who were touting him for a title at the Champion Chase this year on the back of it. It has been apparent from early on that connections probably felt that was a bridge too far and as a result, have been trying to campaign him again for this race, despite being off a loftier mark. He won the race last year off 147 and now has to run off 156 for this year’s renewal. However, my angle is that Jordan Gainford may well take the ride, and take an extremely valuable seven pounds claims off his back. That claim would in effect leave him only two pounds higher than last year and this return to a sounder surface will be much more to his liking. His visual appearance in last year’s race has not left my memory and if he can return to that sort of form back on good ground, I think he will take a world of beating in this race. At 14/1, it seems a solid each way bet and I’m very hopeful he can go well under the inexperienced Jordan Gainford for trainer, Denise Foster.

The Cheveley Park horses have been all over the news over the last day or two and it is no surprise to see Sir Gerhard redirected to Willie Mullins. Already saddling the favourite, Mullins is now mob-handed in the Bumper.

Sir Gerhard was the horse nominated for this race throughout the season, but his long-standing favoritism for the race has slipped due to the performance of Kilcruit. We’ve seen Sir Gerhard run on the track twice when trouncing a good field of bumper performers at Down Royal before dispensing of Letsbeclearaboutit at Navan.

On collateral form, he has work to do with Kilcruit on a line through Letsbeclearaboutit, but I wouldn’t be taking that form quite so literally. The two runs were in very different contests, one involving a pace collapse and one seeing two horses hitting the line very strong. We simply do not know how good this horse is. The one thing that is a slight concern is that he missed the DRF with a slight foot infection, sidelining his work for over a week. However, as a result, I think he has drifted out to an appetising price against the fav and will be my selection in this race.

One of my strongest handicap fancies for the week comes in the Coral Cup with the Willie Mullins trained, Koshari – who I believe to have a massive each-way chance. Koshari was bought to be a very good horse, and coming from the same sire as Douvan and Min, lofty expectations have been placed upon him from an early age. It hasn’t all gone to plan with injuries but he was a Graded Novice Chaser a few years ago.

He returned on New Years Day for his first start in over two years at Cork. Given a canny ride from Danny Mullins, he went on to win impressively at the line, defying better-fancied stablemate, Bon Retour, in the process. He was subsequently entered over 3 miles in the William Fry Handicap Hurdle, where he a single figure price to go close. Having made a few bad mistakes early, he found himself a long way back and never in contention to win the race, Paul Townend gave him an easy time of things, and a hands and heels ride got him into sixth on the line, which was very eye-catching. He has been left unchanged in Ireland off a mark of 144, which will more than likely have him in the Coral Cup off somewhere in the high 140s. I believe that mark is workable and I’d be disappointed to not see him go very close.

Betfred are our bookmakers of choice for lucky 15 bets because if only one of your horses wins, you get the odds trebled, increasing your payout.

PLUS: open a new Betfred account and you get a £30 free bet, plus 60 free casino spins after you bet just £10.

Review
CLAIM!CLAIM!
New customers only. Deposit £20 using Debit Card, bank transfer or Trustly. Up to your first £20 of losses will be refunded as CASH within 24 hours of qualifying bet having been settled. T&Cs apply.
6.

We will have a Cheltenham Festival lucky 15 tip each day from Andrew Blair White (see his day 1 lucky 15 here) this year and you can also see more of his previews on YouTube. His day 2 preview and best bets can be found on the video below where he goes into even more details about these Cheltenham tips: 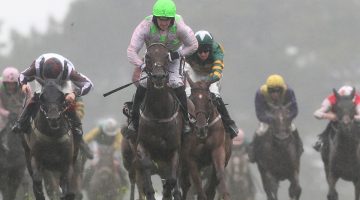 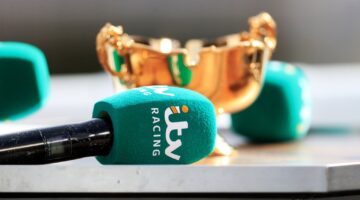 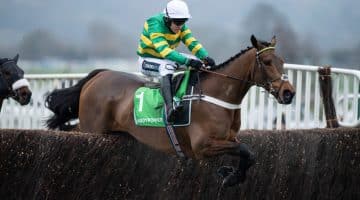 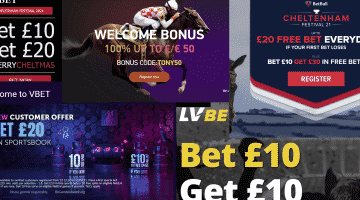 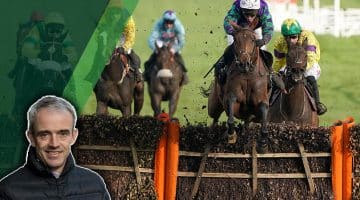