The Champion Hurdle is the feature race of day one at the festival, providing a test of just over two miles and eight hurdles to be jumped. It is always one of the most anticipated races of the Festival. 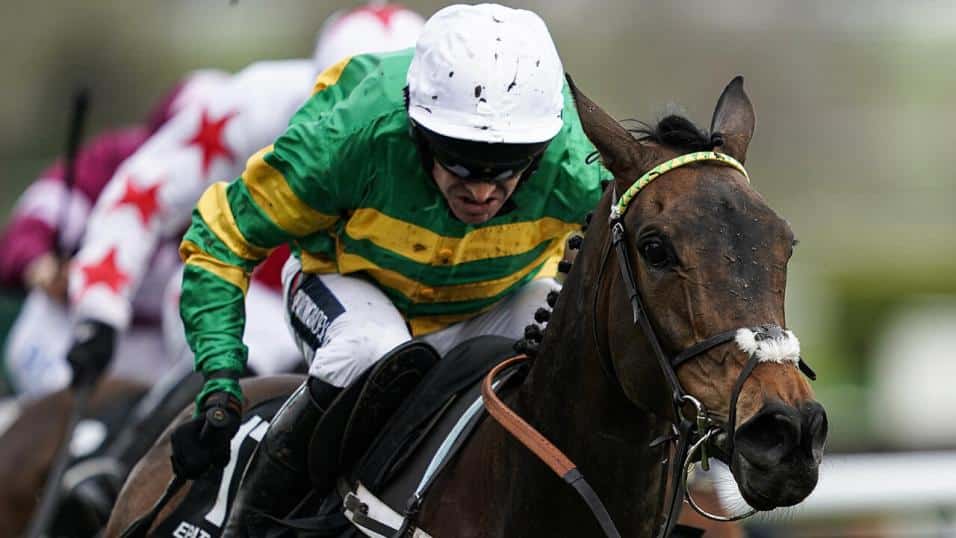 2018 saw Buveur D’air retrain his crown ahead of Melon and Mick Jazz, to the delight of punters who backed the strong 4/6 favourite. In 2019 Espoir D’Allen caused a shock to take the win and then last year we saw a brilliant performance from Epatante to win. She is back to defend her crown in the 2021 renewal.

The hill is normally where the race changes as horses who come off the pace come into their own.

The first Championship race of the week is the Champion Hurdle and there have been countless memorable renewals. 2018 saw Buveur D’air retrain his crown ahead of Melon and Mick Jazz, to the delight of punters who backed the strong 4/6 favourite. In 2019 Espoir D’Allen caused a shock to take the win and then last year we saw a brilliant performance from Epatante to win. She is back to defend her crown in the 2021 renewal. The hill is normally where the race changes as horses who come off the pace come into their own.

Epatante is still the best horse in the race but this season has shown that the top hurdlers fancied for the Champion Hurdle can show significant weakness.

Having won the Fighting Fifth Hurdle superbly at Newcastle in November, she was made a short-priced favourite for the Champion Hurdle.

But the mare was beaten by the reliable Silver Streak in the Christmas Hurdle at Kempton after a bold ride from Adam Wedge.

Despite being beaten, Epatante is still mightily impressive. Henderson’s mare will always have that electric turn of foot and the ability to breeze past top-class opposition.

It is important not to overlook Silver Streak, who became the first horse to overcome Epatante since the mare finished ninth in the Mare’s Novices Hurdle at the 2019 Cheltenham festival.

Silver Streak was narrowly beaten by Song For Someone in the Unibet International Hurdle at Cheltenham, after a great ride from Adam Wedge.

Trainer Evan Williams has a plucky and gritty hurdler here with plenty of form at Cheltenham and the horse will hope for dry ground when next appearing in the Champion Hurdle.

Sharjah was sublime in the Matheson Hurdle last time out at Leopardstown, winning the race for the third time in a row.

Jockey Patrick Mullins gave the horse a superb ride when finishing second in last year’s Champion Hurdle, having come from the back of the field.

Patrick Mullins loves riding this horse which has experienced much misfortune in the Champion Hurdle, he was brought down in the race in 2019.

This could be the year Sharjah finally gets it right at Cheltenham and the Irish Champion Hurdle could be the next time we see this eight-year-old, who is a member of the impressive list of horses owned by the Ricci family.

Aspire Tower is another interesting contender from Ireland who has proven he can mix it with the sport’s top hurdlers.

Trained by Henry De Bromhead, the five-year-old won the WKD Hurdle at Down Royal in October, beating Abacadabras by four and a half lengths.

This form was backed up by finishing second to Sharjah in the Matheson Hurdle, beating more top horses and proving his competitive credentials.

Aspire Tower is younger than most of his potential rivals here, which could mean that even if this is not his year at Cheltenham, his day could be soon around the corner.

Abacadabras is a mercurial horse, his form suggests both that he can take on top hurdlers but also be blown away by them.

The horse and its rider seemed to have last year’s Supreme Novice’s Hurdle wrapped up before Shishkin ground out an incredible victory.

But Gordon Elliott’s seven-year-old hung on to beat Saint Roi and Jason The Militant in the Unibet Morgiana Hurdle at Punchestown this season, which was the horse’s second Grade One honours over hurdles.

Despite being a dual Grade One-winning hurdler, Abacadabras then finished 24 lengths behind Sharjah in the Matheson Hurdle last time out.

The ups and downs of his form make Abacadabras a difficult horse to back but his career has shown there is great ability to be unleashed.

The feature on Day 1 is arguably the feature of the week, the Champion Hurdle ran over 2m. It is the best renewal we’ve had for several years with superstar mares Honeysuckle and 2020 winner Epatante heading the front of the market. Goshen is next up in the market after he got his campaign back on track last time out when bolting up at Wincanton. Honeysuckle was mightily impressive when winning the Irish Champion Hurdle last time out and she is a worthy market leader based on that evidence.

The only real concern for her chances here would be the 2m trip on better ground. Holding her position early on in the race will be key. Epatante needs to bounce back to form after a poor display at Kempton over Christmas and I’m sure the market will tell us a lot about how her preparation has been since then. Goshen is too short now and it’ll be some feat for him to give the mares 7lb on ground that will definitely be on the quick side for him.

I’m happy to chance one each way here and it would be ABACADABRAS EW (11/1 with bet365). He’s got better with every run this season which suggests he’s trending in the right direction. He’s been waiting for his ideal quicker ground and I’m hoping he’ll get it on Tuesday given the forecast. The fast pace will suit this hold up horse well and I can see him coming through the pack and at least running into the frame. He arguably should have won the Supreme last season as he travelled like a dream but Davy Russell by his own admission just got to the front too soon. That shows he acts around the track which is a positive and he’s a decent each-way price in what is a competitive and exciting renewal.

Review
CLAIM!CLAIM!
18+, UK only. Deposit and place a £20 cash bet at single or accumulated odds of 1/1 or greater and we will give you £15 in free bets. Applies to first cash bet only. Free bets credited as 3 x £5 bets on Football, Horse Racing & Virtual. Cashed out, Void or 'Draw No Bet' wagers do not qualify for this promotion. Free bets are credited upon qualifying first bet settlement. 7-day free bet expiry. Available once per customer. Full T&Cs apply.
2.