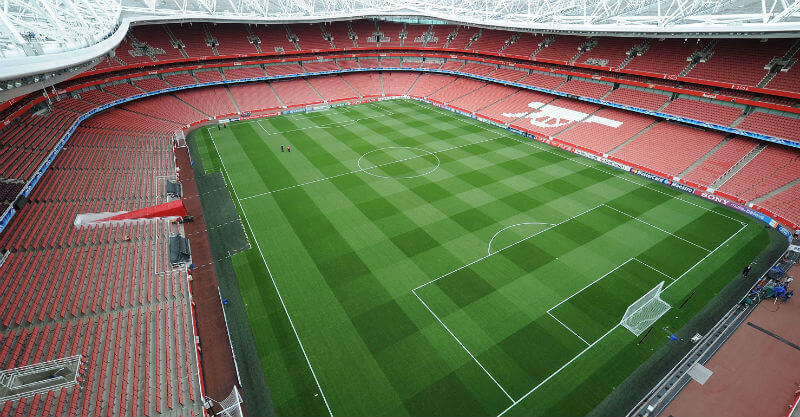 Arsenal vs Napoli betting tips and predictions for the Europa League quarter final on Thursday 11th April 2019. The Gunners have a great home record but will be severely tested against the Serie A side this week. See our predictions and betting tips below.

The Gunners know that Napoli will be a tough challenge over these two legs and will be desperate for a lead going into the second leg.

Their home form says they can win this game, and Napoli lost their away leg in the last round 3-1 at Salzburg.

The last eight of the Europa League is upon us and following the two nights of Champions League games, it is Arsenal’s turn to take centre stage as they host Napoli in what will be a tricky tie.

Arsenal have home advantage in the first leg and they’ll be desperate not to let the Serie A side get an away goal, but the quality they possess might just stop that happening.

Unai Emery have a fantastic record in this competition and he’ll want to go as far as he can in the tournament once again, however he will be all too aware that the away form of his Arsenal team is not good and so the second leg will be tough, whatever the result at the Emirates Stadium this week.

The Gunners have been fantastic at home in this competition this season, winning their two previous home ties 3-0, but they lost both the away legs and that might already be on Emery’s mind – he’ll want as big a lead as possible to take to Italy.

Napoli sit second in Serie A, a massive 20 points behind Juventus, but seven points clear of third placed Inter Milan – so second spot is all but wrapped up meaning they can concentrate fully on their Europa League campaign.

Carlo Ancelotti will know an away goal is key in this fixture and even with the narrow defeat we’re predicting for Napoli at the Emirates, they should still be favourites to go through given that they’ve won both their home legs in the knock-out stages thus far.

These sides have met twice before in European competition, both side won their home match 2-0 in the 2012/13 Champions League group stages. Mesut Ozil and Olivier Giroud got the Arsenal goals.

Arsenal vs Napoli Betting Tip for an Anytime Goalscorer

We’re expecting goals for both sides in this match and it could be an entertaining affair, with Arsenal looking to get a decent first leg advantage, and Napoli in search of their away goal that would make the second leg a whole lot more straightforward.

Striker Pierre-Emerick Aubameyang is the Arsenal top goalscorer in the Europa League so far with four goals, despite missing some of the matches. He’s likely to be back in the starting line-up for this one though after being rested for the 1-0 defeat at Everton last weekend. He’s the 7/5 favourite to score in the match and that looks a good option for our betting tips.

For Napoli, they have been spreading the goals around the team in this competition and Polish striker Arkadiusz Milik is currently their Europa League top scorer with a couple of goals. He’s also got 16 in Serie A with Dries Mertens on 11. Milik would be the selection if we were tipping a Napoli player to get on the scoresheet at the Emirates Stadium on Thursday.

Unai Emery’s side need to take a lead to Italy to have a chance of going through to the quarter finals and that is exactly what we are predicting in our Arsenal vs Napoli betting tips this week. The Gunners have won six of their last eight home matches in this competition and this season they’ve been particularly good, winning their last three and keeping clean sheets in their last four.

They haven’t played anybody with the quallity Napoli possess yet and their is always a defensive frailty when it comes to Arsenal against strong attacking sides, so both teams to score looks a likely outcome.

Napoli’s talented attacking options are likely to be bolstered by the return of Lorenzo Insigne for this game but it might not be enough for his side to avoid defeat.

Arsenal can win this game and take a slender lead back to Naples, but the Italians will get an away goal in a 2-1 loss, meaning the Gunners will have to put in a much improved performance for the return leg next week.

Central defender Sokratis Papastathopoulos returns to the Arsenal squad after being suspended for the 3-0 win over Rennes but there are still doubts over Granit Xhaka and Laurent Koscielny, who both missed the weekend defeat at Everton.

He’s got himself a two match Premier League ban so it’s almost certain the Greek international will be in the Arsenal starting line-up for this match on Thursday, and next week’s second leg.

Mesut Ozil put in another terrible display in that match and Goodison Park and it looks like Unai Emery has had enough of the former German international, so he could be sold in the summer and dropped for this match.

Aubameyang will come back into the starting 11 after being rested for the Everton game, but it remains to be seen if he will replace or partner Lacazette up front. The Frenchman has been poor recently.

Asron Ramsey is playing out his Arsenal days in great form and he’s almost certain to start as he prepares to leave for Juventus, but Denis Suarez will have to settle for a place on the bench once again.

Petr Cech has been the Europa League goalkeeper all season so he’s expected to keep his place for this competition. 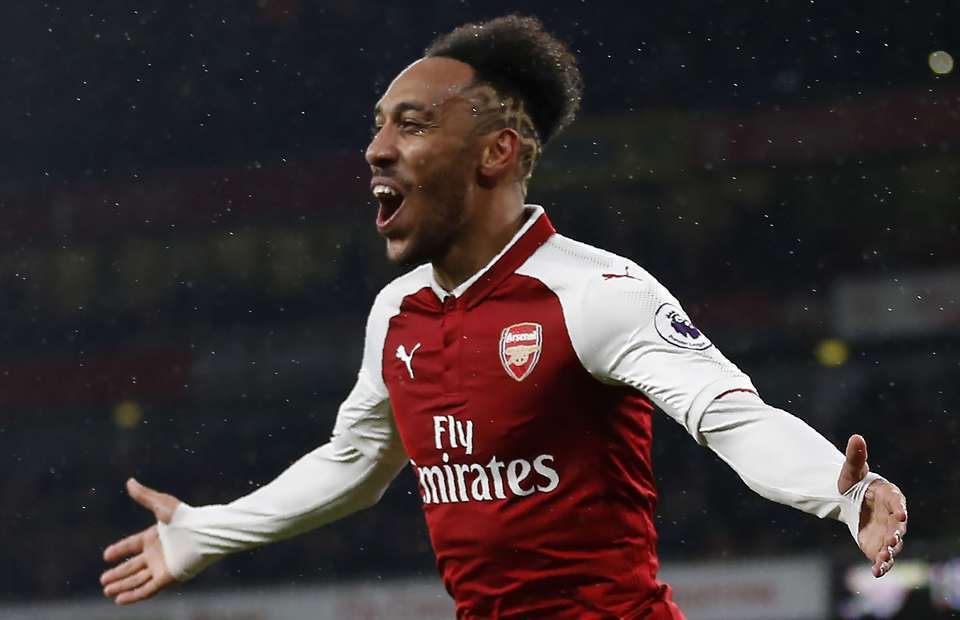 Pierre-Emerick Aubameyang is likely to be back in the Arsenal starting 11.

The visitors will welcome back Lorenzo Insigne for this game after he returned from injury in Napoli’s weekend draw with Genoa. He might have to settle for a place on the bench again though, depending on his match fitness.

David Ospina is on loan to Napoli from Arsenal but has been out injured for a few weeks now but he is in the squad and could take his place against his parent club.

There were a few rumours about a big money move to the Premier League for Napoli’s Kalidou Koulibaly but he remains in Naples and will take his place back at the heart of the defence after suspension in the last round.

? "We know we’re still in the Premier League top-four race, but we also want to win trophies. We are confident.”@LacazetteAlex talks #UEL ?

Working hard on the training pitch, putting in that preparation for @sscnapoli ?