Atalanta vs Bologna Betting Tips and Predictions: 21/10 and 7/1 Bets 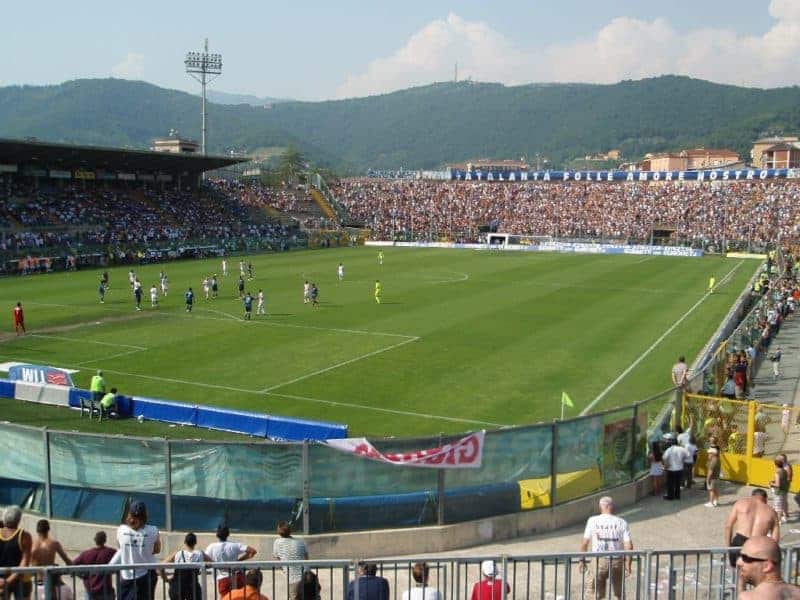 Atalanta vs Bologna betting tips, predictions and preview for the Serie A fixture on Thursday 4th April. Atalanta can close the gap on fourth placed AC Milan with a win against a Bologna side who are flirting with relegation. See our predictions and betting tips below.

Both teams to score looks a banker in this match and we’ve outlined why below.

The hosts will look to capitalise as AC Milan dropped points on Tuesday night.

Bologna have won their last three matches to get out of the drop zone.

The hosts are still in the hunt for a Champions League place which would round off a brilliant season, but need to keep their recent good run going. They have taken 110 points from a possible 12 following back to back defeats and face a tricky task against in-form Bologna on Thursday.

Manager Gian Piero Gasperini has taken an exciting brand of football to the Atalanta fans, but that does come at some cost defensively and it shows in their goals against form. They’ve not kept a clean sheet in their last seven Serie A matches and that makes both teams to score an immediate appeal here. They’ve also found the net in their last 21 league matches.

Bologna are struggling down the bottom end of the Serie A table, but have been in good form of late – they’ve won their last three to climb out of the drop zone but are only two points ahead of Empoli in 18th. Any kind of result here would be a good one but whatever happens, we are predicting Bologna will get on the scoresheet, making both teams to score the first and best of our Atalanta vs Bologna betting tips.

Colombian striker Duvan Zapata has been in fine form for Atalanta and has bagged 19 goals in Serie A already, but he did go off the boil for a few weeks before scoring twice in their 3-1 win at Parma last time out.

With that in mind, and the fact that another Atalanta player is in better form, and the odds are better, we’re going to go elsewhere for our anytime scorer tip and go with Josip Ilicic. He has scored in Atalanta’s last two home matches and hopefully he can keep that run going here.

Bologna have scored in seven of their last eight matches and given the Atalanta defensive record mentioned above, it would be no shock to see the visitors register, with top scorer Santander a doubt, it could be Rodrigo Palacio up front.

The correct score betting tip for this Serie A clash takes into consideration the both teams to score selection already made, and looking at the form of Atalanta, it looks a certainty. We are expecting the home side to win this match but it might be closer than the bookmakers have the odds at.

Bologna’s recent away matches have seen them concede three goals in each of their last three matches and losing two of those games 2-1 (against Roma and fellow relegation threatened side Udinese).

We’re predicting another 2-1 defeat for them when they travel to Atalanta this week and the best odds for this are 7/1 at Betfred.

Read More: Get more of the latest football betting predictions or check out our Southampton vs Liverpool betting tips for the Friday Night Football in England.

?New kid on the block

Atalanta & Juventus are tied for MOST goals scored this season ? pic.twitter.com/3XhteBGW1h

#Mihajlovic?: "We've prepared for every game in the same way. At this time, we're out of the relegation zone but we know that we have to keep giving our best." #AtalantaBologna #WeAreOne ?? pic.twitter.com/7DN2NTikfF