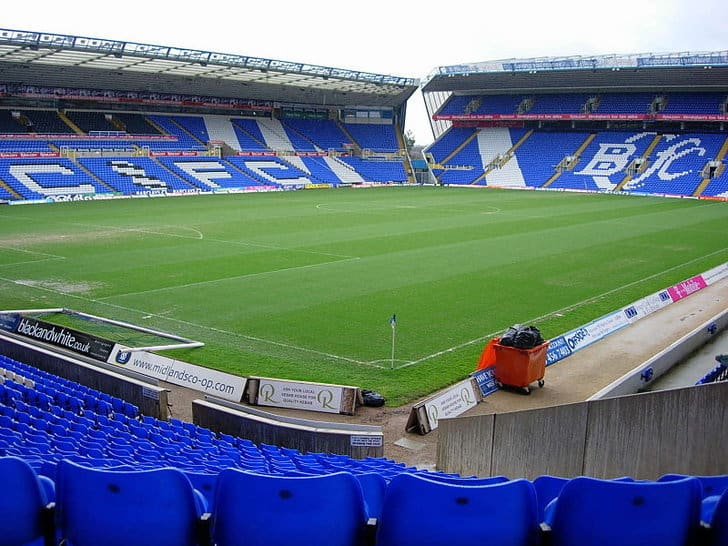 Birmingham vs Sheffield United betting tips, predictions and match preview for the Championship fixture on 10th April. Sheffield United got back to winning ways at the weekend, and they will be looking to make it two consecutive victories on the road.

Despite being deducted nine points, Birmingham can probably just about consider themselves safe from relegation. Garry Monk’s tactical masterclass against his former employers saw the Blues pick up three important points on Saturday, and they face another tough test at St. Andrews as they host high-flying Sheffield United.

Garry Monk gave the Blades a huge helping hand at the weekend by masterminding a 1-0 victory over their promotion rivals Leeds United, but he won’t be offering them any favours on Wednesday night. The Blues have endured a tumultuous couple of weeks, but they displayed their battling credentials at St.Andrews at the weekend, and came away with three vital points.

It was their first home victory since February 2nd, and they will be keen to make it back-to-back successes against promotion chasing opposition in this encounter.

Sheffield United rarely lose back-to-back games, and they bounced back from their Bristol City loss in ideal fashion. Preston spurned plenty of chances, and a single goal from David McGoldrick proved enough to secure the victory. It was far from a vintage Blades display, but they left Deepdale with all three points, and opened up a gap between themselves and Leeds United.

Their away form has been nothing short of sensational this season, and they’ve kept four clean sheets on the bounce away from Bramall Lane. It’s just one defeat on their travels since early November, and I’d expect them to come out on top here.

Birmingham have been dealt a blow with the news that Maikel Kieftenbeld will miss 6-9 months of action, and that will have disrupted their plans to close down the Blades in the centre of the park.

With a hectic schedule taking place over the Easter period, Chris Wilder may opt to make a couple of changes ahead of this game, and Scott Hogan is one man who could be waiting in the wings.

Billy Sharp and David McGoldrick started Saturday’s game, and although the duo would be considered a first-choice partnership, the gaffer could chose to bring the former Villa man back into the XI. He came off the bench at the weekend, and if he’s given the nod, he could be the value pick in the anytime goalscorer market.

He scored against got off the mark against Bristol City, and could bag his second goal for the club here.

With odds of 5/2 available on the striker, he looks to be a decent bet in a potentially rotated Sheffield United forward line. He’s best priced with Betfair.

Birmingham vs Sheffield United Goals Prediction – Both Teams to Score? Yes @ 10/11 with Ladbrokes

The last of our Championship predictions for Wednesday night is Both Teams to Score? Yes.

Although Sheffield United haven’t been conceding many goals on the road recently, they did allow Preston a fair few chances at the weekend. Birmingham are always a dangerous opponent, and their front two of Che Adams and Lukas Jutkiewcz are extremely effective.

It ended 2-1 to Brum here last season, and another entertaining game is in store. Without Kieftenbeld in the centre of the park, Birmingham are much weaker, and Sheffield United have plenty of firepower. The Blades have only failed to find the net twice on the road since November 24th, and it’s hard to imagine them drawing a blank here.