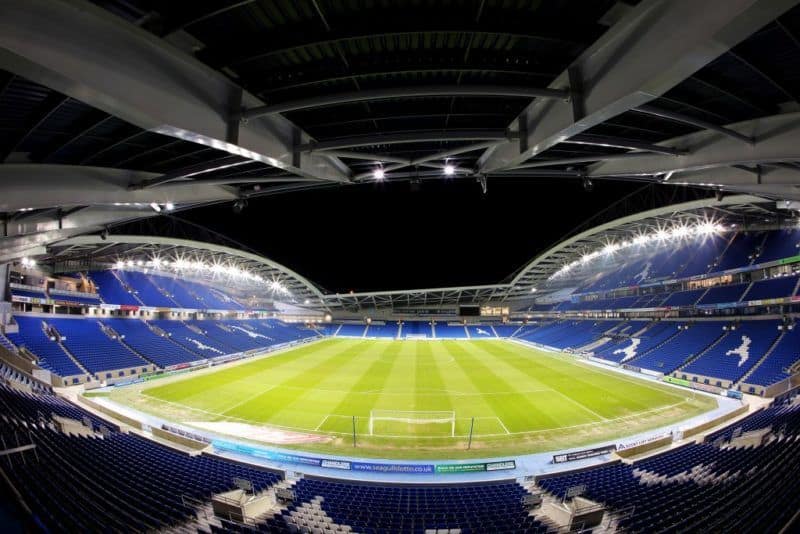 City are still on course for a remarkable treble and will seal their second trophy with victory over Brighton.

The league leaders were knocked out of the Champions League last month but still have an FA Cup final against Watford to look forward to.

Brighton were frankly fortunate to secure top flight status but will go into this one with absolutely no pressure on their shoulders.

All eyes will be on proceedings at The AMEX on Sunday with the world anticipating a final day showdown packed with drama.

The last fixture of the season will of course evoke fond memories for Manchester City fans after their unforgettable 3-2 victory over QPR in 2012 ultimately sealed their first Premier League crown.

Manchester United were in a similar situation that day to the one Liverpool currently find themselves in, and you’d have to be a very brave person to expect things to pan out differently this time.

While Manchester City’s home form has been nothing short of breathtaking, those expecting Pep Guardiola’s side to slip up based on the fact they’re playing away from home could be in for a rude awakening.

True, City are some way off matching their record of 18 victories from 19 home matches when it comes to away fixtures, but they’ve been plenty good enough across the course of a season to give supporters confidence that another title lays in wait.

Brighton have been absolutely abysmal in recent weeks and are unsurprisingly already among the favourites to be relegated to the Championship next season. Their last nine Premier League matches have yielded a pitiful two goals, with strikes against Newcastle and Arsenal ending a horrendous streak of seven successive matches without finding the net.

With that stat in mind, I’m absolutely gobsmacked at the price available on the visitors winning this one to nil. You can get close to even money on City emerging victorious without conceding which looks ludicrous at first glance. Factor in the fact that Brighton have absolutely nothing to play for and the odds look nothing short of silly.

Raheem Sterling has been one of the leading lights for City this year and while Pep Guardiola has received a lot of praise for the ex-Liverpool man’s development, the bulk of the credit should of course go to Sterling himself.

The 24-year-old received the Football Writers’ Association Footballer of the Year award earlier this week and has been tipped for additional accolades based on his incredible performances this season.

It’s not outlandish to suggest that his side probably wouldn’t even be in contention to win the league at this stage were it not for Sterling’s contributions, and another goal here could well be the one they need to get over the line.

You can get 10/11 on the England international scoring anytime here which looks massive given that he’s broken the 20-goal barrier for a second successive campaign.

Read More: Get our best 5 betting tips for the last day of the Premier League season.