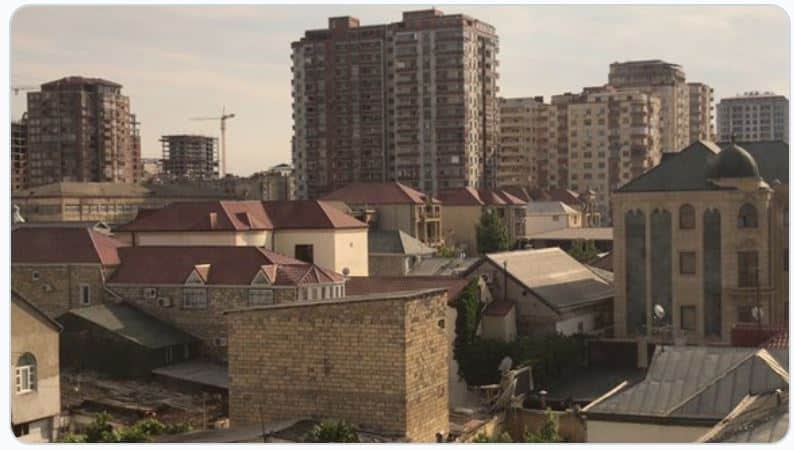 Arsenal and Chelsea fans have started arriving in Baku for the Europa League final, and it is fair to say not a lot has gone to plan for them so far. From hotels cancelling rooms to taxi drivers ripping off fans – Baku is causing fury on Social Media.

There has been much controversy about the venue for the Europa League this season, but Baku is the location and the Arsenal and Chelsea fans who have made the trip from London have not had an easy journey – with it taking some people up to 24 hours to do the 4,500 mile trip.

It turns out the trip was the least of their problems:

Book a 4* hotel on the beach in Baku. Arrive – hotel overbooked and won’t give us a room; told to get a cab to there sister hotel which is an utter dump in Azerbaijan’s equivalent of fucking Chernobyl. Great to start to the trip UTA pic.twitter.com/D1w52n8lVv

The one now is fine mate, the one last night was ridiculous man pic.twitter.com/qhcpvfZbtA

Many thanks to the lads at my Baku hotel who decided to cancel the booking “a few days ago” without telling me. #AFC and #CFC fans who are coming out tomorrow, make sure you check your reservations.

? taxi drivers from the airport were asking for 100? , I do not intend to walk anywhere for the next 5 days, anyone out in a Baku mind find it worth buying data & downloading Bolt, pic.twitter.com/FEcqxbDNlB

On our way on our way going to Baku on our way. Overnight train ticket acquired. Now eating cheese bread, muffin and 2 cappuccinos for equivalent £3.50. Ripped off by taxi though!

Btw anyone coming to Baku airport use the Bolt app. Maximum we paid was 10 AZN.

Taxis at the airport were trying to charge 100 AZN which is like £50?

Fair play to the Chelsea and Arsenal fans for making the trip, there are also a lot of journalists out there with problems too. It seems as if UEFA have messed things up again.