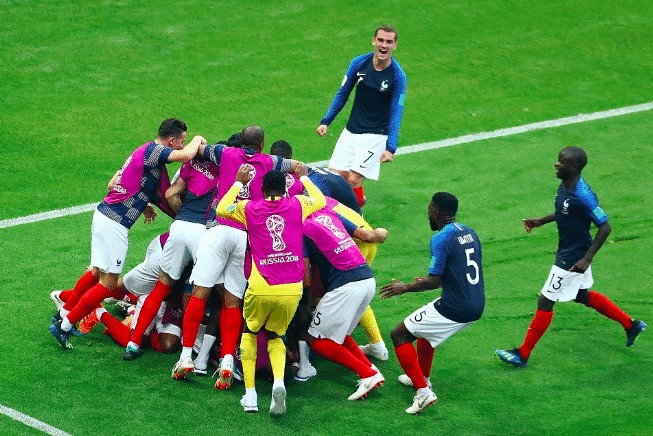 Two of the World’s best teams in the last decade go head to head as France vs Germany face off in their opening game of the tournament and we have picked our bet builder tip for the match.

The term “Group of Death” certainly applies in this group, with Portugal another heavyweight another team drawn in Group F.

A star-studded France team will be full of motivation following their convincing 2018 World Cup triumph, and they will believe they can repeat the success and add a Euros crown to their list of trophies. The likes of Kylian Mbappe and Paul Pogba lead the team which is blessed with talent.

As for Germany, it is evident they are between cycles, with the shock World Cup qualifier defeat against North Macedonia being the evidence of it. Joachim Low will leave Germany after the tournament, so he will be desperate to sign off in a style. The team is also full of quality all over the park.

See our France vs Germany bet builder tip below and get the latest William Hill sign-up offer, which gets you FIVE free £10 bets when you open an account and bet £10 on Euro 2020.

Claim HereClaim Here
18+. Play Safe. New customers only with promo code G50. Place an initial bet with a minimum stake of £10/€10. Mobile only. Prize is five free bets worth £10/€10 each and 100 free spins to play on selected games. Terms and conditions apply.

Although Germany always seems to deliver on the big occasions, this France team is simply too good at the moment, and they are clear favourites to win the tournament. Germany’s defence looks very vulnerable at times, and the France frontline led by Kylian Mbappe and the returning Karim Benzema will prove to be too much for Germany.

Given the fact that this is the so-called “Group of Death”, France will know that with a win on their opening fixture they will be in the knockout stage with one foot, so the motivation and the quality will prevail in this game, with punters being able to bet on a France win, with the odds for that outcome being 13/8.

Mbappe looks unstoppable at the moment, and it is widely accepted that this is the player that will mark the next decade in football. He had a great season with PSG, and his displays at the 2018 World Cup prove that he can deliver on the international stage.

We predict that he will kick-start France’s Euro 2020 journey with a goal against Germany which will lead them to an eventual win. The odds for Kylian Mbappe to score first look appealing, with them being 6.9/1.

As we stated above, Germany simply cannot be underestimated, so expect them to give France a proper game, which will result in a high-scoring contest. Germany does have young and vibrant attackers like Timo Werner and Kai Haverts, who will be full of motivation following their Champions League triumph with Chelsea.

As France play open, attacking football, they will surely leave space for the German strikers to hurt them on the counter-attack, and the speed of the frontline will be too much to handle for France to handle at some point of the game. You can back both teams to score with the odds 4/5.