Luton vs Coventry Predictions and Betting Tips: League One Preview

Luton vs Coventry predictions and betting tips for this Sunday afternoon League One fixture on February 24th with an anytime goalscorer tip and goals prediction included.

Table-topping Luton got through a tough assignment last weekend as the overcame Fleetwood at Highbury. With neither Barnsley or Pompey winning in midweek, which will the Hatters an extra boost ahead of this televised tie. Coventry got back to winning ways last week, with a convincing victory over struggling Walsall, but this will be much tougher. See our Luton vs Coventry predictions below.

Stopping Luton is proving tricky. The Hatters are clear leaders, and with many of their rivals slipping up in recent weeks, Mick Harford’s side are enroute to the Championship. Their advantage isn’t insurmountable, and they’ve got some tricky games to come, but they are in the driving seat, and they should pick up three points here. They overcame a tough looking task last week, with in-form Fleetwood running them close during the 90 minutes. George Moncur was superb and opened the scoring from a set-piece, and he will once again be pivotal to their chances in this fixture. The hosts claimed a club-record twenty games unbeaten last week, and they’ll be looking to extend that unbelievable sequence here. October 13th was the last time that they tasted defeat and they’ve won ten of the last eleven at Kennilworth Road. Coventry were back to winning ways last weekend, beating a sorry Walsall side. The Sky Blues are better at home, but their away form is patchy. They’ve lost seven of the last nine games on the road, and even with the much-improved form of Dujon Sterling, they could find it tough-going here. Luton won 2-1 at the Ricoh earlier in the campaign, and I expect them to come out on top again. They’re short at odds-on, so add a couple of goals to increase the value. Luton Win and Over 1.5 Match Goals is the first of our League One predictions for Sunday.

Coventry have enough firepower to potentially get on the scoresheet here, but Luton have the potential to hit three in this game. It should be an entertaining game between the pair, and we’re expecting a few goals. The Hatters will know the results of the other teams around them by the time they kick-off, and that could potentially give them spring in their step here. Each of the hosts last three home games have seen at least three goals scored, and 56% of their games in total at Kennilworth Road would have landed this bet. It’s four of seven on the road for Coventry, and there is a bit of value in backing Over 2.5 Goals. It is the second of our Luton vs Coventry predictions for Sunday.

James Collins has dominated the goalscoring charts in League One this season, and he could be lively once again. However, at a bigger price, the aforementioned George Moncur is worth looking at. Luton play with plenty of width, with ammunition from James Justin and Jack Stacey, and Moncur is the sort of player who is able to collect second balls in and around the six-yard area. He has also proved adept from set-piece situations. The former Barnsley man is the third of our Luton vs Coventry predictions.

It’s little surprise to see Luton odds-on for this game and the Hatters can be backed at 4/6 to collect another three points and extend their winning run in front of a jubilant home crowd. It’s 9/2 for Coventry to spring a surprise and help open up the title race, whilst it’s 13/5 for the game to end all-square.

It’s 19/20 for both teams to get on the score-sheet here, and this would have landed when the sides met earlier in the campaign. It also landed last week for Luton, conceding a last-minute goal to Fleetwod. It’s 4/5 for Both Teams to Score? No.

James Collins sits top of the goalscoring betting markets and is 10/3 to score the first goal of the match here. The striker has been in lethal form lately, and could continue his run here. Elliott Lee may have to wait his opportunity from the bench and is 9/2 to break the deadlock. Danny Hylton, who has recently returned from suspension is also 9/2.

Open a MoPlay account using this link and bet £10 today…

A £15 FREE BET for Luton vs Coventry

A £15 FREE BET for an accumulator 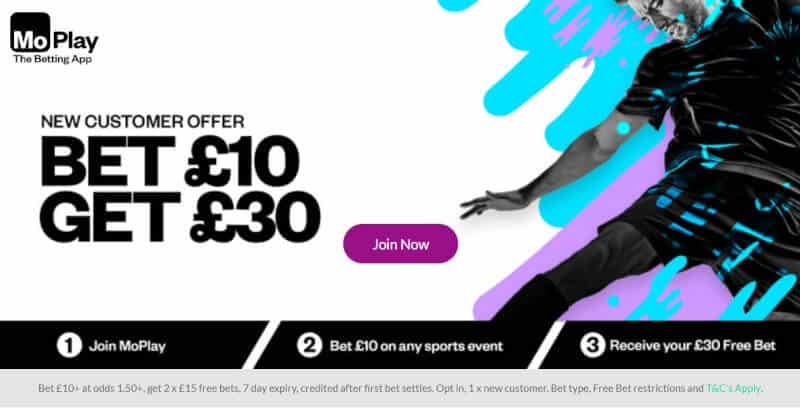