There’s a League One televised tie on Sunday as Oxford welcome Coventry to the Kassam. Neither side has made the ideal start but the hosts have improved of late.  See our Oxford vs Coventry predictions for the match below.

Oxford made an incredibly poor start to the season but the fixtures haven’t been kind to them. Five of their opening six fixtures have been against sides who are now residing in the top eight and the only game in which they didn’t face tough opposition, they won it. Their 3-1 victory over Burton helped them turn a corner and they picked up a respectable 1-1 draw on Wearside against Sunderland last weekend. Karl Robinson’s side took a while to find their stride but they have a number of talented players and some of their summer business was eye-catching. In contrast, Coventry have struggled lately and their 1-0 home defeat to Rochdale at the weekend was particularly poor. Their only victory so far came at home to rock-bottom Plymouth at the Ricoh with a penalty proving the difference and their lack of penetration in the final third is a real problem. They failed to have a shot on target against Blackpool and have netted just three goals all season. Oxford should be able to make it two wins from three and continue to work their way up the table here. The first of our Oxford vs Coventry predictions is Oxford Win and it’s available at 8/5 with William Hill.

Fancy a League One and Two multiple? See all of this weekend’s football accumulator tips

Coventry’s lack of firepower is a huge concern to Sky Blues fans and although Oxford’s defence hasn’t been absolutely watertight this season, I wouldn’t be surprised to see them keep a clean sheet here. Mark Robin’s side have only scored one away goal so far this season and they just don’t seem to be able to find any cutting edge. Maxime Biamou may still be out injured and Amadou Bakayoko hasn’t looked convincing since joining from Walsall in the summer. Both Teams to Score? No looks like a sensible option here and is worth a punt at a decent price. It’s available at 21/20 with Ladbrokes and is the second of our Oxford vs Coventry predictions.

Ricky Holmes has made a huge difference since joining Oxford on loan. The former Chelmsford City-man is a star performer at this level and wasn’t really given a chance at Sheffield United. He took a few games to ease himself to his new surroundings but he appears to be firing on all cylinders and can add some class to this game. He is likely to stand over every single set-piece and his penchant for a wonder goal also makes him an excellent bet in this League One fixture. He can be backed at 4/1 with Betway and is the third of our Oxford vs Coventry predictions.

The UEFA Nations League gets underway this week. See all of our predictions for the competition

Oxford are the favourites for this tie and they are likely to get shorter pre kick-off. They are still a decent 8/5 with Bet365 and Karl Robinson’s side are clearly gathering some momentum. It’s 12/5 for the game to end all square whilst Coventry are priced at 19/10 to pick up just their second win of the season. The Sky Blues haven’t faced any top half sides yet this season yet have struggled badly.

Oxford games have generally been quite high-scoring and they will be expected to continue that streak. Four of their six matches have featured three or more goals and Over 2.5 Goals is available at 19/20 in this one. Oxford could theoretically cover this themselves.

Neither side will be missing too many players and Connor Chaplin has been drafted in to help with the goalscoring issue. He could make a start here. Jonson Clarke-Harris is one of the few players to have found the net for for Coventry and is 21/10 to score anytime.

For the hosts, Marcus Browne and Shandon Baptiste have both caught the eye and they are available at 4/1 and 5/1 respectively to find the back of the net here. 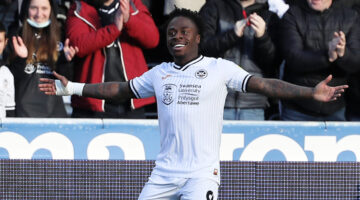 There is always plenty of value, and often surprises, to be found when looking for… 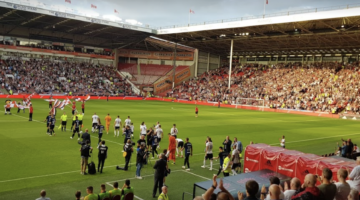 Having already tipped a huge 1,559/1 League Winners treble for the upcoming season, I take… 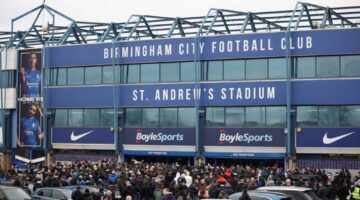 9/2 Treble from the Champions League and League One Today