The pair could not be separated in the first leg, and there won’t be much between them at the Kassam

Both of these sides enjoyed fruitful seasons, both finishing on 60 points. With very little between them during the regular season, it’s little surprise that the pair played out a draw on Friday night. Something has to give on Monday, as one of the high-flying duo will book their place at Wembley.

Pompey largely relied upon their home form and avoided defeat at Fratton Park, ending the campaign with a 12-7-0 record. They weren’t quite as reliable on the road, finishing with a 5-3-9 record. Kenny Jackett’s side were hoping to take a lead into the second leg, and they were denied a last-gasp penalty, which could have proved decisive.

Oxford were arguably second best on Friday night and manager Karl Robinson was happy to praise the opposition. However, the scouser will know that his side must be better at the Kassam, and are lucky to still be level in the tie. The Yellows didn’t do too much wrong, although they weren’t at their free-flowing best and need to improve their energy levels here.

Prior to Friday’s draw, Oxford had won five matches in a row, and had scored 14 goals in the process. They should be much sharper for playing a full 90 minutes four days ago, and Karl Robinson’s young side will feel confident about their chances of making it to Wembley.

Sunderland, Rotherham and Burton were the only sides to leave this stadium with all three points this season.

The club have confirmed that Cameron Brannagan will be fit for the second leg despite limping off at Fratton Park. Matty Taylor hasn’t trained and won’t feature.

Pompey were the better side throughout the first leg, and they will be relying upon the excellent Ronan Curtis to provide a spark in the final third. Kenny Jackett’s men looked sharper throughout the 90 minutes, and with the injustice of being denied a penalty still fresh in their minds, they should approach this second leg with plenty of determination.

Throughout the season, they were a little inconsistent on the road and have failed to score in each of their last three away games. They’ve only won three times away from Fratton Park since mid-December, although this is a completely different set of circumstances.

Jackett replaced captain Tom Naylor with the fit-again Bryn Morris on Friday and he must decide which of the pair will start this second leg.

The last two meetings between these two sides have finished 1-1, whilst the last three have ended all-square. Pompey haven’t enjoyed much luck at this stadium, winning just two of their last 11 visits to the Kassam

1 Activate the offer using this link to the Coral homepage

3 THREE free £10 bets will be added to your account 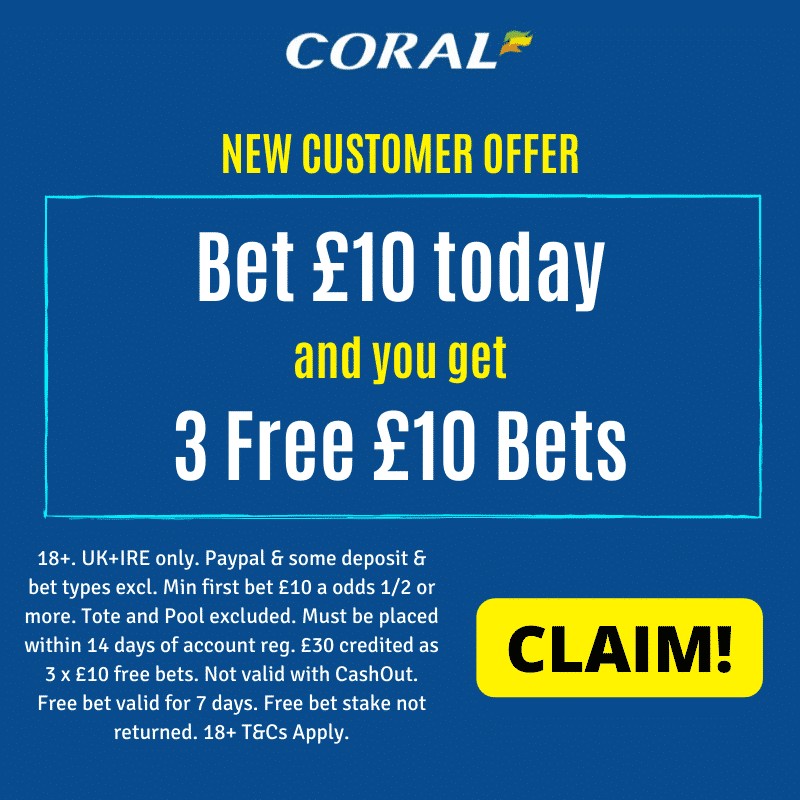