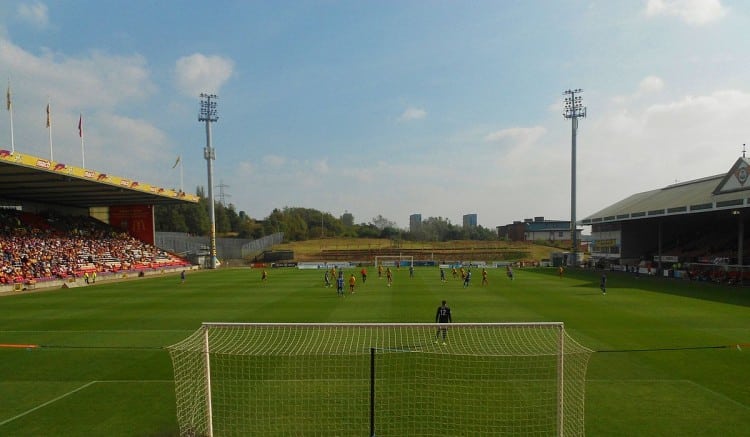 Gary Caldwell has undoubtedly improved Falkirk, and they’ll be aiming to make it back-to-back wins over Caley Thistle in a matter of months. His side have started scoring goals, and they were unlucky against Hearts in the cup recently when being denied a penalty late on. Inverness have been struggling on the road, but they still offer a substantial threat going forward. It could be an entertaining night at Fir Hill. See our Partick Thistle vs Inverness CT predictions below.

Inverness can actually claim to have the best away form in the Scottish Championship, but they’ve struggled on the road in recent weeks. They did beat Queen of the South on March 9th, but they suffered at the hands of Dundee United and Dunfermline before that. Inverness are attractive odds for this game, but they are facing a side who have hit form, and have started scoring goals. Gary Caldwell wasn’t a manager who neccessarily had an immediate impact at Firhill, but he’s gradually turned things around, and they are fighting for every point. He’s hoping to steer them clear of the relegation zone, and with Alloa Athletic also in action, it is imperative that they pick something up from this Friday night tie. After starting with back-to-back defeats, Caldwell has overseen just three defeats, one of which came against Premiership outfit Hearts. The other two losses came against high-flying Ross County (a game in which they netted twice), and in-form Dunfermline. The hosts have scored two goals in each of their last three home matches, and I expect them to continue their fine home form here. Inverness won their last away game, but that came against a side who have been defeated on seven successive occasions, and they will not find this as straightforward. Partick Thistle will be up for this, they should be scrapping for every ball, and I expect them to collect three points. They are the first of tonight’s Scottish Championship predictions.

Despite their upturn in form, and the fact they’ve been scoring goals, Partick’s defence is still far from secure. They are prone to conceding second half goals, shipping nine goals after the break in their last four matches. Admittedly, four of those came against Ross County, but Inverness will fancy their chances of getting on the scoresheet here. It ended 2-1 when the sides last met, and I could forsee a similar situation in this encounter. Considering that there have been nine goals in the last three meetings between these sides, 6/5 on Over 2.5 Goals looks fairly tempting here. Partick will be fighting, but their defence is far from watertight, and I expect a high-scoring affair once again. It is the second of our Partick Thistle vs Inverness CT betting tips for Friday night.

Scott McDonald had all but given up on football, and had formally retired, before Gary Caldwell asked him to come and train with the club. The ex-Soccerroo has certainly hit the ground running since returning to the sport, and he’s enjoying life at Partick Thistle. Many of the squad are benefitting form his vast experience, and although he doesn’t have the same energy levels of five years previous, but he’s still got a tremendous eye for goal. He’s netted four in his first six games at the club, and he could be the man to get behind once again. The 35-year is a wise old head (and many other cliches relating to age), but he’s still talented enough for this level and he is the third of our Partick Thistle vs Inverness CT predictions.

Partick Thistle have hit a decent patch of form, and they are understandably priced up as the 13/10 favourites for this tie. Inverness are available at 7/4 to pick up at three points, and continue their fine away form. The draw will be popular with punters, and can be backed at 12/5.

Both Teams to Score? Yes is likely considering that the home side cannot keep clean sheets. It has landed in each of their last five home games, and it’s available at 10/11 on Friday night. Over 2.5 Goals is priced at 6/5 and is also fairly tempting.

Our man Scott McDonald is priced at 11/2 to net the opener in this game. He needed just four minutes to break the deadlock last time out. Kris Doolan is next in the betting at 6/1, with former Swindon man Miles Storey also priced at 6s.