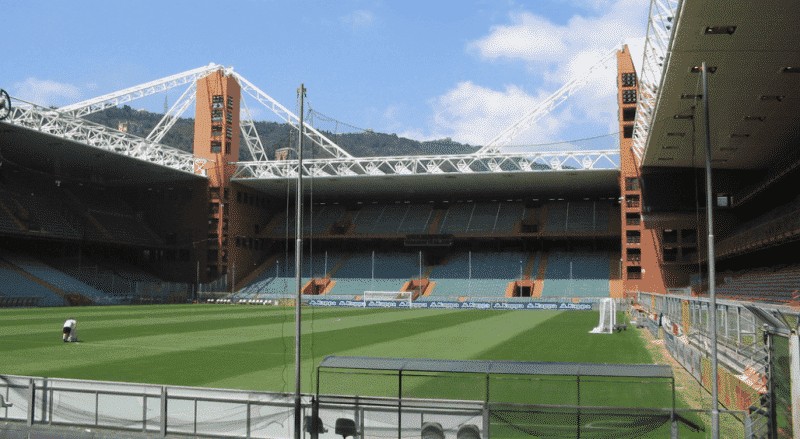 Sampdoria vs Juventus predictions and betting tips for Sunday’s Serie A clash at Stadio Luigi Ferraris. It’s the end of the road for Massimiliano Allegri, but will his side be able to end on a high?

50% of his goals this season have arrived at Stadio Luigi Ferraris.

New Bet Victor customers can get £40 in free bets to use on any of this weekend’s Serie A fixtures.

Sampdoria have already tied up ninth place in the Serie A table, and their recent form suggests that they have downed tools. However, there is one player who will be determined to continue his recent form – Fabio Quagliarella. The veteran striker has enjoyed his most productive campaign this year, despite his advancing years, and he has netted 26 times. He is four ahead of Cristiano Ronaldo, and his goals have helped ensure Sampdoria will finish in the top half of the table once again.

Samp have been very reliant upon his goals this campaign, and he’s looking as sharp as ever. There have been some memorable strikes, including his cracker against Napoli at the start of the campaign. The striker is set to be crowned Capocannoniere after the match, and he will be determined to add to his current total. It is highly unlikely that any Serie A striker will overthrow him, but the Neapolitan will be keen to make sure.

He also netted in Samp’s 2-1 defeat to Juventus in Turin, and will be keen to double up against the champions. Having also netted against Milan, Lazio and Napoli, he isn’t afraid to score against top sides in the division.

Fabio Quagliarella to score anytime is the first of our Sampdoria vs Juventus predictions for Sunday afternoon, and the best price available is 11/10 with Bet Victor. They are offering new customers £40 of free bets to use on this market.

Although the last meeting here ended 3-2 to Sampdoria, this game is likely to be played at a more leisurely pace. Juventus haven’t shown much urgency since wrapping up the Scudetto, and they aren’t in free-scoring mode. Sampdoria have lost three of their last four home matches, and they’ve only scored more than one goal at home since January 26th.

Although they’ve been played in Turin, each of the last two fixtures have ended with exactly three goals, and although there is always the potential for this game to become barmy, it is likely to be a fairly sedate affair.

Allegri will not to end his tenure with a defeat, and there is little motivation for Samp having already secured ninth position.

2-3 Goals looks the likeliest outcome here, and it could land for the third consecutive time here. It is priced at 11/10 with Bet365 here, and they have £100 in free bet credits to use on this game.

Juventus have not won a single game since securing their latest Scudetto, but they have had some tough fixtures. They were defeated at Stadio Olimpico, and have played out draws with Milan and the excellent Atalanta.

However, Allegri will be keen to end his spell at the club with three points, and he will be determined to lead his players to a victory one final time. He is likely to send out a full strength side, and the likes of Ronaldo and Dybala should start here. There could be a change in goal, but there will be enough talent in the XI to clinch all three points.

Sampdoria are likely to give it a good go, but Juventus should just about squeak past them here. Games at the Stadio Luigi Ferraris are typically very close, and Juve won 1-0 here two seasons back.

The visitors should end the season with a victory, and take all of the points back to Turin.

Juventus Win is priced at 19/20 with Betway, and they are offering £30 in free bets to use on any of weekend’s action.

After the Cup action in midweek, the Premier League is back this weekend, and, as…