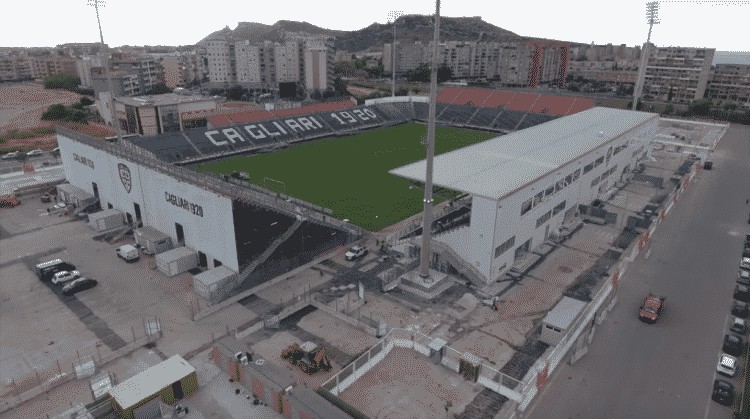 Cagliari vs Inter Milan predictions, betting tips and preview for the Serie A fixture on Friday 1st March 2019. Inter will be looking to continue their great run of form as they aim to get back into the Champions League next season. See our predictions and betting tips below.

The hosts are sat down in 14th place in the Serie A table and they will still have one eye over their shoulder, with the relegation places just six points below them. They’ve only won four of their 12 home Serie A matches this season but did manage a 2-1 win in their last fixture against Parma. Four of their last six matches at home have seen under 2.5 goals scored and in their last five matches they’ve failed to score on four occasions.

Inter Milan’s mini-blip has seen them looking over their shoulders as well ahead of our Aston Villa vs Sheffield United match preview. They are currently in third spot in the table but now only have a three point advantage over fifth places Roma. With the Champions League race hotting up, they’ll want to avoid any more slips here. Looking at the first of our predictions for the match, Inter’s two recent matches have gone against the tip, but beofre that, they had gone nine Serie A matches where there were two goals or fewer.

Inter Milan were held to a 3-3 draw in their last fixture against Fiorentina as they dropped points in their quest for a Champions League place. Before that they had won their previous four matches in all competitions and will be eager to get back to winning ways and put a bit of distance between themselves and AC Milan and Roma who are chasing them down. Cagliari have lost six of their last eight matches in all competitions and might just lose out to Luciano Spalletti’s side on Friday night. The second Cagliari vs Inter Milan prediction is for Inter to win the match and the odds are 3/4 at Betfair.

We’re predicting a tight Inter Milan victory in this fixture and that means we can also have a correct score bet to reflect this further. Cagliar have failed to score in four of their last five game and that will be a worrying statistic for their fans and manager Rolando Maran. Inter Milan were going along OK before drawing with Fiorentina and despite not scoring a lot of goals, they were winning games.

Another close match is foretasted here for our Cagliari vs Inter Milan betting tips and we’re going with a 1-0 away victory to complete the selections.

Read More: See our good football bets for this weekend or check out the latest Premier League best betting tips.

Open a new Betfair account to bet on today’s bets and get up to £100 in free bets when you open an account.