Spain did not make the best start to their Euro 2020 journey, as they were held to a goalless draw against Sweden. They dominated the game, had enough chances to score, but the resilience of the Swedish defence ultimately came out on top, and Spain now need to secure a win against Poland to secure the passage to the knockout stage.

Similarly, Poland was expected to win in their opening game against Slovakia and to compete with Spain for first place in the group, but Slovakia shocked them with a well-deserved 2-1 victory in a game in which Poland had a player sent off as well.

So, both teams have pressure staring at them, as one more dropped point for each of them would maybe mean an early elimination. This has turned out to be a must-win game for both of them, and it will surely be a fierce encounter.

See our Spain vs Poland bet builder tip below and get the latest Paddy Power sign-up offer, which will get you £60 in free bets to bet on Euro 2020 matches.

Spain was evidently the better team in the game against Sweden, but the missed chances ultimately came back to haunt them. They are always among the favourites to win any major tournament, so they will be looking for their first win in this game.

Poland have a lot of problems, and they seem to over-rely on their star striker Robert Lewandowski, and Slovakia showed that they can be stopped as a team. Spain will be confident they can kick start their tournament in this game, so we fully expect them to secure the 3 points and edge towards the knockout stage. The odds are 1/3.

Although we expect Spain to secure the win here, Poland are not to be underestimated and they will be disappointed in themselves they didn’t perform anywhere near their best against Slovakia, so the motivation will be there for them.

Poland knows that this is a must-win game for them, so they are sure to attack Spain, and led by their goalscoring machine Robert Lewandowski, we expect them to score at least one in this game. However, opening up against Spain comes with consequences, as they have too much quality and experience, and they will ultimately punish Poland for it. The odds for both teams to score stand at 11/10.

Lewandowski had a quiet game against Slovakia, and that is something that happens very rarely. He will surely be desperate to show why he is considered to be one of the best in the business at the moment, and there is no better stage for it than this. The Spain defence looks vulnerable, and he will be confident he can exploit that, so you can back him to score anytime, and the odds for it are 13/5.

Use Bonuses And Promotions at Online Sportsbooks

Upon registering to any sportsbook site, you will be eligible for certain bonuses and promotions. But, you need to be careful before claiming those, as every bonus and promotion comes with terms and conditions that need to be read carefully. 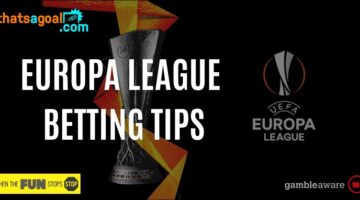