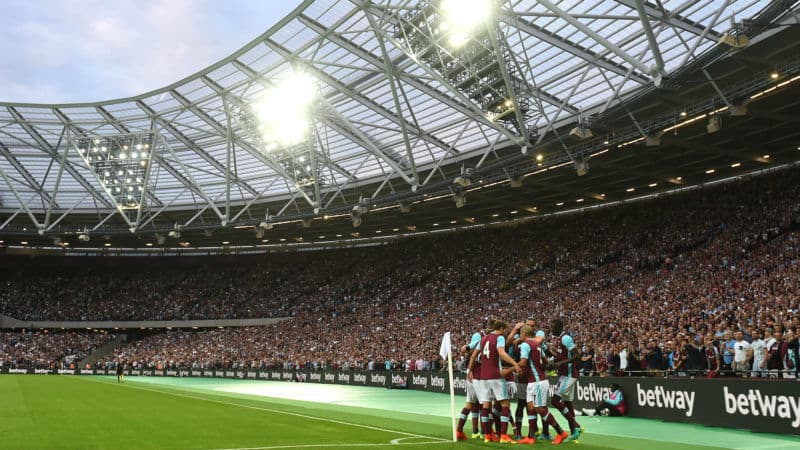 While the summer transfer window may not have even opened yet it appears that one Premier League side is on the verge of making their first move.

Sky Sports are reporting that West Ham have been offered the chance to sign Roma striker Edin Dzeko in a switch that could see the 33-year-old reunited with former boss Manuel Pellegrini.

With his current contract at the Stadio Olimpico due to expire in the summer of 2020, the former Manchester City striker is yet to sign an extension with the Serie A club.

Sky Sports are reporting that West Ham have been offered the chance to sign Edin Džeko this summer as his Roma contract expires next year & he's yet to sign an extension.

Eden Dzeko on his way back to the Premier League?

Making 27 appearances for Roma this season and often in possession of their captain’s armband, Dzeko has played another huge part in the Italian’s push for European football next year.

Scoring the winner in Roma’s 1-0 win over Udinese last weekend, the forward has eight Serie A strikes to his name and spearheaded their charge to the Champions League semi-finals last season.

During his four year stay in Italy, the 101-cap Bosnian international has scored 86 goals in 171 appearances for I Giallorossi.

If West Ham are able to secure the services of Dzeko this summer, Pellegrini will be signing a player that he knows very well.

Lifting the Premier League title under the Chilean during his time at Manchester City back in 2014, the 33-year-old scored 32 goals in 80 matches under Pellegrini.

The Sun are reporting that while Roma are willing to part ways with their attacking talisman this summer, Claudio Ranieri’s side will be looking for a fee in the region of £14million.

With Andy Carroll undergoing surgery on a recurring ankle injury that will see him miss the remainder of the Premier League season, Pellegrini is desperate to bolster his attacking options for next year.

Not featuring for the Hammers their defeat against Manchester City back in January, it is looking increasingly likely that West Ham will not extend Carroll’s contract which is set to expire after their final matchup against Watford on the 12th of May.

After trying to force through a move to China back in January, the Austrian international has struggled to find a spot in West Ham’s starting XI and has not found the net since in his last nine top-flight appearances.