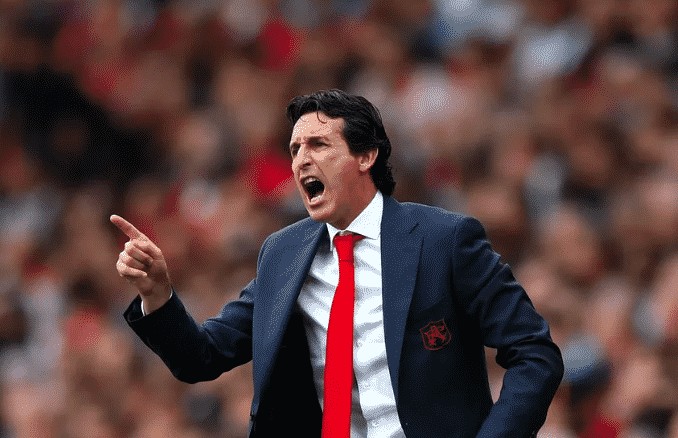 It was another tough weekend for Arsenal manager Unai Emery. Not only did he see his side throw away another two goal lead, but he also witnessed his club captain Granit Xhaka react aggressively to booing Arsenal fans as he left the pitch.

Odds for Unai Emery to be Sacked

As things stand, Unai Emery is still as big as 12/1 in the next Premier League manager to be sacked market. These odds are from Paddy Power. The Spanish manager has failed to improve Arsenal since he has joined the club and as well as leaving Mesut Ozil away from the first team and sometimes the whole squad, he now has another major problem following his captains outburst towards the fans at the Emirates Stadium this weekend.

Next Premier League Manager to be Sacked Odds 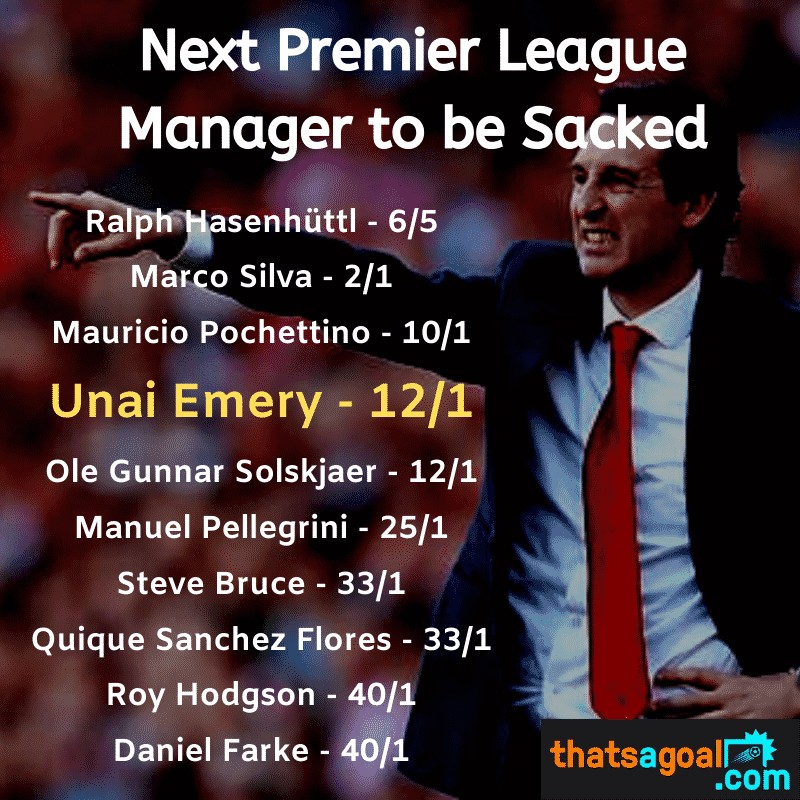 The favourite to be the next Premier League manager to be sacked is Southampton’s Ralph Hasenhüttl, in no small part due to their 9-0 home defeat against Leicester City on Friday night. After Ryan Bertrand was sent-off early in the first half, Southampton sunk without a trace and put up a shocking performance against Brendan Rodgers’ in-form outfit.

Next in the betting comes Everton’s Marco Silva. He is also losing the backing of a lot of fans and a 3-2 defeat against Brighton at the weekend would not have helped his cause. Some are blaming a poor VAR call for that loss but Silva’s record at Everton is not good – they have failed to win in 29 attempts when going behind in the Premier League.

Tottenham’s Mauricio Pochettino is also at the head of the market in the next Premier League manager to be sacked betting because of Spurs’ poor start. They failed to win again at the weekend, despite Harry Kane putting them 1-0 up inside a minute at Anfield. A ridiculous challenge from Serge Aurier gave Liverpool a penalty which was converted by Mo Salah. The likes of Aurier, Danny Rose, Dele Alli and Christian Eriksen were lambasted for their poor performances once again and Pochettino certainly has a job on his hands if he is to turn Spurs’ season around.

If Unai Emery was to be sacked as the Arsenal manager, who would replace him? At this time, former Arsenal player and current Manchester City assistant manager Mikel Arteta is the 5/2 favourite with Paddy Power. He already has a link to Arsenal and was wanted by a lot of Gunners fans before Unai Emery was appointed.

Another former player, Patrick Vieria is the second favourite at odds of 7/2. He is highly regarded and has done well managing Ligue 1 side Nice for the past 16 months, so he would be high on the list of candidates for the next Arsenal manager if Unai Emery was to be sacked as manager.

Perhaps the most high profile name towards the top of the betting to be the next Arsenal manager is former Juventus boss Massimiliano Allegri. He is currently out of work and has been linked with jobs in the Premier League before including the Arsenal job following Wenger leaving the club.

Wolves manager Nuno Espirito Santo will always be linked with the top jobs after doing so well with Wolves over the past two and a half seasons, and the Portuguese manager is right near the top of the odds for next Arsenal manager because hs has done such a great job with Wolves. It remains to be seen whether he could step up to the next level and manager a club of Arsenal’s stature.

The current Leicester manager is doing a great job there and even though he hasn’t even been in the job 12 months yet, he is already been linked away from the King Power Stadium. It is hard to see him leaving that job after such a short time but he will be linked with jobs like Arsenal, Tottenham and Manchester United should they become available.

One of the most high profile names currently without a club is Jose Mourinho. The former Chelsea and Manchester United boss has a lot of Premier League experience but it is debatable whether his style of play would fit in with the Arsenal fans. His desire to win cannot be questioned but his lack of attacking, fast-paced football could see him fall out with the Arsenal fans quite quickly.

How to bet on Unai Emery to be sacked

Sign-up for Paddy Power and bet £20 on Unai Emery to be the next Premier League manager to be sacked. If your bet wins you will win £260, if your bet loses you will get a £20 CASH refund because of the Paddy Power sign-up offer you can see below.