Man United play Southampton in the last of this weekend’s Premier League fixtures and I have taken a look around the bookies to find the best enhanced odds price boosts for this match.

United have third spot in their sights after shock defeats for Chelsea and Leicester City this weekend and are expected to pick up the three points tonight. However, Southampton are having a good season and Danny Ings is in sparking form, so we cannot write them off completely and both teams to score is one of the tips in our Man United vs Southampton predictions for today’s game.

This match is live on Sky Sports Monday Night Football and you can see the best price boosts below, including any sign-up offer you could use for that specific bookmaker if you need an account.

The first of our Man United v Southampton price boosts comes from William Hill and two of the in-form strikers in the Premier League. Mason Greenwood has scored four goals in his last three matches now and is starting to cement his place in the United starting line-up alongside Martial and Rashford. Danny Ings is having the best season of his career and has already found the net 19 times this season. He’s scored four in his last five matches and will be Southampton’s main threat again tonight.

See all the other William Hill price boosts here.

Ole Gunnar Solskjaer’s side have been in fantastic form in recent weeks and they won’t want to take their foot off the gas tonight given that they can go third. However, the Saints have nothing to lose and have scored in their last five Premier League away matches including the recent draw at Everton and a 3-2 loss to Tottenham. Goals have not been hard to come-by for the visitors and a United win and BTTS looks a great bet today. The hosts are strong favourites to win the match but you can get 2/1 for Southampton to score and lose the match at Coral.

Next up we have another Mason Greenwood price boost and 15/2 for him to score two or more goals in this game. He achieved this feat when scoring twice in the recent 5-2 win against Bournemouth and that game perfectly showed how good United have been going forward in recent weeks. They backed that up with a 3-0 away win at Aston Villa last time out with Greenwood once again getting on the scoresheet and if he is in the starting 11 for tonight’s game, it would be no surprise to see the young striker bagging a couple of goals once again. With Bruno Fernandes and Paul Pogba providing the assists, Greenwood has every chance of landing this price boost.

Paul Pogba to score from outside the box – 14/1

Pogba has linked up nicely with Bruno Fernandes since coming back into the team following a long injury and he looks to be playing some of his best football in a Manchester United shirt. The Frenchman is partial to a shot from outside the box and if he gets the chance, this might be a lively outsider for a bet tonight. Keep the stakes small as it is a 14/1 shot for a reason but don’t be surprised to see Pogba have a couple of long-range efforts and hopefully, one of them sneaks in past the Saints keeper.

£20 RISK FREE first bet (refund in CASH if you lose)

Review
Claim HereClaim Here
ew customers only. Place your FIRST bet on any sportsbook market and if it loses we will refund your stake in CASH. Max refund for this offer is £20. Only deposits made using Cards or Apple Pay will qualify for this promotion. T&Cs apply. Paddy's Rewards Club: Get a £10 free bet when you place 5x bets of £10+. T&Cs apply.

The last advised bet for Manchester United vs Southampton tonight is a bet builder that comes exclusively at bet365. You can build these bets yourself but this is what I have gone for. Both Anthony Martial and Mason Greenwood have been firing in the goals since the return from lockdown and both players were on the scoresheet in their last home match against Bournemouth.

United have scored in their first half of their last five home matches now so the over 0.5 first half goals should be an easy winner and finally, we’re hoping for a booking for Ryan Bertrand. The Southampton full-back will be up against Mason Greenwood tonight and if he gets caught out of position then he might have to sacrifice himself and get booked.

You will need a bet365 account to create your own bet builder bets and once you have an account, you can do this for any match. Simply go to the fixture you want to bet on and select ‘Bet Builder’ at the top of the page.

New bet365 customers also get their up to £100 in bet credits sign-up bonus which means your first deposit gets doubled, giving you more to bet with.

1 Hit this link to the bet365 welcome offer page

4 bet365 will double that deposit

Build your own bet with selections from the same match

Select more than one bet from the same match and add it to your bet builder. 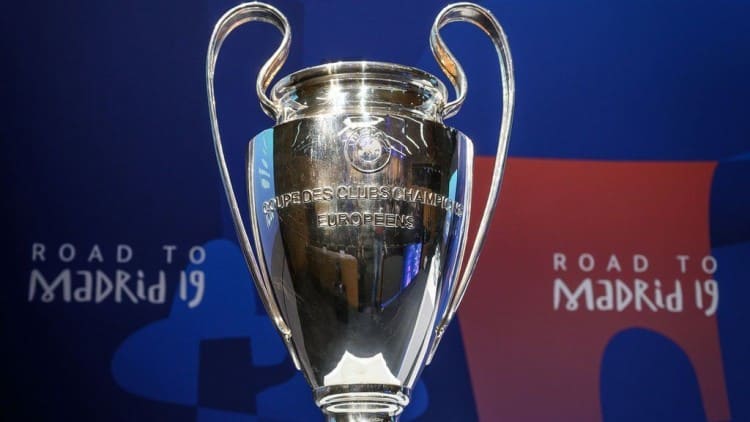 5/1 for Manchester City & Barcelona to win this week