The FA Cup third round will see second placed Premier League giants take on the relegation candidates and Championship side Rotherham United. Will this be a straightforward result or is there an upset on the cards? See our Man City vs Rotherham predictions below and get yourself a free bet to use on our betting tips.

As much as I would like to back the underdog, especially with myself being a Yorkshireman, I can’t. The stats don’t look to be in the Millers favour. Although I don’t think it will be as easy as the bookies suggest, I can’t see anything other than a Man City win, and here’s why. City always take the FA cup seriously. They always play a near full strength side, even against the underdog teams. The side they name against Rotherham obviously won’t be the full eleven but it won’t be too far off the side that has just beat the unbeaten Liverpool on Thursday and are second in the table with only three losses. City haven’t gone out in the third round since the 2011/12 season, and that time they played Man United. I do, however, feel that we have to give Rotherham more credit. They may be 21st in the Championship, but they can prove a very difficult team to beat when they set up properly. Both teams have scored in three of the Millers last five games and all five of City’s last five outings. Rotherham will be up for the fixture but ultimately there can only be one outcome. The first of our Man City vs Rotherham predictions is City to win and both teams to score.

For our first scorer tip we’re going to take a chance on Aguero starting the match and getting on the scoresheet. You know City take the FA Cup seriously when Aguero has scored in their last three consecutive FA Cup third round ties and two of these he was the first scorer. Aguero to score first is the second of our Man City vs Rotherham betting tips for this week’s FA Cup tie.

My correct score tip to complete these Man City vs Rotherham predictions is for a 3-1 City win. Rotherham should put up a fight but will fall to a convincing defeat, but then we don’t expect anything else. They will make a good show of themselves.

Use BetBull for all your future accumulators, you get a £20 free bet when you download the app via this link and you can follow other tipsters and copy their bets – to find out exclusive tips just search for ‘thatsagoal’ on the app. 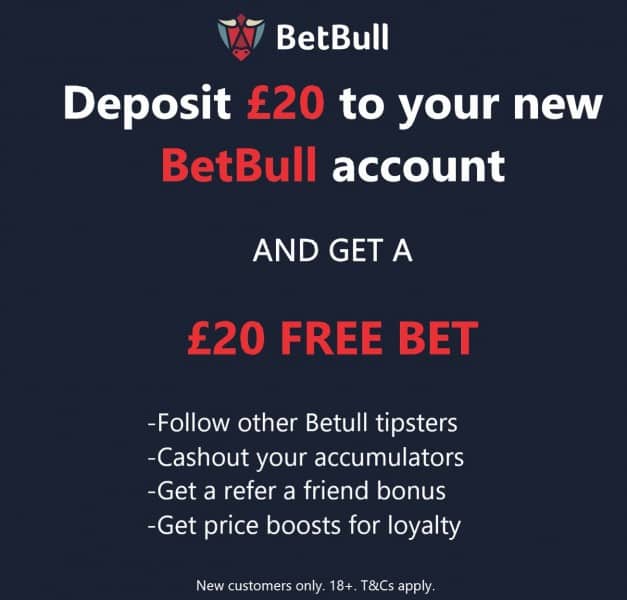