The St Leger Festival starts on Wednesday afternoon and the ITV Racing cameras will be at both Doncaster and Kempton. Henry was in sensational form on Saturday’s racing tips and he’s got a bet from each of the live races today.

CLAIM YOUR FREE BETS AT 888SPORT

The 1:40 contest at Doncaster is Class 2 nursery handicap over 7f. Atasar heads the market at 4/1 in what looks a wide open betting heat. Atasar is coming off the back of a victory at York last time out and is a worthy favourite for the TJ Kent team. Mayaas chased Atasar home that day and I don’t think there will be much between them on this occasion as the Haggas charge was slowly away at York last time. Mayaas now gets first time cheekpieces which could squeeze out the necessary improvement.

The horse I like here however is A BOY NAMED IVY. A Boy Named Ivy was as green as grass on his debut finishing 4th of 4 before showing huge improvement to win easily on his second start up at Ayr. He than went to Haydock and ran a cracker finishing a good second staying on strongly but not able to quite peg back the winner. I think this track will suit him better and Kevin Stott keeps the ride.

ITV head to Kempton as well for two races, the first being this 1:55 handicap contest. Win O’Clock heads the market for the on fire Roger Charlton team after a clear cut win at Sandown last time out. His best form has come on turf which is a slight worry here.

I prefer OMNIVEGA here for the team of David Simcock and Jamie Spencer. This horse has been thriving on the AW winning his last three AW starts before finishing an unlucky 4th at Ascot on the turf last time out. I think he is still improving and as long as Spencer isn’t silly giving Win O’Clock too much ground at the start I think he’ll win here as he seems better suited to the AW than the favourite.

Next up is the Scarborough Stakes, a Listed contest for the sprinters over 5f. Dakota Gold heads the market after running back into form on the last two occasions winning the Beverley Bullet before finishing a good second behind Starman at York on Sunday. It is a quick turn around for him here and that is a slight concern for me.

The horse I like is MOSS GILL. Moss Gill is thriving this year winning a decent listed race at York two starts ago before running his best career race to date when third in the Group 1 Nunthorpe Stakes behind Battaash. Moss Girl is a previous course and distance winner and with him clearly thriving of late, he’s the one for me here.

The next race from Kempton is the 2:25 race which is a Class 3 handicap over the 1m distance. The unexposed Itkaann heads the market for Owen Burrows looking to defy the 7lb raise for his win last time out.

I am happy to chance a massive outsider here and that is FLAMING SPEAR E/W. Flaming Spear has won some very good races in the past but hasn’t ran any sort of race in the last two years. He continues to slide dramatically down the handicap and a return to anywhere near that form would see how probably win this contest. The reason I am happy to chance him today is he is returning to the scene of his last victory albeit back in 2018, Dean Ivory’s horses are in good form as of late and the horse now gets first-time blinkers. I think the first-time blinkers could certainly help him switch on and liven him up a bit. I expect them to go a decent pace here which will suit this hold up performer. Worth a small bet for me here.

The 2:40 contest is a Classified Stakes race over the 1m distance and it is wide open. I’m sure there will be plenty of market movers in this one and punters should bare that in mind. It often pays to follow the money in a race of this nature.

The horse I like is LATE ARRIVAL. Late Arrival has looked a winner in waiting of late and finishing second on his handicap debut last time. I’m sure he’ll be winning races very soon and with the Simon and Ed Crisford team operating at a 32% strike rate with 8 out of there last 26 runners winning I feel today could be the day it enters the winners enclosure. William Buick is an eye-catching jockey booking.

The 3:15 contest is the Sceptre Fillies Stakes, a group 3 race over 7f.

I fancy JUBILOSO NB to get back in the winners circle here. She ran no race whatsoever on her comeback run finishing last of 10 behind Nazeef at Royal Ascot but that run was too bad to be true. She was heavily gambled that day so I feel something must have been amiss. She is the classy horse in this race and if she can return to the form that seen her finishing third in the Group 1 Coronation Stakes last year than she’ll take some stopping in this contest. She’s had a nice break since Ascot and I’m sure Sir Michael Stoute has purposely been patient with her to make she’s 100% and ready to go today.

The 3:45 race is a 1m2f handicap and it’s another wide open betting heat with top weight Sky Defender heading the market at 11/2 for the Mark Johnston team. He is sure to run his race but has no scope off his current handicap mark.

The horse I like here is CARADOC NAP. Caradoc won a very good handicap race at Newbury last year and I think everyone was expecting him to kick on again this year but it hasn’t quite happened as of yet. He hasn’t quite had the rub of the green in his three runs this term but I believe he is more than capable of defying his current handicap mark. Ed Walker horses have started to run well again of late and he had a good winner at York on Sunday with Starman. It was in September 2019 when he won a good handicap at Newbury so hopefully this is the time to catch him.

Enter our tipping competition for free today, and each day of the 2020 Doncaster St Ledger Festival, for your chance to win a £50 free bet today. 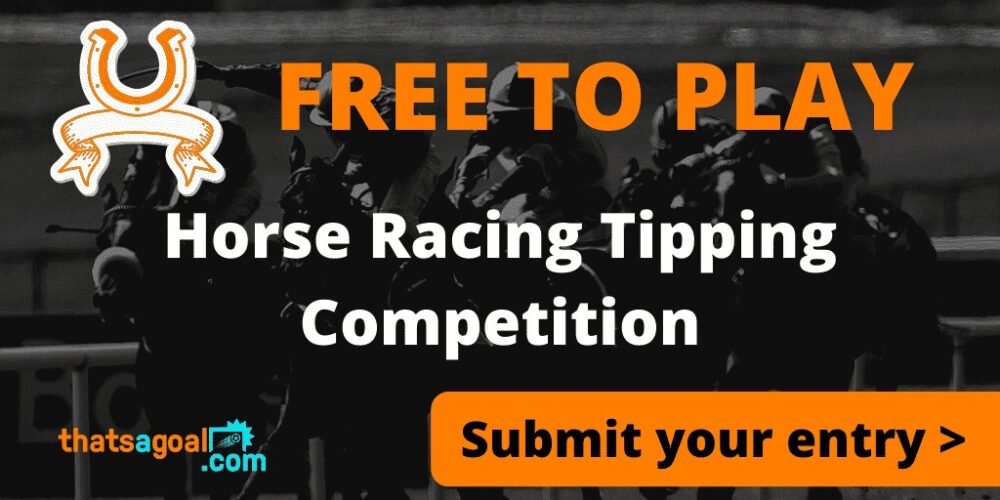