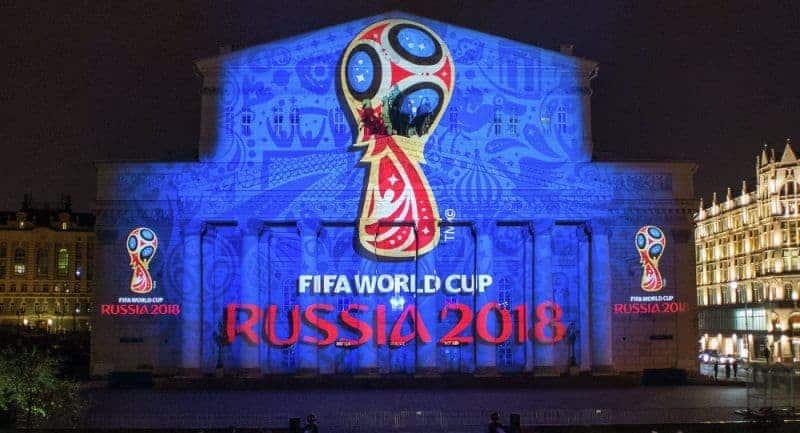 World Cup top goalscorer betting tips and predictions for this summers tournament in Russia – our football tipster has selected some shorter odds players and a few to consider at massive odds.

It is no surprise that Lionel Messi, Neymar, Antoine Griezmann and Cristiano Ronaldo generally occupy the first four positions in the market for Top Goalscorer odds in the 2018 World Cup. However, as in the case of the 2014 edition, one the main favourites may not necessarily become the leading World Cup goalscorer with James Rodriguez of Colombia topping the charts with six goals scored in that tournament.

This article examines the relative merits of the leading contenders to emerge as Top Goalscorer and also explores a few of the other forwards worth considering. Current prices are offered by William Hill with 1/4 odds for a place up to 4th position.

Bet £10 on a top scorer with William Hill > get a £5 free bet for each goal they score.

Despite Argentina reaching the final of the 2014 World Cup, Messi only scored four goals all of which were netted in the group stages. He did convert his spot-kick when the Argentines beat Netherlands on penalties in the semi-finals, but the losing finalists scored just two goals in 360 minutes of football from the Round of 16 onwards.

Messi has been free-scoring for many seasons in La Liga, and he is capable of striking hat-tricks at free will as proved when scoring all three Argentina goals during their final qualifying victory against Ecuador back in November. Yet he will be closely marked in this tournament and Argentina are not guaranteed to reach the Semi-Finals so we’re looking elsewhere for our World Cup top goalscorer predictions.

Although Neymar has been installed as one of the favourites to be leading striker in the World Cup top goalscorer odds, his fitness is the subject of much doubt. He has yet to feature in action since breaking a foot in a PSG victory against Marseille back in February. The Brazilian had already scored nine Ligue 1 goals during 2018 prior to that injury.

An injury prevented Neymar from playing in Brazil’s ill-fated Semi-Final against Germany in the last World Cup, but he had netted four times until that game. A fully-fit Neymar would be a definite contender to be leading striker, but he may lack match sharpness.

Atletico Madrid striker Antione Griezmann was not a regular starter for France at the 2014 World Cup, but he proved his worth in the 2016 Euros by becoming clear Top Goalscorer with six goals as the French team succumbed to Portugal in the final via a 1-0 scoreline.

Griezmann also claimed 19 La Liga goals last term and scored twice in his team’s 3-0 win against Marseille in the Europa League final. Although there may be some competition among the French forwards in the goalscoring stakes with Kylian Mbappe and Florian Thauvin likely to feature, it is worth noting that France have a relatively easy draw in World Cup Group C and they could advance into the latter stages of the knockout phase. Griezmann is our top World Cup top goalscorer betting tip this summer.

As with Lionel Messi, Ronaldo has been in free-scoring form for several seasons in La Liga, netting several hat-tricks with Real Madrid and also scoring in Champions League action. However, the Portuguese striker could only find the net on three occasions during his team’s triumph in the 2016 Euros, two of which were claimed during the thrilling 3-3 group match with Hungary.

Ronaldo scored only once during the Portuguese failure in the previous World Cup when they were failed to emerge from the group stages behind Germany and the United States. Although Ronaldo did score 15 goals in helping Portugal to comfortably qualify for this tournament, their progress is this competition is far from certain.

Another strong performance is expected from Colombia but both Carlos Bacca and a rejuvenated Radamel Falcao are also expected to feature in the attack. Rodriguez netted just seven goals for Bayern Munich in the Bundesliga last term and was overshadowed by Robert Lewandowski.

BET ON JAMES TO BE WORLD CUP TOP GOALSCORER. 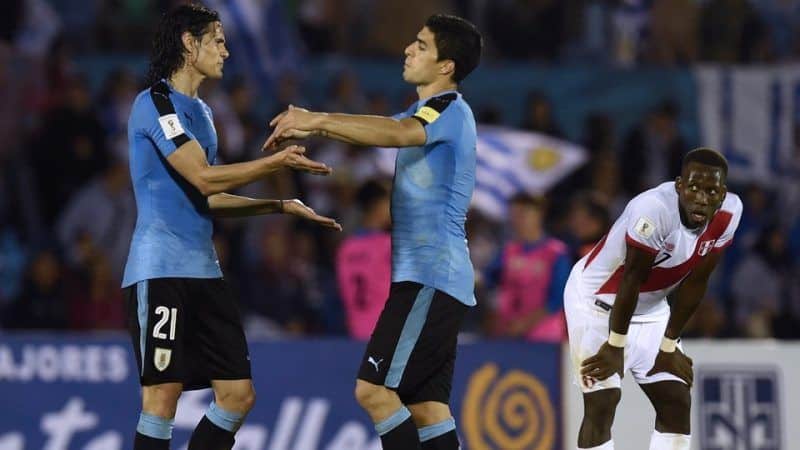 Uruguay could be a team worth watching especially from the favourable World Cup Group A draw. Cavani is expected to be their leading striker alongside Luis Suarez and although he is capable of missing a few chances, he has demonstrated a tremendous work ethic at PSG which has helped in scoring 28 Ligue 1 goals last term. Cavani is our each-way selection in the World Cup top goalscorer betting tips.

A team-mate of Cavani at PSG, but still scored 13 Ligue 1 goals in the previous campaign to follow his 15 for Monaco in the prior season. Although he is likely to play alongside Griezmann in the French starting line-up, it is still possible that Mbappe could surpass his compatriot in the scoring charts, although he can be guilty of wasting opportunities.

There is no guarantee that Neymar will be leading the Brazil attack during the early stages of the tournament, and Jesus could take advantage of the situation. The 21-year-old striker netted 13 goals from just 29 Premier League appearances for Manchester City and was a capable deputy for Sergio Aguero during late season scoring seven competitive goals from mid-March onwards.

It is difficult to ignore any German contender to be Top Goalscorer but there are so many players within the squad capable of finding the net. Although Werner has netted 34 goals in his last two Bundesliga seasons at Leipzig, he will be competing alongside Thomas Muller in the Germany attack.

Romelu Lukaku is expected to lead the Belgium attack and his team could be involved in the latter stages of the tournament. Yet the current fitness of the Manchester United striker is debatable and Mertens could be worth noting for goals. The Napoli forward has claimed 46 goals in the last two Serie A campaigns and scored five goals during qualification.

The Tottenham striker will captain his country and will lead the England attack. Kane is a prolific Premier League striker but has failed to score a goal in his last two summer tournaments. There is also no guarantee that the English team will progress beyond the Round of 16 according to our England World Cup betting tips so it is probably best to look elsewhere for our World Cup top scorer predictions.

Scoring 28 Bundesliga goals in two seasons for Hoffenheim has promoted Kramaric into the Croatian team and he netted both goals as his team beat Ukraine 2-0 in their final qualifying match. Croatia could be a surprise team this summer and Kramaric is worth watching as a rank outsider for our World Cup top scorer tips in Russia this summer.

BET ON KRAMARIC TO BE WORLD CUP TOP GOALSCORER

Open a new William Hill account and bet £10 on any World Cup top goalscorer bet – win or lose you will get THREE free £10 bets added to your new account to bet on more World Cup 2018 bets. Just follow the simple steps below to get your three free £10 bets.

1 Click this link to William Hill’s offer and register

*Additional offer: bet £10 on a top goalscorer and get a £5 free bet for each GOAL he scores.*