World Cup Predictions and Betting Tips from our Tipsters

The World Cup is getting ever closer and today we’ve asked our football tipsters to pick the best of their World Cup predictions and tell us why. You can see all the selections below and where to bet on our 2018 World Cup tips.

The bets range from a 50/1 top goalscorer bet to a team to win the World Cup prediction. As well as these bets, you can keep up to date with all the latest World Cup news, predictions and betting tips and find match previews of all the group stages on thatsagoal.com now. It is never too early to start betting on the 2018 World Cup! Our tips below including the potential winners, a huge odds selection from the top goalscorer market and a bet focusing on Mo Salah’s Egypt side, who are in Group A along with hosts Russia.

I’ve had a look at some of the more unusual World Cup markets in an attempt to find some value elsewhere. Before the tournament started, I thought Brazil had a decent chance of winning the tournament outright. And I still do. Their qualifying campaign was extremely convincing and they topped the CONMEBOL table by a comfortable 10-point margin. Argentina, for all their attacking qualities, just can’t seem to gel and only won 7 of their 18 matches en route to sealing their place in Russia. Brazil are Evens with bet365 to be the top South American team at this year’s World Cup, and this certainly looks appealing given the many weaknesses that subsist among the continent’s other countries. I’d expect Brazil to be involved in the latter stages of the competition, as they were in 2014, so an odds-against price on them being the last South American side standing certainly tempts.

My best bet for the World Cup this summer is for Brazil to lift the trophy. I feel Tite’s side has improved significantly since their embarrassing 7-1 semi-final defeat against Germany back in 2014. That side had no Neymar, Gabriel Jesus, Casemiro, Douglas Costa or Roberto Firmino, and I feel this selection of players are going to make a massive difference this time around. The Selecao have matured as a bunch of players and Brazil’s recent form emphasises my point as they beat a strong Germany side 1-0 in March.  The Brazilians are the only South American side to prevail in a past tournament staged in Europe and I feel they will be the ones to beat in Russia. They eased past their South American World Cup qualifying group stage too, finishing 10 points ahead of Uruguay and only suffering one defeat in their 18 matches which included fixtures against Argentina, Colombia, Chile and the Uruguayans. There is a lot to admire about the Samba Stars, especially the attacking prowess Tite’s side has at its disposal. Therefore, Brazil are the pick in my World Cup 2018 winner predictions, and they are best valued at 9/2 with William Hill.

My best World Cup betting tip is for Poland to reach the quarter-final. The more patriotic and hopeful of England fans may not agree with this pick. For this to happen I can see Colombia not finishing top of group H – which is a very tough group to call in itself. This allows the Eastern Europeans to finish top in the group which also contains Japan and Senegal. Assuming Belgium finish first in England’s group, Gareth Southgate’s squad will be playing the Poles in the round of 16.

Manager Adam Nawałka has overseen the nations most successful period in their history and with players such as Robert Lewandowski, Piotr Zieliński and Wojciech Szczęsny in the squad there is no reason why the squad who are set to be backed by a fanatical fanbase can’t beat the Three Lions to reach the final eight. The odds for Poland to reach the 2018 World Cup quarter finals are 13/5 with Ladbrokes.

My best bet for the 2018 World Cup is for France to win the tournament. Faced with a relatively comfortable Group C in which they will compete against Australia, Peru and Denmark, France could emerge as the best bet to win the World Cup this summer. Although they may not be the strongest team defensively, there is a decent blend of youth and experience among the French players. They are also likely to possess one of the more potent attacks in the tournament with pace, invention and recognised goal scorers within the squad. Beaten in the final of Euro 2016 in their own country, France could go one better in this tournament. The best odds for France to win the World Cup this summer are 7/1 with 888Sport. 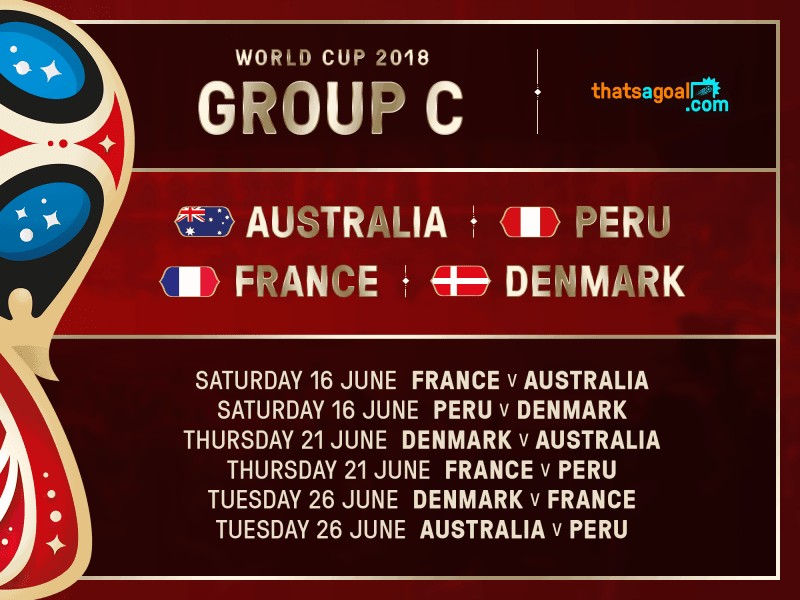 France’s fixtures in Group C look favourable and it would be no surpsise to see them pick up nine points from their opening games. A last 16 tie against Croatia, Nigeria or Iceland is predicted and from there they are into the deep end of the tournament. Will France win the World Cup? Tell us on Twitter @thatsagoal.

My best World Cup tip is for Egypt to be the top African team. Egypt are the third favourites in this betting category and the World Cup odds look generous. In their group, they have been drawn along side the hosts Russia, Luis Suarez’ Uruguay side and group outsiders Saudi Arabia. Uruguay are rightly favourites to top the group, but the Egyptians won’t fear them. They have Ahmed Hegazi and Ramadan Sobhi in their ranks, both of which have featured in the Premier League this year, but the clear superstar in their side is the Premier League top goalscorer Mohammed Salah. Neither Russia or Saudi Arabia have this calibre of player and this is what makes me believe Egypt will at the very least qualify from the group. The other African sides in this category are Senegal, Nigeria, Morocco and Tunisia. The two latter sides have been drawn in with two European heavyweights, so their chances of getting through the group stage look slim. Nigeria are in a group of death and their odds look extremely slim. Senegal are the only team that have a chance of progressing from the group, but Egypt look to be the value here and also make this my best bet for the 2018 World Cup.

The number one pick in my 2018 World Cup predictions is an each-way bet on Falcao to be the World Cup top goalscorer. We’re absolutely spoilt for choice over what bets to back for this summer’s World Cup, but since the competition only comes around every four years, I always like to throw a little caution to the wind with some of my football betting tips. With that in mind, my World Cup tip is to back Radamel Falcao as an each way bet for the Golden Boot at 50/1 with Betfred. The Monaco striker has seen a surge in form over the last couple of years following his ill-fated spell in the Premier League. Now 32 years old, he currently has 28 goals from 36 appearances for club and country this season and also commands spot-kick duties for his national side as well. Remarkably this is likely to be Falcao’s first, and probably only World Cup, so I would expect him to be champing at the bit to get his goal tally up and running. His side, Colombia were beaten quarter-finalists in 2014 and are favourites in a competitive Group H against the likes of Poland, Japan and Senegal this time around. Whilst this may act as a deterrent for some people, I often aim for these types of groups as others can often feature a dead rubber match when a heavy favourite wins their opening two matches, thus depriving you of a chance to pick up some more goals when wholesale changes are made to protect the best eleven. 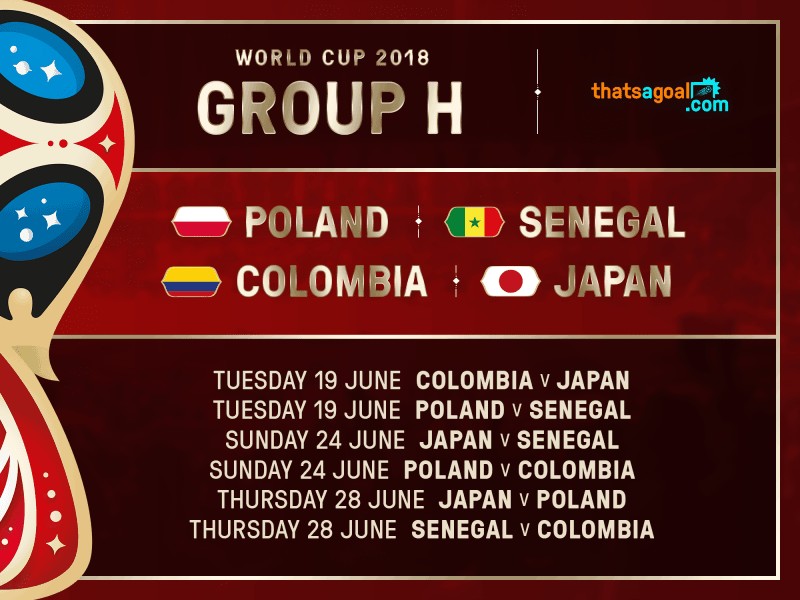 It was a Colombian who picked up the World Cup top top goalscorer accolade in the 2014 tournament as James Rodriguez was a shock winner, now Falcao could go close. Colombia’s fixtures in Group H mean Falcao could get a few goals in the early stages of the tournament, with wins predicted against both Japan and Senegal. The Poland match will be tougher bur our World Cup predictions will not be ruling out a Colombia win.

Follow more of our betting tips for the 2018 World Cup and you can also see some early match predictions for the first round of group matches including Russia vs Saudi Arabia betting tips and the big one for England fans, our Tunisia vs England betting tips ahead of the Group G match on the 18th June.