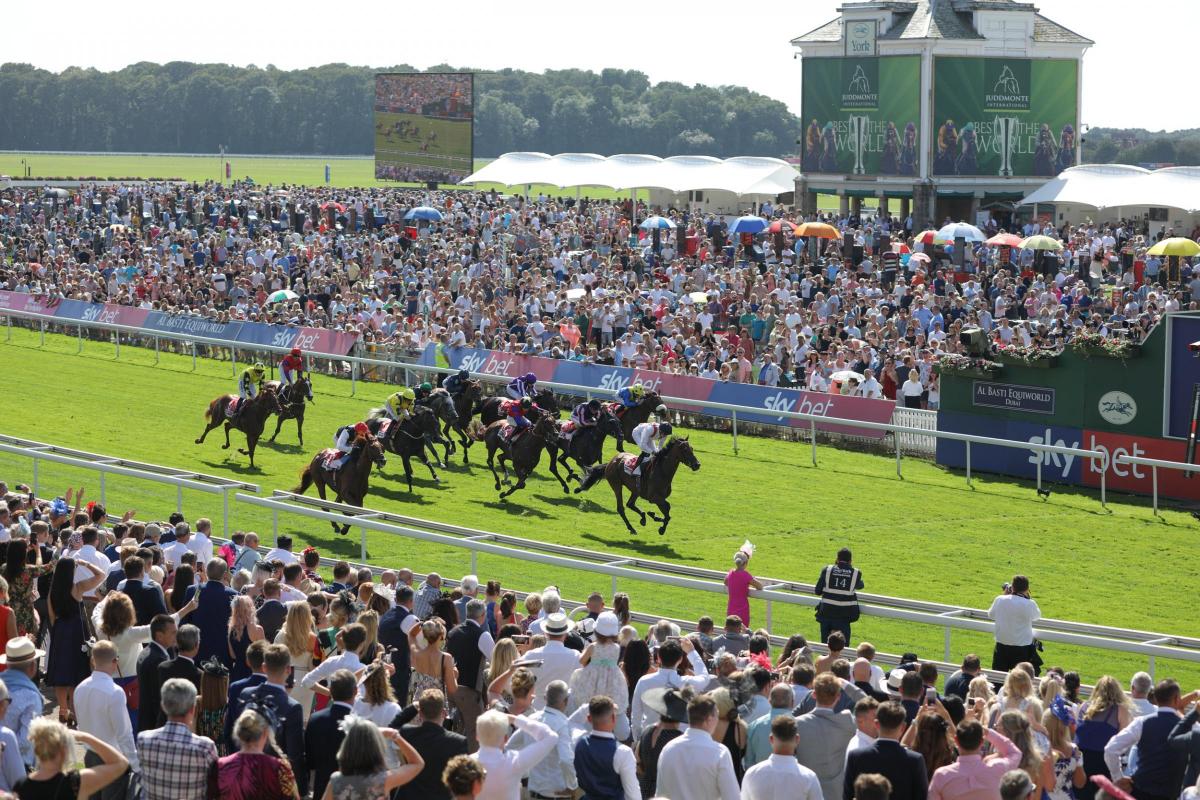 The sprinters take centre stage at the Welcome to Yorkshire Ebor Festival at York on Friday with the running of the Group 1 Nunthorpe Stakes.

This year’s renewal has a distinctively international flavour, with leading contenders from France and the United States among the 15 declared runners.

Golden Pal remains something of an unknown quanity as far as British audiences are concerned, but the fact that he’s trained by Wesley Ward – who’s no stranger to the winners’ enclosure at Royal Ascot – speaks volumes for his chances. The son of Uncle Mo was beaten, albeit narrowly, on his only previous appearance in Britain, in the Norfolk Stakes at Royal Ascot last June, but Ward reckons he ‘could be the best I’ve trained’. Officially, he has something to find with Suesa, who is rated 3lb superior and receives a 3lb fillies’ allowance, but looks a potent threat to all.

The Night Of Thunder filly Suesa lost her unbeaten record when only eigth of 15 in the Commonwealth Cup at Royal Ascot, but returned to winning form with a comprehensive 3-length victory over the disqualified Commonwealth Cup ‘winner’ Dragon Symbol in the King George Stakes at Goodwood. She is clearly highly talented, but has yet to race, never mind win, on going faster than ‘good to soft’, which must be a worry in this exalted company.

Officially, Dragon Symbol has yet to win a Pattern race, but was demoted after beating Campanelle – also trained by Wesley Ward – by a head in the Commonwealth Cup, before finishing runner-up in the July Cup and the King George Stakes. Following the latter effort, jockey Oisin Murphy insisted that ‘Dragon Symbol is better than that’ and, while he must reverse Goodwood form with Suesa, another forward showing would be no surprise.

At longer odds, Arecibo has yet to win a Listed or Pattern race of any description but was seen to good effect when coming from off a lightning early pace to finish second, beaten 1¾ lengths, behind Oxted in the King’s Stands Stakes at Royal Ascot. His subsequent efforts at Sandown and Goodwood, where he was ridden more prominently, weren’t quite at the same level, but this race could be run to suit him. He has improved significantly since joining Robert Cowell earlier this year and is no forlorn hope, despite his generous odds.

The last 2-year-old to win the Nunthorpe Stakes was Kingsgate Native in 2007 but, in receipt of 19lb and upwards from his rivals, Chipotle could prove to be a lively outsider. Any softening of the going would probably put paid to his chances, as it did in the Molecomb Stakes at Goodwood last month, but otherwise he looks way overpriced.

The likes of Golden Pal, Winter Power and Dakota Gold, among others, should ensure that the race is run at an end-to-end gallop. If it is, it could be set up for a hold-up horse, in which case Arecibo may be able to swoop late and land the spoils. At the odds on offer, he looks decent each-way value.

Money back in CASH for your first £50 worth of losses

Review
CLAIM!CLAIM!
New UK users only. The cash refund will equal the amount of your first deposit up to £50. Payment restrictions & T&Cs apply.
2.

Review
CLAIM!CLAIM!
New Customers only. Bet £10* & Get £50* in Free Bets. Sign up, deposit between £5* and £10* to your account and bet365 will give you five times that value in Free Bets when you place qualifying bets to the same value and they are settled. Free Bets are paid as Bet Credits. Min odds/bet and payment method exclusions apply. Returns exclude Bet Credits stake. T&Cs, time limits & exclusions apply.
4.

Review
CLAIM!CLAIM!
18+, UK only. Deposit and place a minimum £10 cash bet at single or accumulated odds of 1/1/ or greater and we will give you £15 in free bets. Applies to first cash bet only. Free bets credited as 3 x £5 bets to use on Football, Horse Racing & Virtual Sports. Cashed Out, Void or Draw No Bet wagers do not qualify for this promotion. Free Bets are credited upon qualifying first bet settlement. 7-day free bet expiry. Available once per customer. This offer cannot be combined with any other promotion. Full T&C’s apply. 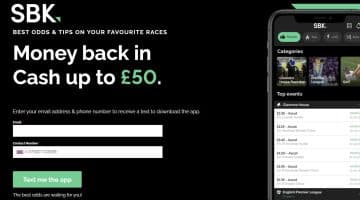