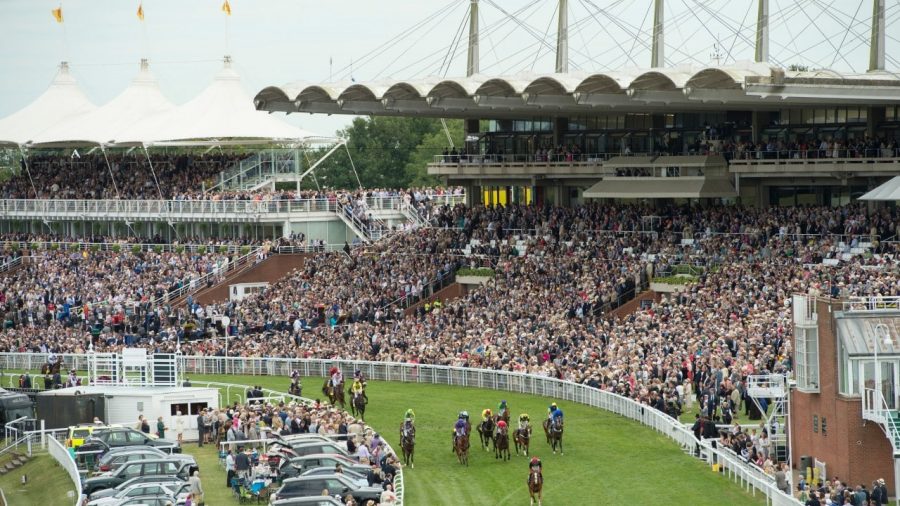 The Cup clash between Stradivarius and Santiago is arguably the highlight of the opening day at ‘Glorious Goodwood’ but with the former horse likely to start a short-priced favourite, the main contenders for two other Group races and two competitive handicaps are previewed.

Four horses are tipped to win for our Goodwood day 1 lucky 15 tip, and all of the following races will be televised on ITV so you can also use the Unibet 15 go to offer if you’re betting on singles, giving you a free bet each-time you back a winner, up to £20.

Add this lucky 15 tip to your betslip with one click and if you need a Bet Victor account, you will also get their current sign-up bonus which is bet £10 get £40 and that gives you a £5 free bet for the remaining four days of Goodwood, a £10 free bet for today and a £10 casino bonus.

How to get it:

1 Join Bet Victor using this link to the £40 promotion

All the details on this link

Cape Cavalli is likely to be a leading contender for this 1m2f Class 2 handicap after winning earlier this month over the same distance at York. However, he needs to build upon that effort to win this higher graded contest.

Derevo showed that he could be challenger after finishing third behind Fifth Position at Doncaster on his seasonal reappearance during early July. He may have improved over the Winter while the winner that day in Yorkshire has since risen in the ratings. A third place at York on his latest start was a decent performance but he was well-held by the front two.

Another horse to consider is the lightly-raced Red October who was an easy winner at Leicester last time and has never finished outside of the first three placings in five outings, whereas Bell Rock attempts this trip for the first time after winning over a mile at Newmarket before a decent effort in the Royal Hunt Cup. He finished strongly when scoring at Newmarket.

For this 2-year-old 7f Group 2 contest, Gorytus will be expected to improve on his racecourse appearance when he won a minor event at York over this distance. He travels the long journey from North Yorkshire for this race.

He is the only unbeaten horse in this event but will face strong opposition from several contenders including Battleground. Trained by Aidan O’Brien, he overcame a moderate debut by winning the Chesham Stakes at Ascot in the manner of a decent horse.

Youth Spirit was also beaten at the first time of asking at Haydock but then won a maiden race at Newmarket, and he could reverse the Haydock placings with Devious Company who was the fitter colt on the day.

Among the remainder, Dark Lion is one to note after finishing a close fourth in the Coventry Stakes. He was a subsequent winner in a low-key Wolverhampton race over today’s distance.

Another Group 2 race staged over 7f, but this time for 3-year-olds and upwards with Space Blues likely to start favourite. Although he has yet to win at this level, he won a Group 3 contest at Longchamp last time after previously beating Safe Voyage by a neck at Haydock.

The latter horse has since won at Epsom when claiming the Surrey Stakes and was campaigned in good company last term which included a decent third in Newbury’s Hungerford Stakes. He was beaten that day by Glorious Journey who re-opposes and was a Group 2 winner at Meydan back in January. A racecourse absence since February is a slight concern.

Duke of Hazzard will also contest this race after finishing third in Ascot’s Summer Mile and while he was a course and distance winner back in 2018, one mile may now be his preferred distance. Sir Dancealot returns to defend his crown after finding Newmarket’s six furlongs too short a trip last time.

Of the remainder, Pierre Lapin is difficult to assess after winning the Mill Reef Stakes last term but then seriously disappointing in the Commonwealth Cup. He tries this trip for the first time.

This 5f Class 2 handicap could be a decent opportunity for Celsius who is a course and distance winner from last season and is generally consistent over this distance. He is yet to win at this level but is a dual Class 3 winner.

Opposition includes Final Venture who has not won a race for nearly three years but tends to be consistent while Recon Mission has competed over six furlongs three times this season without success and reverts to this trip.

The chances of Acclaim The Nation should also be noted as he finished a close second behind Celsius on his seasonal reappearance and is 4lb better at the weights. His latest second-placed effort at York was a creditable performance.

Tip – Acclaim The Nation to Win.

1 Join Bet Victor using this link to the offer

3 You will get all of the following: