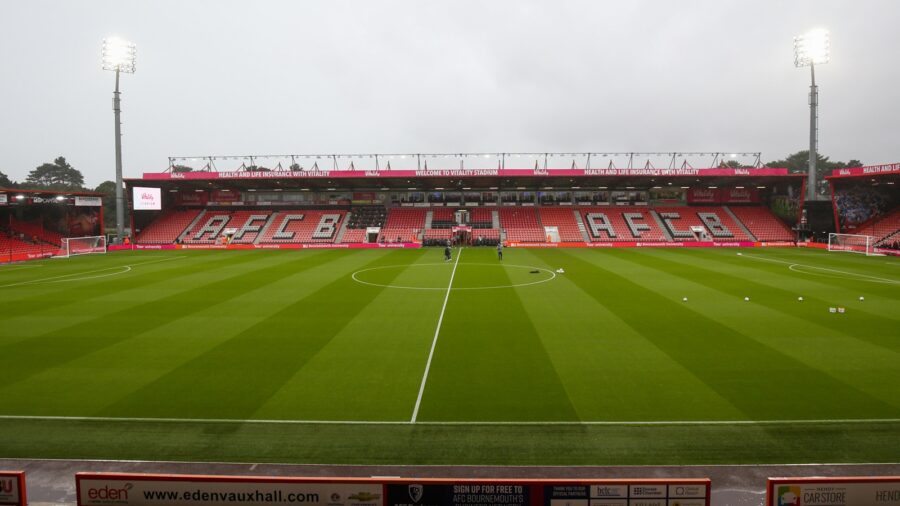 Arsenal’s form since the start of 2022 has been incredible, and the only major question facing them is whether or not it will continue.

Following on from the signings of stars like Gabriel Jesus and two wins under their belt already, the Gunners look like a serious threat to the top four this campaign.

Mikel Arteta’s men kicked things off with a comfortable 2-0 win away to Crystal Palace to start the new Premier League season, and by schooling Leicester City in a 4-2 victory, only Manchester City sit ahead of them in the table after two games.

At this stage last season, Arsenal probably would have lost both these games. Now, they look like serious top four contenders, and against Scott Parker’s attacking Bournemouth side, I expect the Cherries to play right into the hands of Arteta’s tactics.

Get a NO DEPOSIT £5 free bet for Man Utd vs Liverpool at William Hill.

JESUS TO HAVE 2+ SHOTS ON TARGET

What a signing Gabriel Jesus has been. Very few have questioned his goalscoring ability, but how he has effortlessly slid into Arteta’s side has turned him into a threat for the Golden Boot after just two games.

Against Palace on the opening weekend, Jesus had plenty of chances and although he had just one shot on target, he netted two goals in the victory over Leicester City just days later as part of Arsenal’s seven efforts on target in total.

Not only do I expect Jesus to have at least two shots on target, the Brazilian is likely gets a goal too if the chances continue to come in like they did in the first two games.

Over 2.5 goals has been a popular trend for Arsenal under Arteta. In truth, they’ve either been shipping a bunch of goals in their own goal, or scoring a decent amount at the other end during what’s been an incredibly topsy-turvy managerial period for the former Gunners captain.

Now, with two attacking teams meeting at the Vitality Stadium, I see nothing but goals coming in. In Bournemouth’s Championship promotion quest last season, the club scored 74 goals from 46 outings, letting in 39 in the process. For Arsenal, they’ve already been involved in eight goals from two games and are also sharing the goals around the team quite well.

Gabriel Martinelli and Granit Xhaka have already got in on the act, and with the likes of Bukayo Saka and Martin Odegaard eager to show their goalscoring prowess, this game should treat us to plenty of attacking plays from both sides.

With the expectation for Arsenal to get at least a goal, Bournemouth will be eager to move on swiftly from their 4-0 demolition against Manchester City. In truth, almost everyone loses to Pep Guardiola’s side, and in some ways, a newly-promoted side like the Cherries should be commended for getting at least one shot on target from a total of three efforts.

What’s more, it was only two weeks back where they eased past Aston Villa in a 2-0 win with goals from Jefferson Lerma and Kieffer Moore, and it is the latter who could be the biggest threat for Parker’s side.

Moore’s aerial ability and physical nature will be more of a threat to Arsenal than the finishing ability of Dominic Solanke, mainly because of the fact the Gunners have so far nullified many threats on the ground after two games.

Now, with Moore off the mark for the season and Solanke looking to build on his 29 league goals from last campaign, Bournemouth should get a goal in this game too.

ARSENAL TO HAVE OVER 5.5 CORNERS

Arsenal are two games down with two wins on the board, and their attacking brilliance has brought in at least five corners in their first two games. Against Palace, the Gunners had five corners and continuously threatened the Eagles’ defence with 10 shots and an array of chances. Against Leicester, four goals were matched by six corners in the game and a further 19 shots and seven on target.

At the same time, Arsenal are up against a potentially weaker defence this time around than their first two opponents, and if the trend of attacking threats continues for them, the corners will surely fly in once more.

Open a new Betfred account and place a £10 bet on any football today.