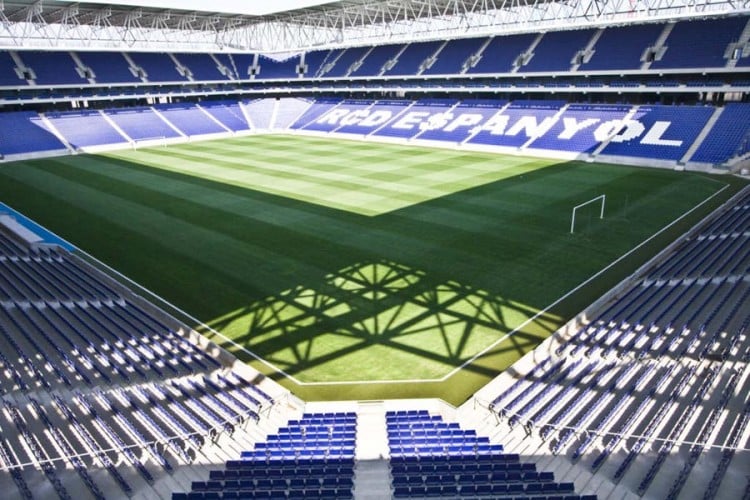 Football both teams to score tips for this weekend’s Saturday matches from the European leagues including the return of La Liga and the Italian football plus a German selection.

With action resuming in La Liga, Espanyol face the difficult task of avoiding relegation, but they can be a decent team in front of goal on home soil. Their clash with Alaves features in this Saturday BTTS Accumulator alongside a game from the Spanish second tier with promotion-seeking Real Zaragoza hosting a useful away team.

Two other selections incorporate a high-profile clash in Italy featuring Napoli and Inter Milan while in the German 3. Bundesliga, a game in Munich is covered with goals usually scored in clashes involving 1860.

We’re giving GentingBet a try for this week’s both teams to score bet because if you register and bet £10, you will get a £10 refund (as a free bet) if the bet loses – CLAIM HERE.

Avoiding relegation will be the priority for basement team Espanyol as La Liga action resumes but they have netted in every domestic home match since the beginning of November with five score draws among those games. Opponents Alaves are not the best of travellers having won just two league games on the road this season yet they have failed to score a goal in only two competitive games since the onset of October. Exactly one goal has been scored by the team in nine of twelve prior games.

Unbeaten in Spanish Segunda action during 2020, Real Zaragoza will now be aiming to enhance their promotion credentials as action resumes. Real have also failed to net just once from late November onwards and now welcome a mid-table Alcorcon team which has yet to lose a league match on the road this season. The visitors have scored six goals in winning their previous two league fixtures on away turf with both teams netting in those games.

For the second leg of this Coppa Italia semi-final, Inter Milan will be hoping to reverse a 1-0 loss while hosting the first game. Inter were also beaten 2-0 at Juventus prior to the lockdown but had netted in all other games during 2020. Hosts Napoli scored thirteen goals in seven competitive matches during a busy February and both teams scored in their four prior home matches which included a 1-1 draw with Barcelona in Champions League action.

Both teams have scored in all four German third-tier games played by 1860 Munich since the resumption of play. The Bavarian team lost just one of those games but it is also worth noting that they have failed to net in just one league fixture since late October. Opponents Hansa Rostock have scored three times in winning their last two matches while also earning a 2-2 draw at Zwickau when 3. Liga resumed. Hansa can be unpredictable at times but they have failed to score in just three league games this year.

Open a new Gentingbet account to bet on our both teams to score tips for this weekend and if your first bet loses, you will get a free bet refund up to £10.

1 Set up a Gentingbet account using this special link

3 If it wins you collect your money in cash

Four Teams for a Saturday Both Teams to Score Accumulator