Burnley vs Tottenham betting tips and predictions for the 5:30pm kick-off in the Premier League on 7/3/2020 and a Cheltenham Festival betting offer.

The Clarets have gone six unbeaten to elevate them into the top half of the Premier League with safety virtually assured. They will fancy their chances of victory here against a Tottenham side who are on a bad run, and went all the way to penalties in the midweek FA Cup loss to Norwich.

Spurs are just two points ahead of Burnley in the Premier League table, having lost four on the trot in all competitions now. Jose Mourinho is struggling without Harry Kane and looking at our Burnley vs Tottenham predictions, this could be another disappointing result.

Burnley have won four and drawn two of their last six in the league, their longest unbeaten run of the season.

Tottenham have lost back-to-back league games for only the second time this season, both of which were under José Mourinho.

Over 2.5 goals have been scored in four of Tottenham’s last five league games – the exception being a 2-0 win over Manchester City.

Spurs ran out 5-0 winners in their last game against Burnley with Heung-Min Son scoring a brilliant solo goal.

Spurs have only led at halftime in one of their last five away league games. They’ve trailed 1-0 to Chelsea, Southampton and Brighton and gone level against Watford.

Meanwhile, Burnley have been all square at halftime in each of their last four games. They have kept the opposition quiet in three of those and could well keep out Spurs given their attacking injuries.

The Czech striker looks rejuvenated in recent weeks. He made his first league start of the season at the back end of February when he faced Southampton, scoring to help the Clarets to a 2-1 win. Vydra continued his good work with the opener in his next match against Bournemouth.

He’s now made three consecutive starts with Chris Wood having to settle for a spot on the bench in their last fixture against Newcastle.

Spurs have kept just one clean sheet in five league games and have struggled all season for defensive stability. Vydra looks as likely as anyone in the Clarets line up to net again.

It’s been a disastrous week or so for Tottenham fans. Spurs have fallen behind in the race for Champions League qualification with potentially crucial defeats to rivals Chelsea and Wolves. They are behind in their Champions League tie having lost to RB Leipzig and are out of the FA Cup after defeat to Norwich.

The absence of Heung-Min Son and Harry Kane wills surely be felt with the pair having combined for three goals the last time these two sides faced each other. Burnley could make it seven unbeaten and throw their name into the hat for an unlikely push for European qualification.

Bet on the Cheltenham 1.30pm on Tuesday, the Supreme Novices’ Hurdle, and if your horse finishes 2nd in the race, you get paid in cash as a winner.

CLAIM NOW – PAID IN CASH IF YOUR HORSE FINISHES 2ND 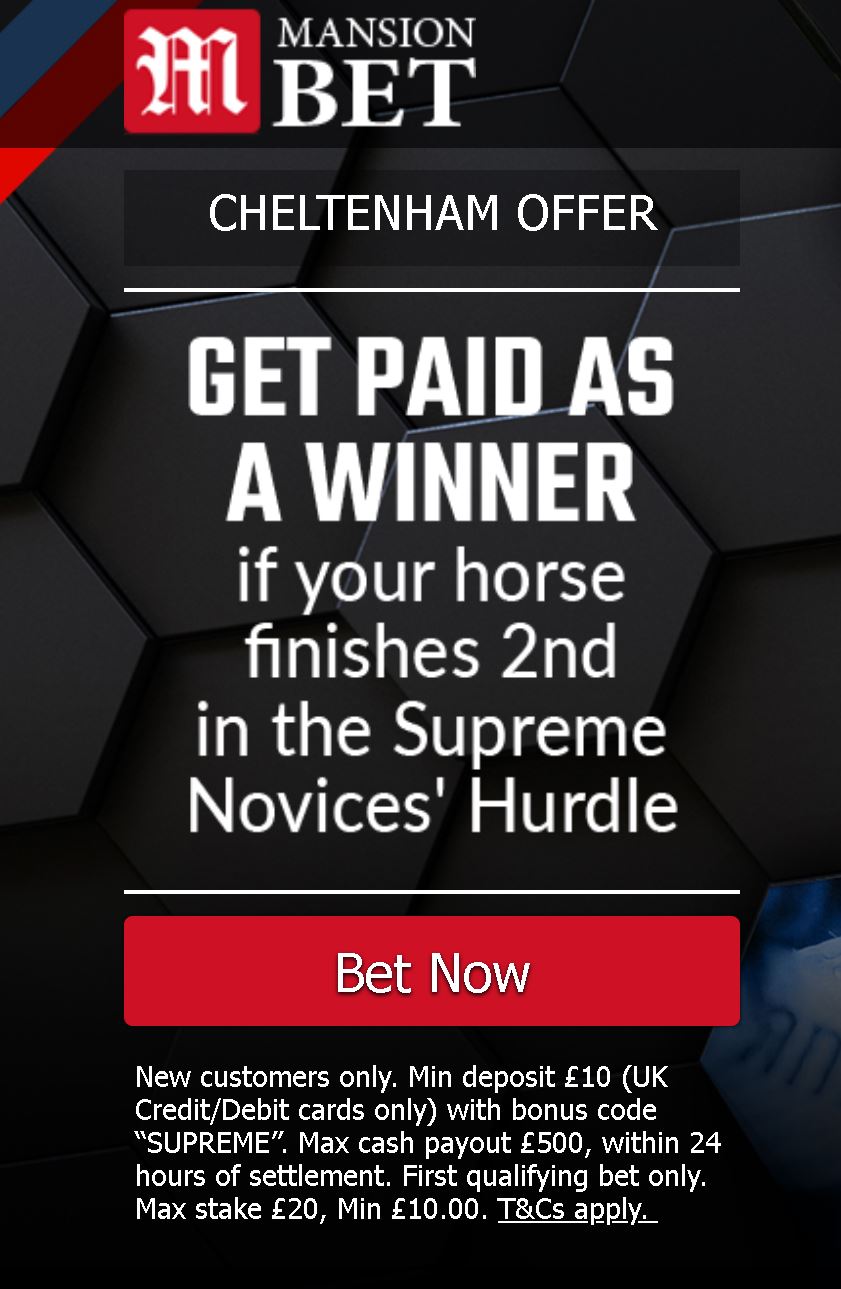 Read all our Cheltenham Festival 2020 tips, predictions, lucky 15 bets and race previews ahead of the four day’s of racing.

Fulham vs Manchester United Bet Builder Tips: 10/1 Bet for the Last Match Before the World Cup

Manchester City vs Brentford Bet Builder Tips: Haaland to Help with this 12/1 Shot