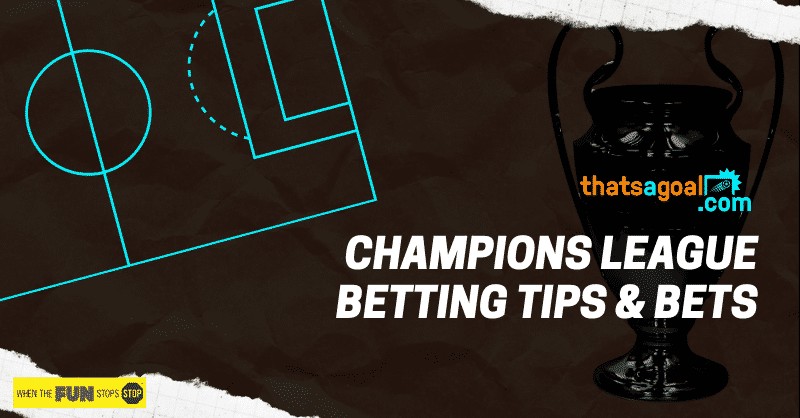 The Champions League group stages returns this week and we kick-off with eight matches on Tuesday 24th November including Rennes vs Chelsea and Manchester United vs Istanbul Basaksehir. You can see our predictions and betting tips for each match below.

Two of the matches kick-off at 5.55pm again and then the remaining six ties will start at 8pm. Away from the Premier League teams, we’ve also got the likes of PSG vs RB Leipzig and Borussia Dortmund vs Club Brugge to get stuck into.

You can see all of this week’s Champions League predictions below as well as some free bets and price boosts to spend on the midweek matches.

Sevilla haven’t exactly lit up the group with their performances so far but nevertheless, they are undefeated after three games and are level on seven points with group leaders, Chelsea.

Sevilla had to come from behind at home to Krasondar after going 2-0 down. The Russian side have taken just one point courtesy of a draw against Rennes. Despite their unconvincing displays, Sevilla are firm favourites and as such the double chance odds against them look favourable for Krasnodar’s home tie.

Chelsea are in perhaps the best form since Frank Lampard took over at the club. The remarakable run of clean sheets hasn’t been faultless but is a notable improvement on their early-season defensive displays.

The Blues eased to a 3-0 home win last time out against Rennes, thanks in part to two spot-kicks and a Dalbert red card. Given their rich vein of form, it would be a surprise to see Chelsea falter here.

The recently-crowned Golden Boy continued his impressive year with four goals in the Bundesliga at the weekend. The Norwegian international has now struck 15 in 12 for Dortmund this campaign, including four in his three Champions League fixtures.

Haaland bagged a brace against Club Brugge in the reverse fixture a fortnight ago and is even more likely to score when the Belgian side arrive in Germany. The odds aren’t spectacular but the likelihood makes up for that.

Lazio’s main goal threat has scored just one of their five Champions League group stage goals this season. In the league, Immobile has faired better with four in six and it’s that form he will hope to take into Lazio’s match up with Zenit.

The Russian side are bottom of the group with a solitary point to their name. They have conceded heaps of goals, allowing five in three but Lazio are firm favourites and Immobile is their most likely scorer.

It’s been far from a vintage season for Barcelona so far this campaign. Despite this, the Catalan side are three from three in their Champions League group, including a 2-0 triumph over Juventus.

Barca put five past Ferencvaros but stuttered to a 2-1 win over Dynamo Kyiv last time out. Dynamo Kyiv have conceded twice in each of their group games so far whilst Barcelona have managed just one clean sheet. Goals look likely in what should be a comfortable Barcelona victory.

Three offside goals against Barcelona were sandwiched by a brace against Dynamo Kyiv and Ferencvaros for Alvaro Morata. The Spaniard has found his groove in Turin with six goals for the season and has more appealing odds than a certain Cristiano Ronaldo heading into this one.

Ferencvaros have given a good account of themselves but are still huge underdogs for this game. Juventus should win comfortably and Morata is likely to get on the scoresheet as a result.

It’s been a strange start to the European season for Manchester United. An important 2-1 win over PSG was followed by an unexpected 5-0 win against RB Leipzig before an equally unexpected collapse against Istanbul Basaksehir.

Manchester United’s calamitous defending was to blame for the shock result and a repeat is almost unfathamble. Danny van de Beek has had limited opportunities this season but has performed wll when called upon in Europe. The Dutchman has an eye for goal and can stake a claim for a starting spot with a goal against a usually weak Basaksehir.

Three goals in five games for Yussuf Poulsen marks an excellent start to the season. Two fo his finishes have gone viral on social media and it isclear that the Danish international is playing with confidence. RB Leipzig have suffered just two defeats all season and got one over PSG two weeks ago.

PSG on the other hands, have work to do. Two defeats in Europe and three more in the league is not a good look for the Parisians. A damaging 3-2 defeat to Monaco having gone in 2-0 up at half-time will have knocked confidence further. RB Leipzig have every chance of doing the double and Poulsen is likely to be involved in some capacity.

Open a new 888Sport account and bet £10 on the Champions League this week.

Win or lose you will get £30 in free bets credited to your account.