The Blues find themselves in fourth place with a six-point cushion from Arsenal in fifth and just two points of second. Crystal Palace are currently ninth, two points from fifth. Will Mason Mount be fit for this weekend’s match with Crystal Palace? Find out what we think in our predicted line-up below including betting tips for the Premier League clash.

Chelsea are in superb form under Frank Lampard. The Blues have put together five straight league wins and have taken seven points from their last three Champions League games. Tammy Abraham is currently the league’s second top scorer behind Jamie Vardy. There will be a big selection decision for Frank Lampard in this match – he must decide whether Mason Mount is fit after going off injured in the thrilling 4-4 Champions League draw with Ajax on Tuesday evening.

Palace have only managed to take one point from their last three fixtures, albeit against three of the current top five. The Eagles pulled off a two goal comeback to draw with Arsenal in their last away game and once again Wilfried Zaha will be the key focus of Crystal Palace’s attack. Chelsea have been linked with the winger in January but first they need to get their transfer ban over-turned. 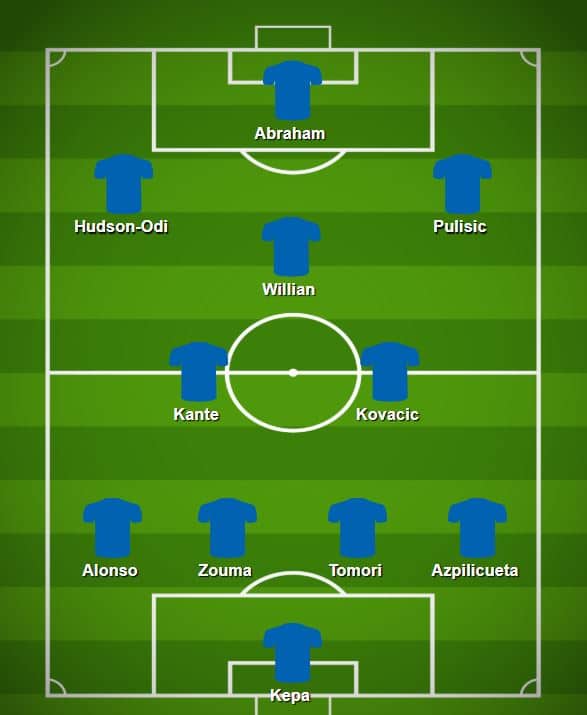 If Mason Mount is not fit to start this match, Willian might move into the central position with Callum Hudson Odi coming into the starting 11. This could also mean in-form Christian Pulisic moves to the right wing to support Tammy Abraham.

Jorginho is suspended so Frank Lampard will hope that N’golo Kante is fit enough to take his place in central midfield.

It’s a toss-up between Marcos Alonso and Emerson for the left-back slot but both Kurt Zouma and Tomori will start in central defence. Tomori has just had his first call-up to the England international team. Kepa will continue in goal after his eventful night against Ajax where he scored an unfortunate own-goal. 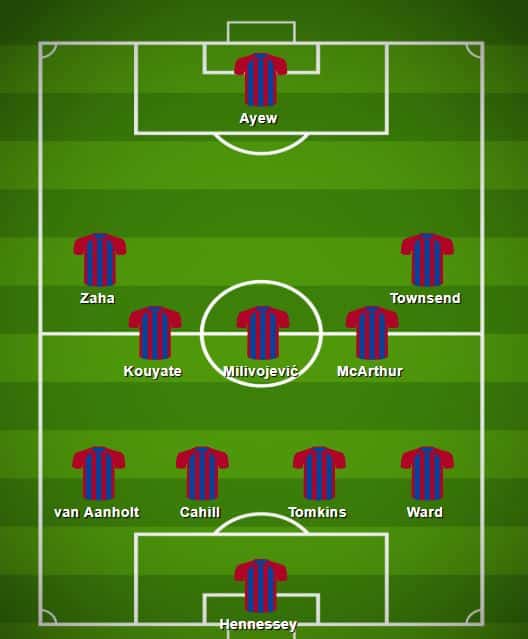 Crystal Palace are expected to stick with their defensive 4-5-1 formation for this difficult trip to Stamford Bridge and manager Roy Hodgson will hope Andros Townsend has recovered from a knock. Jordan Ayew will look to continue his good form in leading the attacking line for Palace. He’s scored two goals in his last four games for Palace.

In midfield, the hardened three of Kouyate, Milivojevic and McArthur will provide the steel and allow Zaha and Townsend to run the flanks and try and get in behind the Chelsea defence.

Abraham has already scored nine league goals from just ten starts. Palace have conceded in each of their last four and have allowed their opponents two goals in each of their last three. Chelsea’s no.9 is just one goal behind top goalscorer, Jamie Vardy. By Virtue of an earlier kick off, with backing Abraham to go top, at least for a few hours. Abraham to score is priced at 8/11 and that’s the first of this weekend’s Chelsea vs Crystal Palace betting tips.

Chelsea have been free scoring of late. They have scored four goals against Southampton, Burnley and Ajax in the past few weeks, but Crystal Palace have only conceded more than two goals on one occasion this season. The Eagles have struggled in front of goal, averaging just a goal a game whilst Chelsea have tightened up, amassing two clean sheets in their last five. Under 2.5 goals is priced at 11/8.

The Blues have the chance to go second if other results go their way. Given their rivals’ fixtures, that’s a genuine possibility. Expect Chelsea to take their chances to make it six league wins on the bounce. The return of N’Golo Kanté will give Chelsea a big boost. A 2-0 win for the Blues is priced at 2-0. 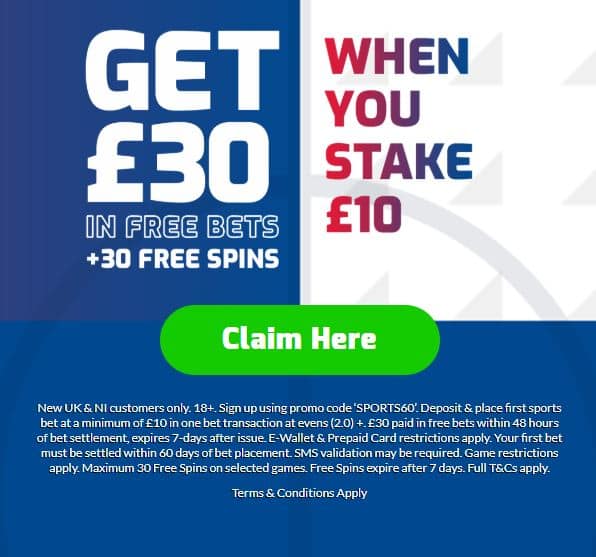 Read More: See the rest of this weekend’s Premier League betting tips or check out the latest BTTS tip for Saturday’s matches.