Can Manchester City close the gap at the top of the table?

Newcastle have struggled in front of goal for much of the season. They have only managed to score more than one goal a game in two occasions. They have lost to nil on three occasions this season. Two of those games came against two of last season’s top six. Meanwhile, Man City have won to nil on five occasions, each against bottom half opposition.

Newcastle have kept things tight against last season’s top six. They won 1-0 against both Tottenham and Manchester United and restricted Arsenal and Chelsea to just one goal apiece.  They have only conceded three or more on three occasions, none of which came in the last six games.

Sergio Aguero is the bookies’ favourite to score first at 23/10 followed by Gabriel Jesus at 13/5.

All odds courtesy of William Hill.

Newcastle have recovered from a poor start and currently sit in 14th, five points above the relegation zone. Steve Bruce’s side have continued to struggle for goals having scored 11 in 13. They lost 2-0 to Aston Villa on Monday with Miguel Almiron and Alan Saint-Maximin still searching for their first goals.

Man City bounced back from their defeat to Liverpool with a 2-1 win over Chelsea. Guardiola’s side came from behind to steal all three points and keep the gap to nine points. They haven’t been at their best in recent weeks but they remain in the title race at this early stage.

See our Liverpool vs Brighton betting tips for today.

Newcastle will likely sit deep and attempt to counter quickly. Manchester City are masters of picking apart teams who adopt similar tactics and will eventually find a way through. Newcastle possess pace on the counter in Almiron and Saint-Maximin and could cause problems if City leave themselves open. Guardiola’s side will dominate possession and Newcastle shouldn’t have too many opportunities but don’t be surprised if one results in a goal. 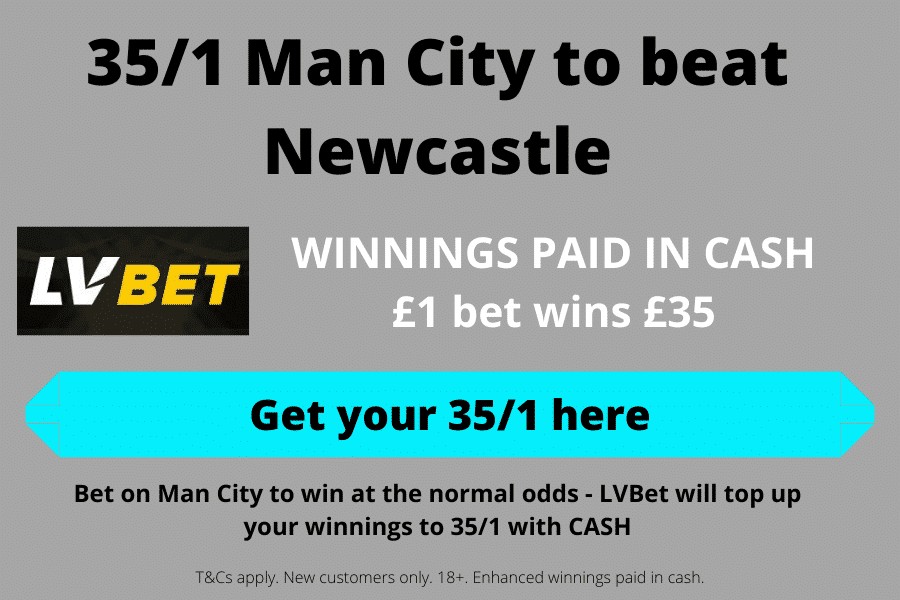