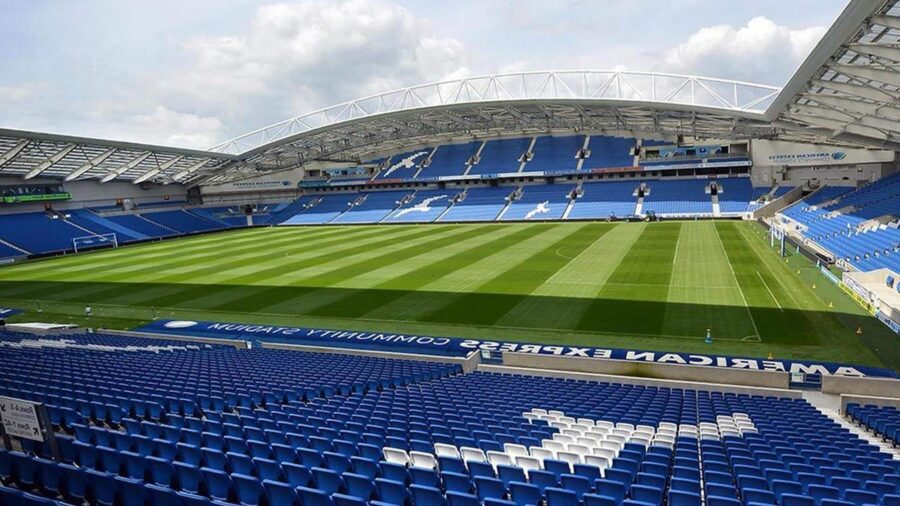 Brighton vs Nottingham Forest bet builder tips for the first of two Tuesday night fixtures in the Premier League, with these matches live on Amazon Prime.

Following an exciting weekend of Premier League action it’s on to some midweek football as Brighton take on Nottingham Forest and Crystal Palace welcome Wolves to Selhurst Park.

Hosts Brighton have two wins, one draw, and one loss this season in four Premier League contests on home soil. Nottingham Forest will be looking for their first win this season in away league matches, as they have four losses and one draw on the road. Forest will be out to end a five-match away winless streak (W0 D1 L4). The last time they earned a win away was August 6 against Newcastle United.

We’re using bet365 who are the best odds for this bet builder and if you follow the steps below you will qualify for their bet £10 get £50 sign-up bonus – which means if you bet £10 on this match you get five £10 free bets to spend on the upcoming football.

Despite The Seagulls not winning in their last three Premier League fixtures, I’m taking them to win this one at home to bottom of the table Nottingham Forest. Roberto De Zerbi’s side have won four of their nine Premier League fixtures, and sit in a respectable seventh in the table. Nottingham Forest have won just one league game this season, following their promotion from the Championship last season. I can’t see them picking up anything other than a defeat on their visit to the seaside.

Although I expect Brighton to win this one, I’m backing Forest to get themselves on the scoresheet at least. Steve Cooper’s side are struggling at the bottom of the table and will go all out to try and get some vital points on the board. Brighton have scored 14 Premier League goals this season, with Forest bagging just seven. Having said that, I think both teams will score here and this selection of the bet will land.

I’m backing Alexis Mac Allister to add to his goal tally in this one. The Brighton midfielder has scored four goals in the nine Premier League matches he has played so far this season. He is Brighton’s penalty taker and I think there’s a good chance of them being awarded one here, with Nottingham Forest committing an average of 11 fouls per game. Mac Allister averages 1.84 shots per match,  and I’m backing him to convert one in this fixture against a Forest side who have conceded 23 goals already this campaign.

How to get the odds for your bet DOUBLED!

🎁Sign-up to Grosvenor Sports betting and you get a 100% odds boost token.

This can be used on any bet on a maximum stake of £10.