Both Teams to Score tips for the Tuesday evening matches including the reasons for each BTTS prediction and a sign-up offer to get FOUR free £10 bets once you bet £10 on this tip.

We use Unibet for our BTTS tips because it means we can add the bet straight to your own betslip for you. If you regularly follow our tips I’d advise getting an account with them.

Add all our bets to your own betslip with one click.

Bet on their daily price boosts. 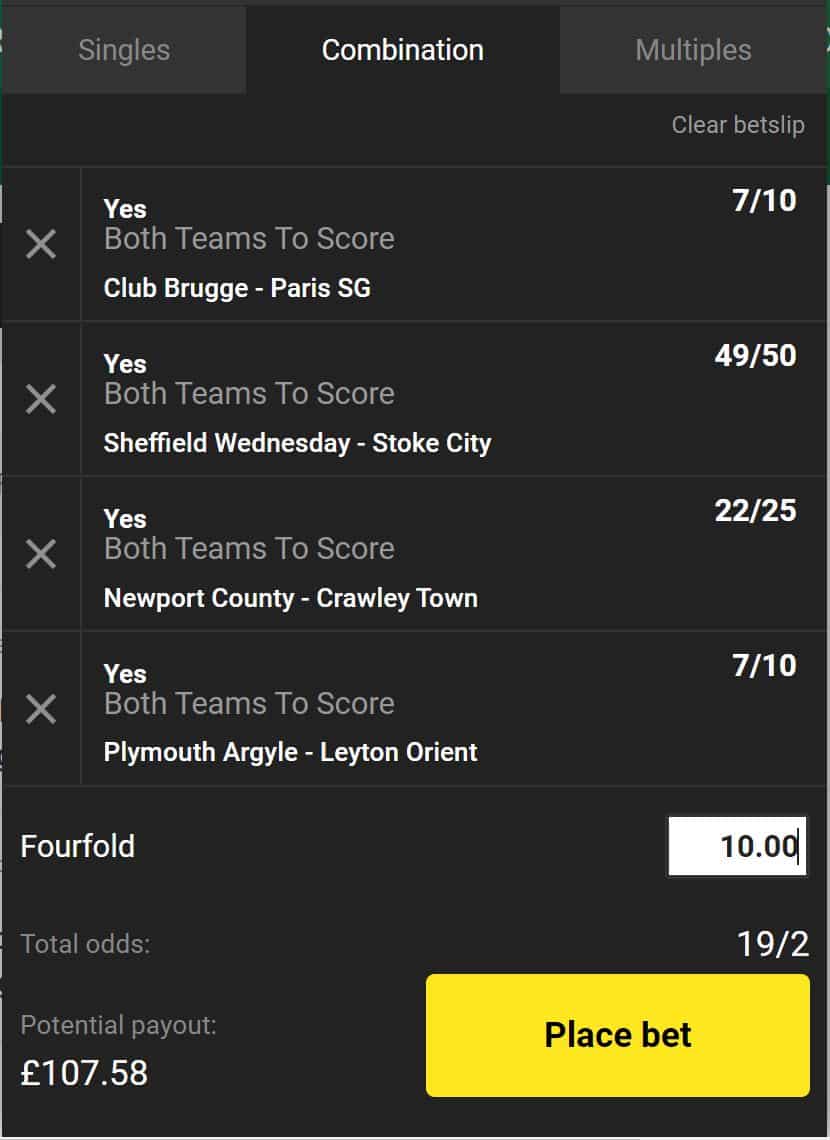 As they return to decent goal-scoring form, Paris Saint-Germain visit a useful Club Brugge team for Champions League group action and that clash features in this Tuesday BTTS four-fold accumulator. Championship action is also covered with Stoke seeking a third successive victory as they visit Sheffield Wednesday. The final selections involve games in League Two with capable home outfits Plymouth and Newport hosting teams always liable to score goals. Odds of approximately 10/1 are likely to be available for the successful outcome of these tips.

Having won their two previous Champions League group games without conceding a goal, PSG now travel to Belgium seeking a fifth consecutive competitive victory. The French Ligue 1 champions have netted four times in each of their last two league games and have failed to find the net in just one game this term, although one or two very late winners have been scored. Hosts Club Brugge have yet to lose a game this season and have netted in each of their last six matches including a 2-2 draw at Real Madrid. Brugge have also failed to score in just two competitive games this term.

When losing two recent Championship games at the Britannia Stadium, Nathan Jones appeared to accept that he may lose his job as Stoke manager but two successive victories have rejuvenated the Potters. It is also worth noting that Stoke have failed to score a goal in just three games this season ahead of this visit to Hillsborough. Hosts Sheffield Wednesday are not the most consistent of teams but only Everton have prevented the Owls from netting on home soil this term. Wednesday were also denied victory at Cardiff on Friday by a controversial late goal.

Three successive League Two victories have allowed Newport to climb into the top three positions in the league table and they have netted in every league fixture at Rodney Parade this season. County now host a Crawley team which may not be the best of travellers but which has netted in each of their league fixtures during the current campaign. Both teams have also scored in the last six League Two fixtures played by Crawley.

Since participating in a 0-0 home draw with Stevenage during mid-August, Leyton Orient have netted in each of their subsequent League Two fixtures culminating in winning all three games this month and beating a poor Grimsby team 4-0 at the weekend. Yet visiting Plymouth will be no easy task with the Pilgrims failing to net in just one league game at Home Park this term when beaten by Cheltenham. Argyle have also scored at least twice in five of their last six league games on home turf.

ADD THIS TIP TO YOUR BETSLIP

If you’re betting £10 on a bet tonight, you might as well use the Unibet sign-up offer because you’ll get FOUR free £10 bets added to your account. Follow the steps below to get the 4 free £10 bets: 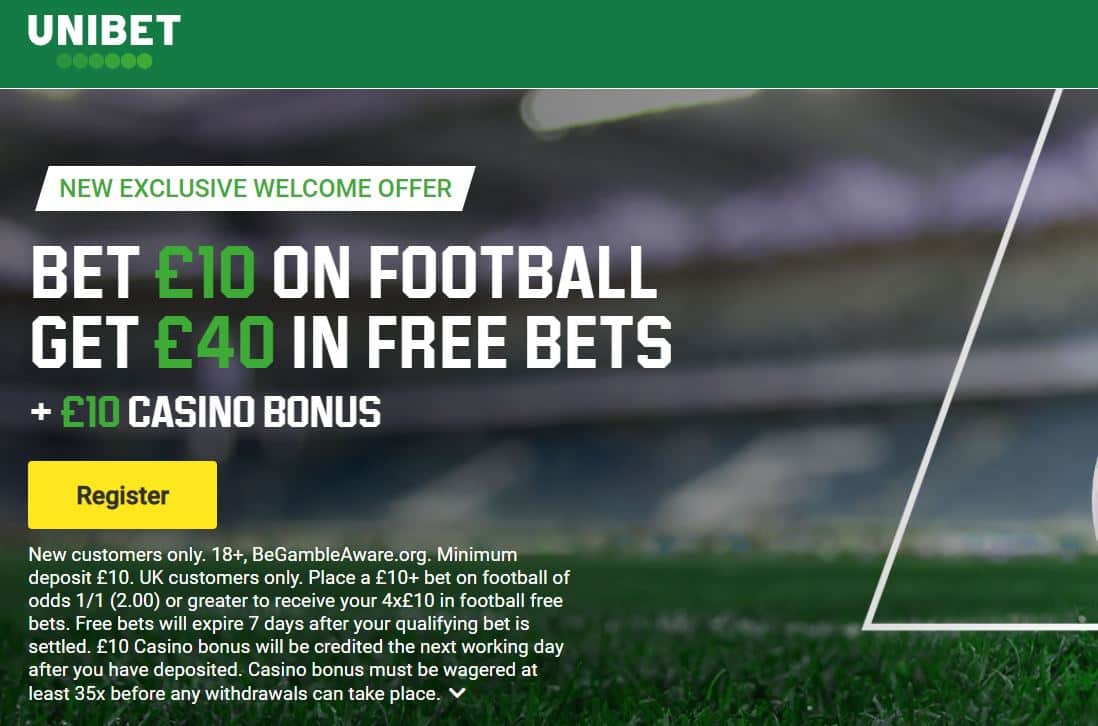