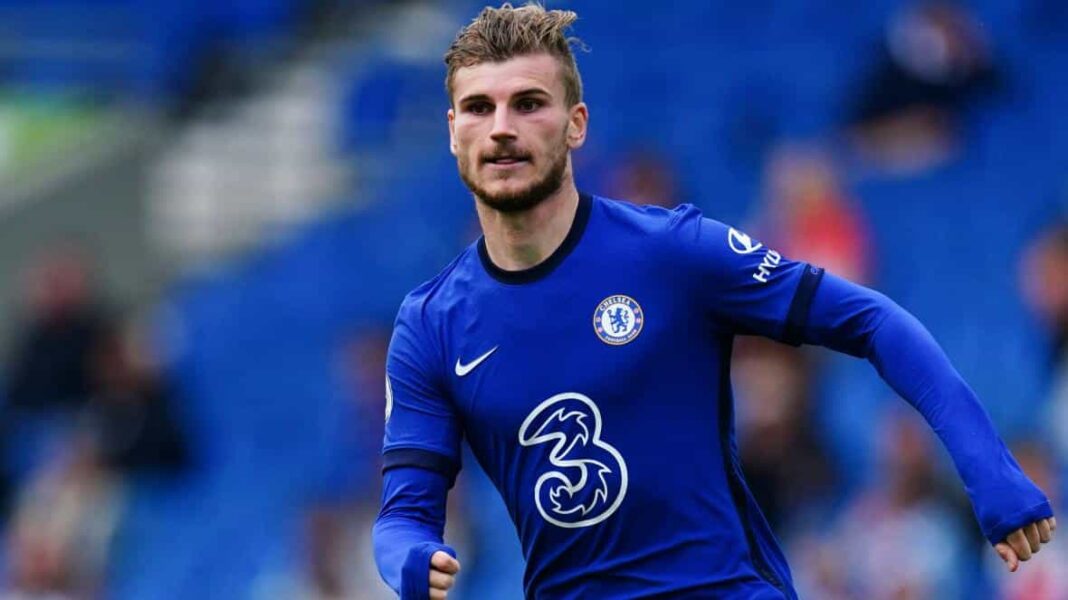 Football pundit Paul Merson has made his predictions for this weekend’s Premier League fixtures, starting with the 12.30pm kick-off between Arsenal and Newcastle on Saturday afternoon.

The big match of the weekend comes at 4.30pm on Sunday when Chelsea host Manchester United but before that, Manchester City play West Ham and Liverpool host Southampton looking to close the gap at the top.

United could have a new manager in place by the time the sides kick-off on Sunday afternoon but it is Chelsea that are getting all the plaudits so far this season and go into the weekend three points clear at the top of the table.

Eddie Howe has now tested negative for COVID-19 so he will be in the dugout for the trip to Arsenal, which is live on BT Sport on Saturday lunchtime and the evening kick-off sees struggling Leeds United travel to Brighton. Bielsa’s side are down in 17th place in the table with just two wins to their name this season.

Liverpool face what looks like an easy home match against Southampton and Jurgen Klopp was able to rest some of his big names in the Champions League win over Porto, but we can expect the likes of Trent Alexander-Arnold and Virgil Van-Dijk to be back in the Liverpool starting line-up this weekend.

Paul Merson is predicting an easy win for Liverpool in that one and can’t see anything but a home win in the Super Sunday clash between Chelsea and Manchester United, he has predicted all the weekend fixtures for Sportskeeda and you can see them below.

Everton were blown away by Manchester City last week and have failed to get going this year.

They still have too many big names out of contention at the moment.

If Dominic Calvert-Lewin was available this week, I’d back them to win this game.

Brentford did well to come back from 1-0 down against Newcastle last week, and they’ll be disappointed to have thrown it away in the end.

This is a must-win game for both teams, and Brentford need to back themselves.

Brentford have hit a brick wall this month – they need to go back to what they were at the start of the season.

They managed to pin Chelsea back for 30 minutes, and they need to rediscover that form.

I think Brentford have what it takes to win this game.

West Ham beat Liverpool this month, but lost what should’ve been a run-of-the-mill game against Wolves.

That’s been the problem with them this season – they’ve found out that it’s easy to get into the top four, but the hardest thing is to stay there.

Manchester City dominated the game against PSG this week and were ripping them to shreds for the most part.

They didn’t score too many goals, however, and that is their Achilles’ heel.

West Ham are going to set up on the counter with Fornals and Antonio, but I can’t see them beating Manchester City.

Watford are buzzing at the moment. They’re going to be one of those teams that are hit-and-miss all season.

Watford have managed a few victories along the way, and they have enough in their ranks to step up and win relegation battles.

The game that no one expects you to win are the games that keep you afloat.

Leicester are struggling, and the crowd booed them off the pitch this week.

They’re fairly wound up at the moment, but you can count on Brendan Rodgers to get them going.

A lot depends on Youri Tielemans and his form and fitness, but I will back Leicester to win this game.

Antonio Conte has been a good acquisition for Tottenham – he gets them to play well.

Harry Kane is yet to hit his peak this season, and he’s shooting at the goalkeeper and hitting the post more often than not at the moment.

Conte’s players do score goals, and he ensures that his forwards succeed.

A trip to Burnley is difficult, however, and I see these two teams playing out a draw this weekend.

I can’t see anything but a Chelsea win here. They’ll squeeze and dominate the game, and they’ll probably have about 70 per cent of the ball.

Manchester United will set up with Ronaldo up front, and he’s not running away from anybody.

They need pace on the wings, and they need a player like Cavani to press Chelsea high up the pitch. As it stands, however, I think Chelsea will break them down comfortably.

There are a lot of names floating around the club now, and it’s a joke that it’s coming down to an interim manager for Manchester United.

They’re not bringing anyone world-class to the club for six months, so they do need someone who knows the club inside out and knows what it means to play for the shirt.

Manchester United don’t know what they want at the moment. If Watford hadn’t scored those two late goals last weekend, Ole would’ve still been the manager.

They need to get into the top four this season – let’s be honest, they’re not winning the Champions League.

Ronaldo will still keep his place in the side under Michael Carrick.

At the start of the season, I mentioned that they were further away from winning the Premier League than they were before he was bought. Now, they’re a million miles away.

Manchester United had a plan last season. They worked hard to keep Edinson Cavani at the club, and Ole Gunnar Solskjaer chased Jadon Sancho’s signature down for the better part of 18 months. With Ronaldo in the team now, they can’t play the way they want to.

United want to play on the counter-attack, but I don’t see Cristiano Ronaldo closing anyone down.

They don’t defend up the pitch, and their back four is completely isolated. I don’t think Ronaldo suits the club at the moment.

I know he scored against Villarreal – he’s going to score a lot of goals this season. But he’s 36. He’s not the future of Manchester United.

Manchester United are struggling at the moment. They’ve got no plan, and they don’t have a manager for the next six months.

Their Champions League campaign is papering over the cracks, and whoever draws them in the next round will be more than happy.

Bet on Paul Merson’s predictions with a free bet.