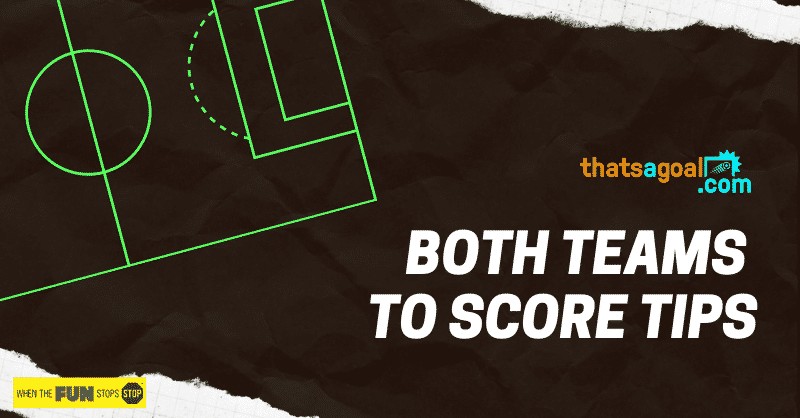 The new football season means we’re back with our both teams to score tips and the Saturday 5-fold covers four 3pm matches from the Championship, League One and League Two.

At the time of writing, the best odds available for this BTTS tip are 18.8/1 with SBK and you can currently get their bet £10 get £30 sign-up bonus, which means that you’ll get £30 in free bets added to your account if you sign-up and bet £10 on this BTTS bet, or any other football bet today.

£30 in free bets for the opening weekend

Saturday’s Both Teams to Score Tip

Wigan’s tumultuous couple of years has finally been rewarded with a League One title, and the Latics start their campaign in a north-west derby against Preston North End. The away side have been proactive in the transfer market by bringing in Freddie Woodman, Alvaro Fernandez, Robbie Brady, Ben Woodburn and Troy Parrott – and although the home outfit have only brought in Ryan Nyambe as their only first-team incoming, a rapturous, frantic game is expected at the DW Stadium. For even odds, goals are expected in Greater Manchester.

Blackburn have still kept Ben Brereton Diaz in their ranks despite links of a move to Sevilla, West Ham United and Newcastle across the summer. They may only have him for the next few weeks, but Jon Dahl Tomasson would be silly not to utilise him whilst he remains in a blue and white shirt. Alongside Tyrhys Dolan and Dilan Markanday, the Chile international could run riot. Meanwhile, QPR have been tipped as dark horses under Michael Beale, and the west London side could well improve on their 11th-placed finish last season after being in the play-off hunt for quite some time. 4/5 seems a good price.

Accrington Stanley games always produce goals, although the loss of their star striker Colby Bishop could change that on the opening day. They have brought in Spanish duo Alhagi Touray Sisay and Enock Lusiama on free transfers from the doldrums of lower league – a place where they regularly find bargains such as Bishop – and with their usual powerforce such as Tommy Leigh and Sean McConville, they shouldn’t struggle on Saturday afternoon against the London giants. Charlton themselves have brought in free-scoring midfielder Jack Payne from Swindon Town, and with both teams scoring in both games last season, 8/11 is too good a price to turn down.

Carlisle have brought in young starlet Ryan Edmondson from Leeds in a bid to give him his first crack of the whip at a permanent side following multiple loan spells in the lower leagues, whilst Crawley have brought in last season’s League Two top scorer Dominic Telford on a free transfer. Again, both sides scored in both games last season and with added power in their attacking contingencies, 5/6 is a brilliant prices on what should be a cracker at Brunton Park.

Mariners fans will be over the moon with their instant yet almost bewildering return to the Football League, and a trip to the capital faces them at Brisbane Road. Having been dragged through games in the play-offs with dramatic BTTS wins over Notts County, favourites Wrexham and Solihull Moors, Paul Hurst’s team know where the back of the net is. Meanwhile, Orient scored in over half of their home games last season, and against a newly-promoted side, that will be expected to continue.