The final FA Cup Third Round fixture takes place tonight and it’s a big one – Arsenal host Championship side Leeds United at the Emirates Stadium. We’ve taken a look at the best football betting tips for the FA Cup clash using the Betfair price boosts and #oddsonthat offers.

It is still early in Mikel Arteta’s reign, but Arsenal have shown signs of being a football team again and Mesut Ozil is actually running around the pitch. That can only be a good thing for Arteta and he’ll be desperate to take Arsenal on a good FA Cup run this campaign.

Leeds have been in great form themselves this season and have another great chance of promotion back to the Premier League – a cup run won’t be high on Marcelo Bielsa’s to-do list, but 8,000 Leeds fans will be hopeful of a positive result in North London. See the best Arsenal vs Leeds betting tips and predictions from the Betfair price boosts tonight and also the #oddsonthat odds up for grabs. 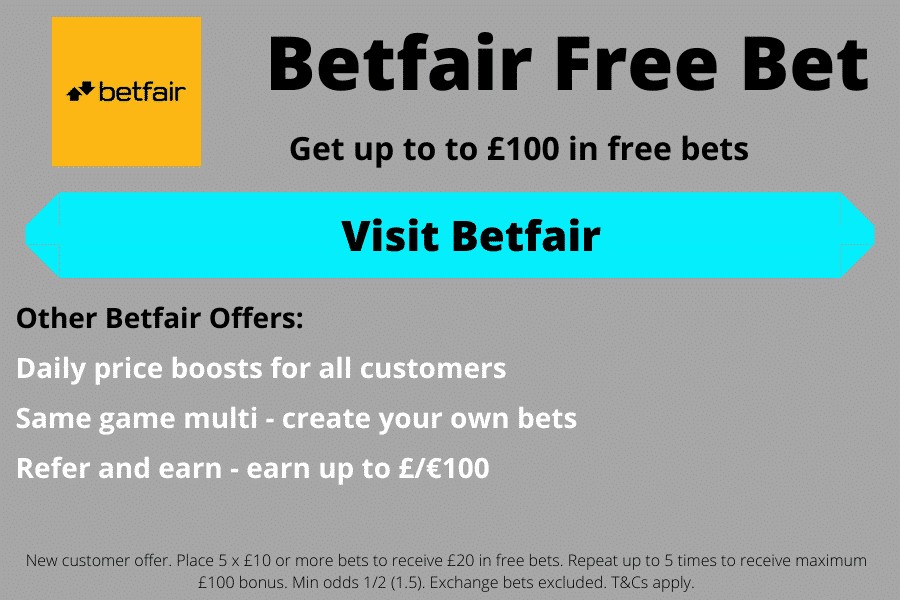 Mikel Arteta might be tempted to make a few changes to his starting line-up tonight but I can’t see him making the number of wholesale changes that other Gunners managers have made at this stage in the past. The Spaniard will know this will be a difficult game even with a full-strength side. Leeds are still top of the Championship but they are conceding goals and their high-tempo approach might have just caught up with them over the Christmas period. If the likes of Ozil, Lacazette and Aubameyang start tonight then the pace of the two strikers and Ozil’s ability to keep the ball could once again be tough for Leeds to cope with.

This correct score prediction looks a decent bet for the match tonight and the Gunners can expect to score a few goals against a Leeds side who blew a three-goal lead at home to Cardiff not so long ago. It would also be no surprise to see a both teams to score bet land in this match.

Arsenal vs Leeds Scorecast: Ozil to score first and Arsenal to win 2-0 or 2-1

If you are looking for a bigger odds bet on the FA Cup game tonight, this might be the answer but we’re relying on Mesut Ozil starting the match. The German played really well against Manchester United last time out and Arteta has clearly told Ozil that he is central to his plans. If this bet is to be a winner then we’re relying on Ozil to start and also for a few Gunners players to be rested, giving Leeds a better chance. The Championship leaders will fancy their chances of scoring though as both teams have scored in their last five league games including a ridiculous 5-4 win at Birmingham a week ago.

For a bigger odds bet on the Arsenal vs Leeds game tonight, you won’t find much better than this 40/1 shot, but be sure to check the team news as we need Ozil to be in the Arsenal starting line-up.

With Betfair, you can build your own bet and get the odds for it straight away, or you can bet on something other people have already built. There are loads on the Arsenal vs Leeds odds at Betfair already but I have chosen one that I most like the look of. Below you’ll find some of the other #oddsonthat bets for the game tonight:

To see the full list just head to Betfair > Arsenal vs Leeds. The bet I have picked out from the selections is a 10/1 bet from the corners, cards and goals markets. For this bet to be a winning one we need there to be: three or more goals in the match, six or more cards in the match and nine or more corners in the match.

In what is expected to be an open game we should see goals and a lot of corners, with both sides looking to attack. Hopefully, the cards will be made up from tactical fouls and Leeds players stopping quick breaks or getting frustrated with the match.

1 Join Betfair using this special link to the £100

Once you have got a Betfair account you can bet on any of their price boosts every day – they not only have boosts on individual matches but also on cross-game accumulators including over 2.5 and 1.5 odds boosts.