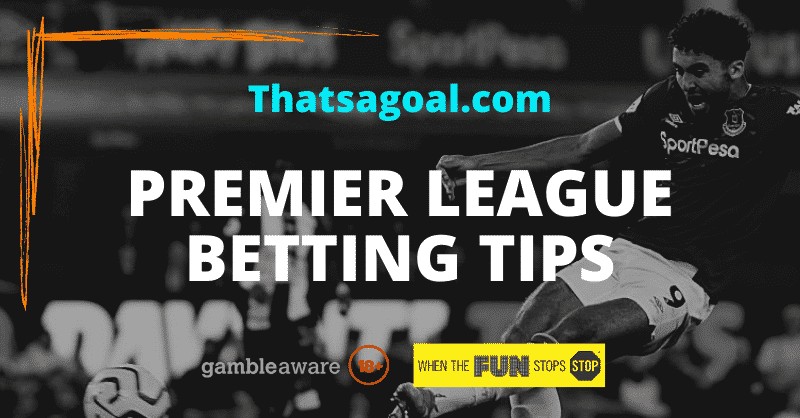 Four more Premier League matches take place on Sunday with Manchester City vs Liverpool the highlight at 4.30pm. Fabio has picked out a bet for each game to make up a 55/1 accumulator.

Manchester United picked up three points against Everton in the early Saturday fixture and Southampton beat Newcastle on Friday night to go top of the Premier League table. Everton have fallen from grace after losing their last three matches and now Liverpool have a chance to get back on top against one of their title rivals Manchester City.

Elsewhere, in-form Tottenham play West Brom and high flying Leicester host Wolves, who have struggled for form. The final game of the weekend is Aston Villa’s trip to Arsenal.

Read all our Premier League betting tips and predictions for Sunday’s matches below.

The Premier League top goalscorer is currently Heung-Min Son with eight league goals. He’s scored in four of his seven fixtures and now faces one of the Premier League’s most porous defenses.

If the Baggies allow any space in behind, Son is likely to find the back of the net but that’s not his only route to goal. Capable of bending one in from the edge of the box, Son will be a constant danger to the West Brom backline, particularly with Harry Kane playing him in.

Podence scored his second league goal of the season as Wolves won comfortably against Crystal Palace. A series of positive performances has kept Podence in the side of Adama Traoré at the start of the season.

Leicester have been a very tricky team to predict but clean sheets have come at a premium. Burnley, West Ham, and Leeds have all breached the Foxes backline this season, and Wolves are likely to do the same. Jimenez is undoubtedly the most likely scorer for Nuno Espirito Santo’s side, but if you fancy longer odds, Podence offers great value.

Jota’s move to Liverpool raised a few eyebrows, particularly with the lack of media coverage but the Portuguese international has settled in quickly. Jota’s form has been fantastic so far with a Champions League hat-trick against Atalanta firmly throwing his name into starting XI contention.

Even if Jota doesn’t start against Manchester City, he’s likely to get at least 20 minutes to prove his worth. Against City’s often leaky high defensive line, Jota’s pace could cause issues.

Arsenal fully deserved their win over Manchester United at the weekend. The Gunners were quite clearly the better side on the day and conceded few chances. Their defence has definitely tightened up under Arteta with three consecutive 1-0 scorelines in the league.

Aston Villa’s unbeaten start ended abruptly conceding seven in two but Villains have shown that they know how to keep sides at bay. Arsenal haven’t pulled up any trees going forward and a low scoring game is likely. Arsenal are the more likely to win to nil but ‘both teams to score – no’ will cover your bases.

Add all four of these Sunday predictions into a William Hill betslip and you’ll get around 55/1. That means a £10 bet returns £560 and if you are a new William Hill customer betting for the first time, you will also get their bet £10 get £30 sign-up bonus.

This will give you two free £15 bets to spend on the rest of the weekend football.

If you need a William Hill account, use the steps below to claim their £30 sign-up bonus. Bet £10 on a footy bet today and win or lose you will get two free £15 bets. These come as one of our highly rated bookies for football betting because of all of the existing customer offers you will see below.

1 Join William hill via this link