It’s likely to be a tight nervy affair with a mistake or defensive lapse being the difference. Watford’s Ismaila Sarr may just hold the key as Watford claim a crucial three points and do the double over the Canaries.

Neither side has won a game in their last five league fixtures.

Watford sit just outside the relegation zone at the time of writing, separated but just a point. Norwich are rock bottom, seven points adrift. Watford have been incredibly poor since the restart, picking up just one point from four games. That point came courtesy of a stoppage-time set-piece converted by Craig Dawson against Leicester.

The Hornets turned in another lackluster performance against Chelsea and look some way off the mark. Luckily for Watford fans, the same can be said for many of their relegation rivals but this one is a must win game for Watford. They have scored just two goals in their last five games, conceding six in the last two.

There is no new injury news for Watford at the time of writing.

Norwich look dead and buried with five games to play and defeat here will surely spell the end for Daniel Farke’s side. The Canaries haven’t won since February but have the chance to close down the gap to four points with four to play.

Norwich have scored one goal since January, failing to register in any of their last five. No side has scored fewer in the Premier League.

Defensively, the Canaries are arguably worse, having conceded a league-high 61 goals in 33 games.

Norwich also have no new team news to report. Teemu Pukki and Todd Cantwell are expected to retake their spots in the starting XI.

Neither side have been playing anywhere close to their full potential right now. Watford have the points advantage and will see this as a massive opportunity to distance themselves from the relegation zone so the first prediction for this match is a narrow win for Watford, with 1-0 being the score we’re going for. Elsewhere, go for both teams to score NO at 4/5.

Watford have won 28, drawn 29 and lost 42 against Norwich overall. Watford won their last meeting 2-0, their only fixture since 2016.

Read about William Hill’s welcome bonus to get a £30 free bet.

Get a £10 free bet for a both teams to score coupon.

The price boosts below all come from William Hill and are only available there so if you need an account, open one today and get the William Hill bet £10 get £30 sign-up bonus. Once you have your account you can bet on enhanced odds offers for every Premier League fixture.

Troy Deeney is Watford’s talisman and the player who the Hornets will be relying on to get them out of trouble in this run-in. This is their biggest game of the season so far and Deeney will need to drag his side over the line. William Hill have boosted Deeney to score first to 4/1 and this will be the best price you can get from the big online bookmakers. He is also the Watford penalty taker which is always an added bonus when looking for a first goalscorer bet.

The second price boost is for Watford to win both halves. Given Norwich’s struggles, this might be a good bet. The Canaries are leaking goals and at the other end they aren’t scoring. Temmu Pukki’s flying start to the season shows no signs of resurfacing and if Watford can get an early goal here then Norwich will have to look to score, providing space for the home side to pounce and get more goals. If you think Watford will run out comfortable winners here, this could be a good betting tip.

If Norwich are to get themselves out of troble, Teemu Pukki needs to start scoring goals again. Although this isn’t a bet I would place on the match, it might be a good one for the Norwich fans, especially if Pukki is confirmed as a starter in what is a must-win game for Daniel Farke’s men. The odds for this should be 9/1 (£10 bet wins £55), but they have been boosted to 11/2 (£10 bet wins £65) with this William Hill price boost.

Norwich always look to play attacking football and if Watford are not at their best defensively then Teemu Pukki will get chances at Vicarage Road. The Finnish striker is clinical and does take a lot of shots on, so it’s not beyond the realms of possibility that this bet will be a winning one. Norwich’s attacking play has often been their downfall this season however it does mean they create chances, making this 7/1 bet a lively outsider to say the least. 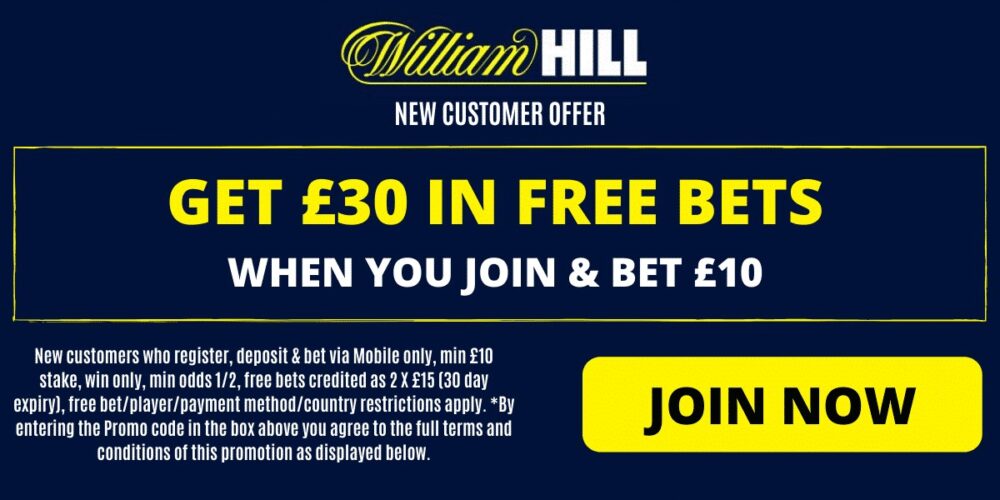